The Poisoning of Our Politics: Partisan Elections - Open Primaries 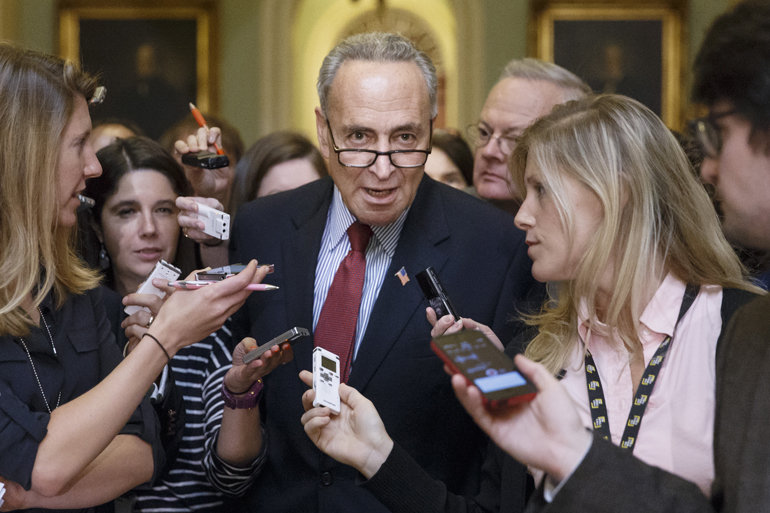 That doesn’t keep the same old objections from being raised, as they were in Oregon in 2014 when voters there considered, and ultimately turned down, a proposition to create a nonpartisan open primary election system. But the tide has been turning on the issue. U.S. Sen. Chuck Schumer of New York -- a Democrat and as partisan a politician as you will find -- wrote an op-ed in The New York Times in July 2014 in support of open primaries. Party-controlled primaries, he asserted, “poison the health [of our political system] and warp its natural balance.”

It strikes me that political parties are private organizations with no more right to legal control over the electoral process than ExxonMobil, Planned Parenthood, the National Rifle Association or the Sierra Club. And a recent Gallup poll found that significantly more Americans identify as independents, 42 percent, than as Democrats (29 percent) or Republicans (26 percent). The two political parties do not represent those independents.

In last month’s issue, Liz Farmer wrote about the difficulties black women have had in gaining statewide elected office. A major factor, she wrote, is that because state party leadership is heavily white and male, “recruitment also tends to skew white and male.” While the parties have frequently argued against nonpartisan elections by asserting that women and minority candidates need the party organizations behind them, Barry’s analysis shows the opposite to be true. He writes that among the 100 largest cities, “nonpartisan cities have been more likely than partisan cities to elect minority (and women) mayors.” Of the 100 largest cities in 2003, he notes, a dozen had women mayors, all of them elected in nonpartisan races.

Most policy analysts will tell you that a system produces exactly the results it is designed to produce. Disgust with the parties is high, party affiliation is weak and voter turnout in the 2014 elections was the lowest it has been in 70 years. Clearly it’s time to change the system, and the parties aren’t going to lead that change.

Those who want greater turnout in elections, more successful women and minority candidates, less gerrymandering, less ideological extremism and more pragmatic policymaking have a ready tool: Take the electoral machinery back from the private organizations that have given us the broken system of governance we have now.