This is an All-Hands-On-Deck Moment for Our Democracy 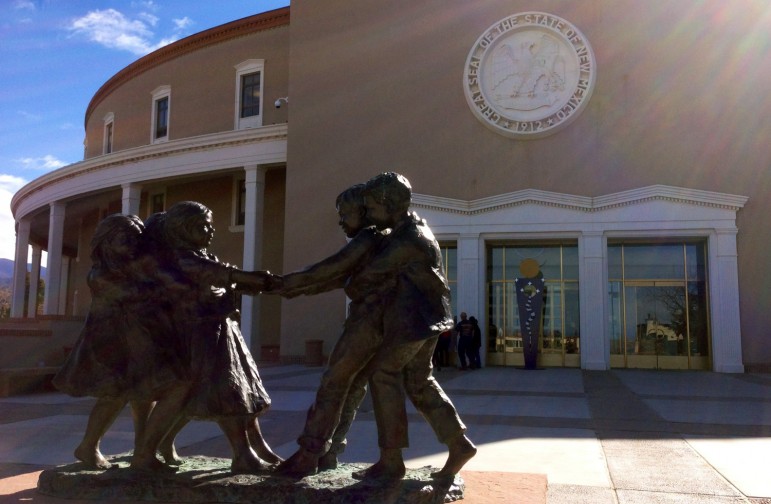 Yet, at the very moment when we need every American to step forth, contribute, and come together to rebuild a government by and for the people, New Mexico’s current primary election system disenfranchises over 250,000 registered voters — 22 percent of the entire New Mexico electorate — who have refused to align with a political party.

By being excluded from voting in the primary, New Mexico’s 250,000 independent voters find themselves represented today by officials they were never able to cast a ballot for or against. In 2014, out of 341 public offices up for election in New Mexico, 199 of them were decided during the primary. In 2016 it looks like over half of the state legislative seats have no general election opposition and neither of the two Public Regulation Commissions do either.

This system discourages competition and has institutionalized unnecessary and anti-competitive barriers to participation, leaving all voters angry at a system that is rigged to benefit insiders in both parties at the expense of the rest of us.

When we talk about voter suppression, we often focus on “dirty tricks” that make voting inconvenient or confusing, or identification requirements that put unnecessary hurdles in front of people in the name of preventing voter fraud. But these barriers, while serious, pale in comparison to the impact that closed, partisan primaries have on the ability of hundreds of thousands of people in our state to cast a ballot.

The practice of excluding independent voters from the first round of elections is having a devastating impact on future participation, as 50 percent of millennial voters are identifying as politically independent and more and more voters across the spectrum are joining them.

New Mexico’s current primary election system is also a contributing factor to the partisan dysfunction that is plaguing this great state. We are faced with a hyper-polarized climate that makes it almost impossible for even the most devoted public servants to govern. In New Mexico today, fewer than 5 percent of voters are deciding who represents 100 percent of their district in a closed primary.

When the first round of voting is restricted to narrow party bases, we get a system that prioritizes party loyalty over the public good. Partisanship is poisoning our great democracy and leaving voters with the false choice of playing along or sitting it out.

We should apply those same free-market principles of open competition that work so well for businesses and consumers to our ballot so that we can get the best candidates representing our state, regardless of party affiliation. With public, non-partisan primary elections:

That is how you get voters to the polls and increase government effectiveness and accountability. In states that have adopted such systems, like Nebraska, coalition-building on issues critical to the public prevail over partisan politics. The corrosive effects of partisan gamesmanship are diminished, and productive legislating thrives. It’s a model of effective and transparent government that can work in New Mexico.

Fortunately, because of New Mexico’s rich history, it already has open election systems. It is how all city council members and mayors are chosen. Public opinion data suggests that New Mexicans are far more pleased with their local governments than either the state or federal levels. It is a proven solution to a problem weakening this great state.

For New Mexicans fed up with the partisan paralyses of our government, non-partisan elections offer real hope for the future. New Mexicans can reform our democracy and show the politicians in Washington and the rest of the country how to get things done and build a better America. It’s time for all hands on deck.