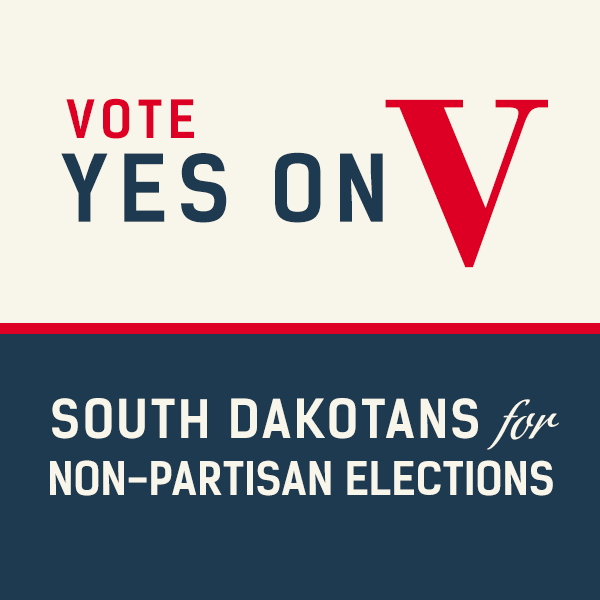 A coalition of Republicans, Democrats, and independents have come together to enact public, nonpartisan primaries in South Dakota. Amendment V will be on the ballot this November and the political establishment in South Dakota is up in arms. The last thing they want to see is the people come together across party lines to change the system so that the voters, not the parties, have the power.

You can help. Every dollar given to Vote Yes on V will be matched 2-to-1 by Open Primaries. Click here to donate.

Read more about the Yes on V campaign:

Two weeks ago, a federal appeals court rejected the Hawaii Democratic Party’s efforts to overturn a previous ruling in defense of the State’s open primary system. The court upheld the lower court’s decision by asserting that the HDP could not provide adequate evidence that the open system infringed upon its First Amendment right to freedom of association.

This is an important legal victory because the court shifted the burden of proof away from the voters and onto the political parties. They must be able to prove, state-by-state, that open primaries violate their freedom of association.

Open Primaries staff and volunteers went to the 2016 Democratic National Convention in Philadelphia to deliver our 40,000 signature petition and introduce an open primaries resolution at the rules committee meeting. Maggie Wunderly, a member of the Democratic Party Rules Committee, introduced the resolution, petition in-hand, and faced off against Rules Committee Chair Barney Frank. It was quite a spectacle to behold -- an activist standing up against an establishment stalwart as entrenched as Frank. Ultimately, over 25% of the Committee voted to enact a 50-state open primaries rule -- the first time that a major party has ever formally considered it.

While no major electoral reform measure passed at the DNC, we did force the Rules Committee to establish a “unity reform commission” to review issues of process and participation.

During the rules committee meeting, we took video testimonials of a number of our supporters, protesters, activists, and delegates, many of whom were frustrated when the Rules Committee meeting was closed to the public at the last-possible second.

If everyone who signed our petition shares it with just two friends, we can make our benchmark of 100k.

Rumour has it that Bernie Sanders is telling his 1,900-some-odd delegates to vote for open primaries. We are organizing to unite as many delegates and supporters around our cause as we can possibly find, and we intend to mobilize our network at the Convention, make a press splash, and make our presence known.

With only a week to go until the Republicans convene in Cleveland, our movement has begun to make the political establishment sweat. In the past two weeks alone, two national news outlets came out against open primaries, offering sophomoric and fallacious opinion pieces that do little to discount the notion that American politics favors the parties ahead of the voters.

National Campaign Update: Our petition calling on the Democratic and Republican parties to reform their primary rules and adopt open presidential primaries at the conventions next month now has over 30,000 signatures.

This weekend we are staging an Independence Day Weekend petition push across the country. Celebrate our country's independence by helping us regain control of our political system. You can find local petition canvassing events here and create your own events in your community. Here is a link to our petition that you can print out and secure signatures on, and here you will find any other volunteer tools that you might need. Thanks for your support!

With all of the buzz and publicity that the open primaries movement has generated over the past few weeks, we realized that we were having trouble keeping everyone up to date on the immense progress that our cause has made. That's why I am very happy to present to you the inaugural edition of the Open Primaries newsletter: the Open Primaries Hotlist, Volume 1!