Nonpartisan Elections in Florida? One Coalition is Trying to Make It Happen - Open Primaries

Nonpartisan Elections in Florida? One Coalition is Trying to Make It Happen

This article was written by Shawn Griffiths for IVN 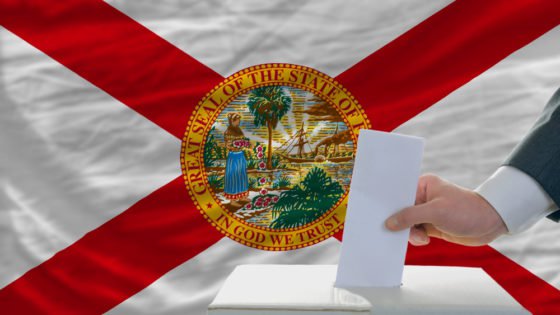 Florida voters may soon have a chance to adopt nonpartisan open primaries. At least, that is the hope of a coalition of nonpartisan organizations that are asking the state’s Constitution Revision Commission to put it on the ballot in 2018.

“We’re looking to develop primary reforms that let all voters vote and create more responsive candidates that actually represent the communities that elect them and are not simply responsive to the partisan few that come to elect them in closed primaries,” said Jeremy Gruber, senior vice president of Open Primaries.

Open Primaries is a nonpartisan, nonprofit group that supports opening primary elections, with an emphasis on implementation of nonpartisan elections similar to electoral systems already in place in California and Washington state. In these two states, all candidates and voters, regardless of party, participate on a single primary ballot in state and congressional races, and the top two vote-getters move on to the general election.

According to Gruber, Open Primaries works with grassroots partners in states across the country to open the primary election process to all voters. In Florida, the organization is working with Tim Canova’s Progress for All and a group called Florida Fair and Open Primaries.

If the name Tim Canova sounds familiar, he was a Bernie Sanders supporter in the 2016 presidential election and challenged former DNC Chair Debbie Wasserman Schultz in the Democratic primary for her congressional seat.

“We work with [these organizations] to support their efforts to move forward, through consulting, public education, organizing support, to give them the background and help they need to grow and develop,” explained Gruber.

A poll conducted on behalf of Open Primaries, Progress for All, and Florida Fair and Open Primaries found that 73 percent of respondents agree that taxpayer-funded elections should serve all voters, not just registered members of the two dominant parties.

That is how closed partisan primaries work. The parties get their own ballots and only registered party members can participate. Independent voters and other voters not registered with the Republican or Democratic Party must re-register if they want to participate, yet their tax dollars help pay for the elections.

Further, proponents of nonpartisan election reform argue that the parties are denying voters access to the most crucial stage of the election process. When over 90 percent of elections are safe for one party or the other, election reform advocates argue that many voters are denied a real say in elections.

“The overarching goal [of nonpartisan election reform] is to create a healthier election system that’s more representative, creates more responsive legislators, and allows for an environment where innovative government can thrive,” remarked Gruber.

The Florida Constitution Revision Commission meets once every 20 years and has the power to put nonpartisan election reform on the ballot in 2018. Open Primaries and the organizations it is working with are hoping testimony from supporters will convince commission members to do just that.