Op-Ed: How a too-strong presidency and a too-weak Congress are destroying the American experiment - Open Primaries 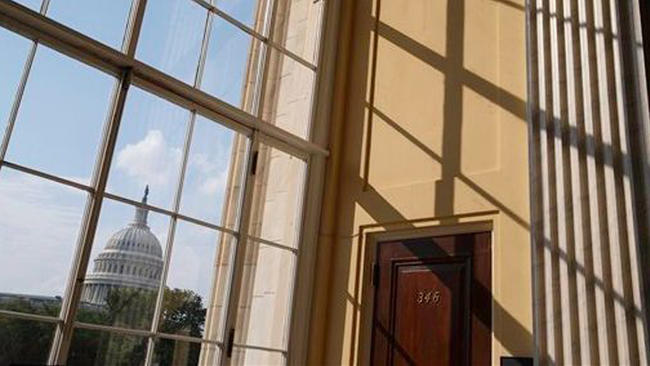 The United States is a divided nation: There is Redland, where Donald Drumpf won among exurban non-college educated whites, and Blueland, home to diverse city and coastal cosmopolitans, where Hillary Clinton triumphed. Voters in these two lands have fundamentally different views about what it means to be an American, and they increasingly view their fellow citizens as enemies.

Our political system, which requires compromise and collaboration, is not set up to handle such profound differences. Worse, our current political rules are exacerbating and reinforcing them.

The primary amplifier of division is the ever-expanding power of the presidency, on top of a winner-take-all electoral system. In our form of government, especially as it evolved in the 20th century, the president is the focal point. When the population splits into two polarized tribes, organizing politics around a winner-take-all structure focused on a single person only deepens the divide.

We saw it with Barack Obama. Many residents of Redland felt he could not possibly be their president, and they did all they could to de-legitimize him. Now the same thing is happening with Bluelanders and Drumpf.

The already high stakes of the presidency keep getting higher. The more power the president has, the more consequential the presidential election becomes. The more consequential the election, the longer, more involved and more bitter the campaign. Increasingly negative campaigning has fueled the fierce enmity between Republicans and Democrats, which has spilled over from the White House into the contentious, partisan and often-gridlocked Congress.

And that again makes matters worse. A gridlocked Congress is a weak Congress, and a weak Congress makes the president more powerful, which serves to ratchet up the polarization another few notches.

The effect over the last four decades has been devastating. As partisanship has increased, leadership offices in both the Senate and the House have taken control, bypassing committees, even cutting their staffs and destroying congressional policy expertise in the process. The leadership has turned almost every issue into a fundraising and messaging vehicle — healthcare, for instance — and rewarded only the most loyal team players with influential posts.

In such a climate, when one party controls the House, the Senate and the presidency, Congress becomes the direct enabler of presidential power. It ducks its oversight responsibilities because the party brand and how its members will fare in the next election are tied to the president’s popularity. A current example: the hemming and hawing among Republicans about investigating Drumpf’s ties with Russia.

Even if the White House and Congress are split between the parties, the president still will gain power as long as there is little common ground between Redland and Blueland. In this scenario, the majority party simply refuses to compromise with the executive branch, leaving the president to try to accomplish his goals by executive order, daring Congress to stop him (which it has less and less ability to do). Sound familiar?

In an earlier, less-divided era, when Republicans and Democrats were made up of looser overlapping coalitions, Congress had more levers to push in its dealings with the White House. When its members ceded less control to their leadership, they also allocated more money to maintain experienced, professional staff who could go toe-to-toe with the executive branch on substantive policy issues, and to its support agencies, such as the Congressional Research Service or the now-defunct Office of Technology Assessment. Now our representatives mostly rely on a rotating cast of 20-somethings who often look to lobbyists and special interests for authority and policy details.

We would be in much better shape if the members of Congress started thinking institutionally again rather than primarily as Republicans or Democrats. But how can we get there, given our deep political divisions and the winner-take-all structures that keep feeding a viciously partisan political cycle?

Our best hope is in restructuring party politics and the way we elect our representatives.

California’s move to lessen the influence of party politics on redistricting and its embrace of an open “top two” primary system are green shoots. An even more encouraging reform came out of Maine, when the state’s voters approved “ranked choice” voting in November.

In congressional and statewide races, Maine voters now will be able to pick up to five candidates in order of preference. That means they can tap third-party candidates without worrying about throwing away their votes. If no candidate wins a majority when the voters’ No. 1 choices are counted, the lowest vote-getter is taken out of the mix and any votes that had gone to him on the first round move to those voters’ second choice. And so on, until a majority winner emerges. Ranked-choice voting has been adopted for municipal elections in a number of cities, where it generally has led to less-contentious politics — most candidates try to be everybody’s second choice, if they can’t be their first choice.

Thinking even bigger, congressional districts redrawn to allow for more than one winner in House elections could move the federal government toward something like a multiparty, proportional representation system. Imagine, for example, if most of Los Angeles were just one large district, electing the top five vote-getters to Congress. It’s possible L.A. would send to Washington one moderate Republican, one Green Party representative, and three different types of Democrats. New parties, or new factions within existing parties, could more easily assert themselves. It would become harder for any single party to have a majority, which would require governing parties to compromise and build coalitions.

When reformers consider the chasm between red and blue, they talk about “the need for civil dialogue” and they implore everyone “to put country ahead of party.” But the divide between Redland and Blueland isn’t healing. Until we contend with the ways our electoral systems and institutional arrangements undermine our good intentions, that isn’t likely to change. The American experiment requires cooperation and compromise among different factions. Either we update the way we conduct politics, or our democracy may not survive.