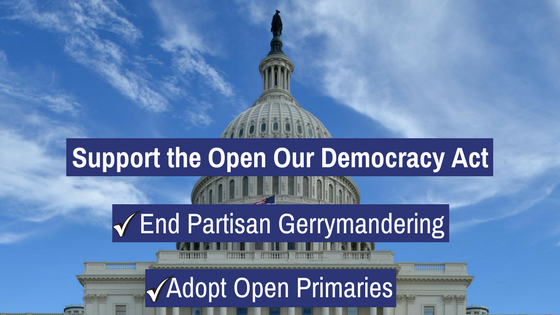 Washington is a mess. Gerrymandering and closed partisan primaries have created a gulf between the US Congress and the American people. And that gulf is growing every day.

One member of Congress is saying “enough is enough!”

Congressman John Delaney has introduced the Open Our Democracy Act to create open primaries and end partisan gerrymandering for all federal elections.

He is standing up to the entire Washington establishment. Will you stand with him?

Send your congressional representatives an email in support of the Open Our Democracy Act today. Let’s get this bill a hearing and send a message to John Delaney that we have his back.

Full Text of the Bill  Press Release on the Bill