Augusta, ME – In a historic move, Maine Governor Janet Mills has allowed legislation to go into law without her signature to create a semi-open primary, permitting independent voters- 32% of all Maine voters-the right to pick a party ballot and vote in primary elections for the first time.

Both chambers of the Maine legislature voted to advance the bill last week after a budget panel agreed to fund it the week before. The bill originally passed on a significant bipartisan vote in 2021. Sizable numbers of Republicans joined with a majority of Democrats to pass the bill 27-7 in the Senate and 92-52 in the House today.  The legislation was championed by Senators Chloe Maxin (D) and Matthew Pouliot (R).

At a time when many states are considering the rollback of voter rights and Congressional reform efforts have completely stalled, Maine offers a stark contrast.

“When we encourage and allow more voters to participate in our elections, we all benefit,” said bill sponsor Senator Chloe Maxmin (D-Lincoln). “Voters have been asking for semi-open primaries for years, and I’m thrilled that we have been able to make it happen.”

Open Primaries and Open Primaries Maine began work on this issue in 2019.  It took three years of sustained advocacy and public pressure to pass this groundbreaking legislation.  Our new report, What it Took to Bring Open Primaries to Maine, offers a path forward to successfully reforming American democracy.

“Chloe Maxmin and Matt Pouliot showed what is possible when you put partisanship aside and think about what’s best for the state and for the voters.  They inspire me, and they inspire leaders in states across the country that still deny independent voters the right to fully participate.  Closed primaries will soon be a thing of the past.”

“We are grateful that L.D. 231 has become law, enfranchising hundreds of thousands of independent voters.” said Kaitlin LaCasse from Open Primaries Maine, an organization that has been advocating for semi-open primaries for the last several years.

“The significant bipartisan support for semi-open primaries here in Maine is particularly notable during this time in which many states are considering the rollback of voter rights. It is a good day for democracy!”

“Up until now, unenrolled voters have been paying for elections in which they haven’t been able to participate,” said bill co-sponsor Assistant Senate Minority Leader Matt Pouliot (R-Kennebec). “Fortunately, this outdated policy has been remedied with the passage of L.D. 231.”

“Independent voters are now the largest group of voters in the country. Letting all voters vote may sound simple, but it’s a profound component of what it will take to improve democracy in Maine and around our great nation.”

The legislation will now take effect in 2024. 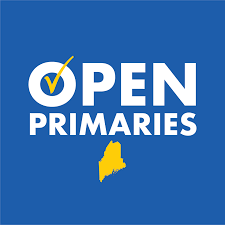