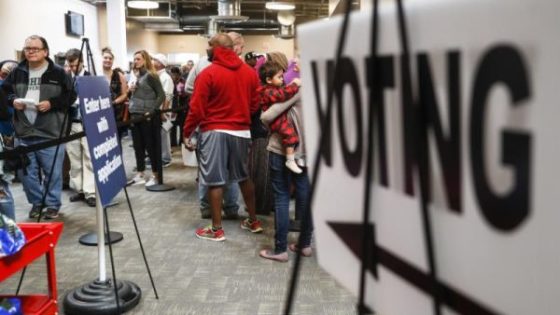 In a closed primary election, only voters registered with an affiliated party are allowed to participate. Since the 2016 presidential election, closed and semi-closed presidential primaries have received scrutiny over the undemocratic rules that prevent voters from choosing the Democratic and Republican presidential nominees.

In the 2016 election, Florida was among nine states that held completely closed primaries. Several other states have semi-closed primaries or other restrictions in place. Laws differ state by state whether the primaries are closed or if the decision to open or close them is granted to the state parties.

For Bernie Sanders, who has served as an independent since he first entered Congress in 1991, his performance in the 2016 Democratic primaries was arguably damaged when primaries were closed off to independent voters, who overwhelmingly supported his candidacy.

The Washington Post reported in April 2016, “In Michigan, where Sanders won his greatest upset, Clinton beat him by 18 points among self-identified Democrats, according to exit polls. In Oklahoma, one of the few states that Clinton won in 2008′s primary but lost this year, she beat Sanders by nine points with Democrats. In Wisconsin, Sanders won overall by 13 points; he split the Democratic vote with Clinton 50-50. In each case, independents who felt like pulling a Democratic ballot were able to vote for Sanders.”

Sanders lost closed primary contests to Clinton in New York, Maryland, Pennsylvania and Delaware and lost by thin margins in Kentucky, New Mexico and Nevada, where independents were barred from participating, despite public tax dollars used to finance the primaries.

In addition to Sanders supporters, people throughout the political spectrum have called to open primaries to expand and promote democracy, strengthen voting rights, and serve as an opportunity for the Democratic Party to recoup large swaths of independent voters who have abandoned the party over the past decade.

In Florida, several groups are pushing for a referendum to be listed on the 2018 ballot so that voters can choose whether to enact open primaries in the state. Every 20 years, Florida holds a process for modernizing the state’s constitution. Out of more than 2,000 proposals submitted to Florida’s Constitutional Review Commission after hearings held across the state, the open primaries referendum was one of six proposals selected for consideration.

Jeremy Grubner, senior vice president of Open Primaries, said that 27 percent of Florida voters, including half of millennial voters, are independent and thus barred from voting in primary elections that are only open to party voters. Independents are by far the fastest growing group of voters in the state and yet they can’t vote, he said.

“It’s an injustice that places Florida among only a tiny minority of nine states across the country with completely closed primary elections,” Grubner said. “It is even more outrageous because Florida’s general elections have become so uncompetitive that primary elections are the most meaningful in the state and yet a quarter of voters are barred from participating in them.”

Polls have shown that more than 70 percent of Florida voters, including the majority of Democrats, Republicans and independents, favor open primaries. The Constitutional Review Commission’s Ethics and Elections Committee will vote on the proposal within the next few months, where it will be sent to the full commission.

“It’s clear that the voters are demanding and supporting the opportunity to vote on an open primary proposal and we sincerely hope the Ethics and Elections Committee is listening,” Grubner said. “Faith in our elections and government institutions in this country is at an all time low. The Florida CRC has the opportunity to show the rest of the country how to empower the citizens and make elections more inclusive, fair and meaningful again.”

Voters have other mechanisms to put the proposal on the ballot, but the commission would provide the quickest and easiest opportunity to do so in time for the 2020 presidential primaries.

“We saw in last year’s presidential primaries what a travesty it was that 3.4 million Floridian independent voters didn’t have a voice,” said Tim Canova, a Democratic congressional candidate running against incumbent Rep. Debbie Wasserman Schultz, D-Weston. “This has become a major issue nationally and here in Florida, and we’re glad the Constitution Revision Commission is looking at it right now. If the Commission approves it, it goes in front of voters in the 2018 November election. That’s all we’re asking: let the voters decide.”

Elizabeth Bercaw commented 2018-02-14 17:55:17 -0500 · Flag
I spoke at the Feb. 6 hearing of the Florida Constitutional Review Commission and urged them to support Open Primaries. We must keep pushing!