Open primaries are the answer to America’s election woes — so what are we waiting for? - Open Primaries 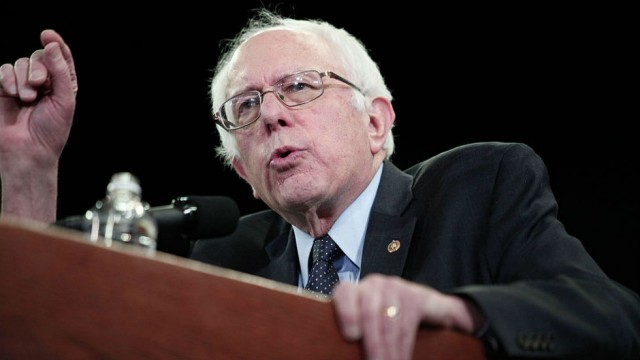 Open primaries are the answer to America’s election woes — so what are we waiting for?

Last week, the Democratic Party Unity Reform Commission began soliciting input from voters on a set of controversial process issues that emerged during the 2016 contest between Bernie Sanders and Hilary Clinton.

The commission was created last summer under pressure both from Sanders’s delegates as well as open primaries activists who submitted 42,000 signatures on a “enact open primaries in 2020” petition and forced a vote on the issue at a rules committee meeting.

The commission survey poses questions about delegate selection, superdelegates and primaries. At the top of their list of survey questions is: “Do you think that open primaries and caucuses, meaning that unaffiliated voters can participate, make the Democratic presidential nominating process weaker or stronger?”

The fact that the Democratic National Committee is even asking this question shows recognition that significant segments of the American people — including many Democrats — believe our political system needs an overhaul.

After reading the survey, I went to the website of Our Revolution, the organization created by Sanders lieutenants to keep Berners focused and mobilized. I expected to see action alerts, blog posts and banner ads encouraging supporters to flood the DNC site to register their support for opening the primaries to all voters and curtailing the role of superdelegates. These were central tenets of the senator’s crusade; while walking the streets of New York, Sanders spent as much time talking about the exclusion of 3 million independent voters as he did free college tuition.

But Bernie is — for now — silent on process, even as he pushes hard for a restructuring of the DNC. He wants a party that is less tied to Wall Street and more connected to Main Street, less in the bubble and more connected to working people and to independent voters. He went so far as to tell Mika Bryzenski and Joe Scarborough of “Morning Joe” that the Democratic Party cannot succeed without independents.

I talk to Bernie supporters all over the country, just as I talk to supporters of Donald Drumpf, Hillary Clinton, Gary Johnson and Jill Stein, and disgruntled Americans of all persuasions. They have not lost their interest in rebooting the system. At the grassroots, there is recognition that our flawed process hinders progress and innovation — broadly defined — in the political arena.

It would be a tactical mistake for Sanders to backseat his commitment to open primaries and miss the opportunity to push for a “50 state open primary” rule for 2020. If he doesn’t lead on open primaries and other process issues, “Team Bernie” risks becoming just another ideological interest group fighting to enact its agenda within a frozen and disconnected DC environment.

Tim Canova, a Sanders supporter who ran against Debby Wasserman Schultz in the Democratic primary in 2016, sees the importance of keeping process issues front and center. He formed Progress for All to advance a progressive agenda and to fight to change the process in Florida and nationally. He recently partnered with Open Primaries and Florida Fair and Open Primaries on a statewide poll that revealed overwhelming support for primary reform among Democrats, Republicans and independents.

Said Canova: “Open primaries are good for democracy because they encourage full citizen participation in our elections. Since both Democrats and Republicans often need independent voters to win at the general election stage, they should stop making it so difficult for such voters to join the electoral process. They should welcome open primaries, which will allow each party to address the issues that matter to all the voters.”

We have set up a system in which certain voters are allowed to vote in the first round of the publicly funded election process, and others are not. It’s wrong. It’s unfair. And millions of Americans, including many Drumpf supporters and Sanders supporters (including Bernie himself!) fought hard during 2016 to assert that closed primaries are bad for the country.

The DNC has bowed, even if momentarily, to that pressure, and to remain silent would be a missed opportunity — not only to impact on the Unity Commission, but to bring together diverse Americans around a common goal.

Sen. Sanders, you are right to push for an overhaul of the DNC. And you recognize the importance of independent voters. Many people hope you will take the next step and call for the Democratic Party to conduct an inclusive, 50-state open primary in 2020. Please don't be a 21st century Hamlet. America needs more from you.