For the people, not for the parties: Open primaries empower African-Americans - Open Primaries 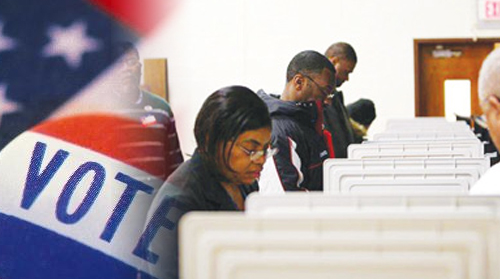 For the people, not for the parties: Open primaries empower African-Americans

This op-ed originally appeared in the Washington Examiner on February 15, 2018.

I am also a political independent and reform activist who has worked for years to help generate conversations about our dysfunctional and divisive political system and the overwhelming social crisis that results from it.

These can be challenging narratives to reconcile, and that means that today's still mostly white political reform movement has to build bridges with communities of color. No movement can achieve fundamental democratic restructuring without the substantial inclusion and leadership of communities of color.

This is not an easy task.

The black community is being told, in many different ways, that its interests are synonymous with protecting the two-party system in general, and the Democratic Party in particular. Is that consistent with empowering African-Americans in today’s world? With 42 percent of Americans now identifying as independent, many people, myself included, feel that blind loyalty to the Democratic Party is not an option.

African-Americans played an active role in the formation of the American Republic and we have always been a leadership force in expanding democracy. This year is the 150th anniversary of the passage of the 14th Amendment, which was forged from the horrors of slavery and wrung from the battlefields of the Civil War. It says: “No State shall make or enforce any law which shall abridge the privileges of any citizen nor deny to any person within its jurisdiction the equal protection of the laws.”

It took 100 years of relentless struggle to translate that simple proposition into civil and voting rights for black people. In these times we must pay special attention to the next challenges for that movement, in order to remain true to its promise.

There is immense pressure on black voters to protect the Democratic Party. Yet the abuses of power we are seeing today with gerrymandering and closed primaries are a two-party affair. To be clear, recent Republican redistricting plans in North Carolina and Pennsylvania are discriminatory. But let us not forget, they are a product of a system both parties created and defend.

While we are called upon to stand up for democracy in North Carolina and Pennsylvania, we are also told to stand down on opening up our elections. In New York City, black elected officials and Democratic Party leaders fought an effort to open the primaries to its one million independent voters, half of whom are young and of color. In Kinston, North Carolina, after the voters enacted open primaries, the Justice Department — under President Obama and Attorney General Holder — nullified the results. Their claim was rather self-serving — that black people’s interests were better served by a closed election system run through the Democratic Party.

When closed primaries became an issue in the 2016 presidential elections, young people of all races demanded that the Democratic Party change its rules to allow independents to vote. The establishment opposed it. Even the Congressional Black Caucus went on record in opposition.

There is no question that the Democratic Party was our ally in achieving civil and voting rights. But no party owns the votes of any American and no American should be required to join a political party in order to exercise the franchise.

Two million African-American independents living in closed primary states and millions more Latino independents, along with 26 million Americans, were barred from voting in the 2016 presidential primaries. Taxpayers spent a quarter of a billion dollars on those primaries alone. This is voter suppression. This is taxation without representation. This undermines the democratic process.

Dr. Jessie Fields is a Board member and National Spokesperson for Open Primaries, a national election reform organization.