Recently, the Florida Constitution Revision Commission asked open primaries activists to present their case in support of Commissioner William Schifino’s open primary proposal. Steve Hough, Director of Florida Fair and Open Primaries and Jeremy Gruber, SVP of Open Primaries travelled to Tallahassee to share why opening up Florida’s closed primaries would be good for the voters and the state.

The Commission is currently debating the measure, which would allow Florida’s 3.4 million independent voters to pick a party ballot in the primary election. If the majority of the Commission supports it, the proposal will head to the 2018 ballot.

“In a recent poll 70% of Floridians supported open primaries - including majorities of Democrats, Republicans and independents. 27% of Florida voters are independents that cannot vote in taxpayer funded primary elections. Florida is one of only nine states with completely closed primaries. The time has come for change and we ask that you put Commissioner Schifino’s open primary measure on the ballot in 2018 and let the voters decide.”

The CRC is expected to vote in January. Over 9,000 Floridians have added their name to a petition calling on them to advance the proposal and let voters decide. 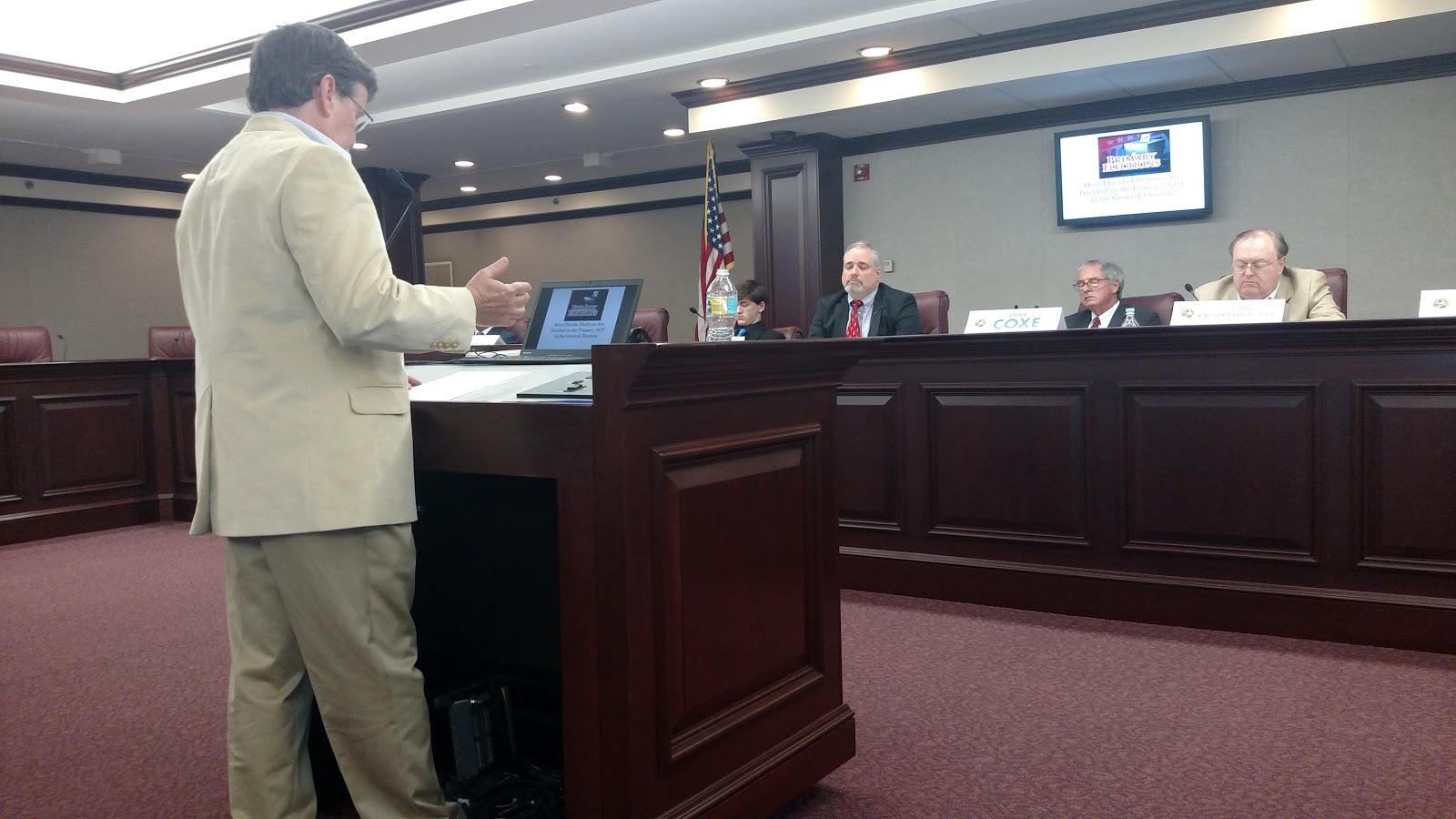 (Steve Hough testifying before the CRC)

Commission ignores them, drops open primaries from its recommendations 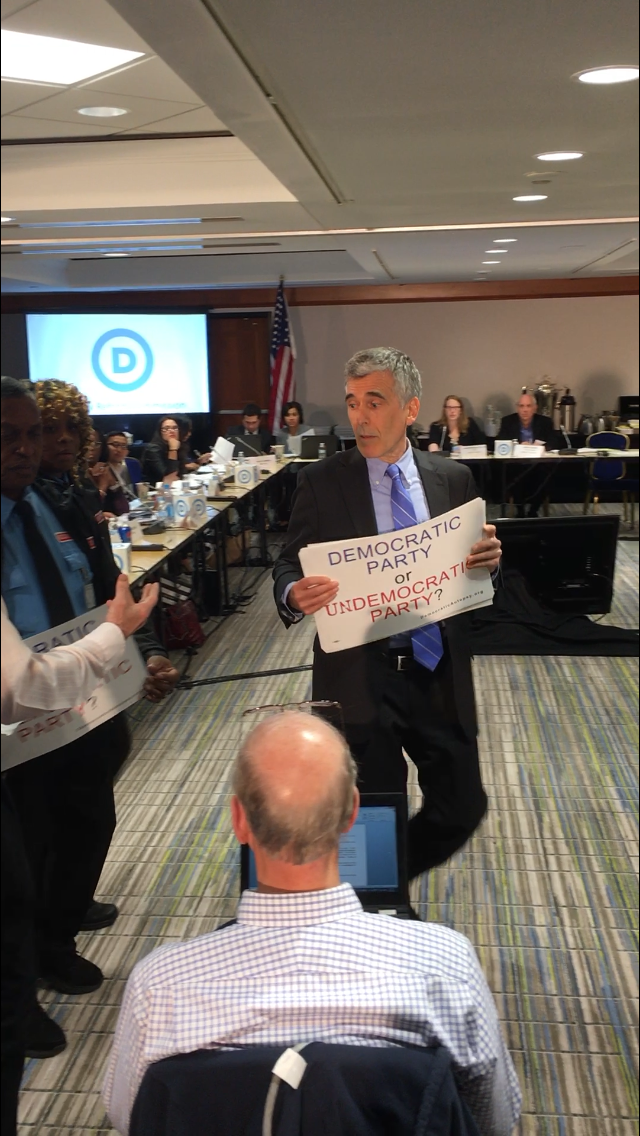 Open Primaries delivered three petitions with over 100,000-signatures urging the DNC and its Unity Reform Commission (URC) to open its primaries in all 50 states. The URC was formed in 2016—partly in response to our 50-state open primaries resolution introduced at the 2016 Democratic National Convention. Open Primaries and activists have pressured the URC every step of the way to recommend opening the primaries.

Despite Commission Members Nomiki Konst, Nina Turner, Jeff Weaver, and Jane Klebb publicly speaking out in support of opening the primaries, the URC ultimately dropped any mention of open primaries in their final recommendations. While we were unable to get them to commit to an open primary rule, our advocacy efforts over the past two years have helped make open primaries a wedge issue in the Democratic Party. Time and time again, we’ve urged Party officials to debate the merits of open primaries, and that debate will continue long after the URC. And it is more clear than ever that the political parties cannot be trusted to write the rules of the game.

(Pictured on the right is a protestor who wasn’t happy with the URC’s final recommendations). 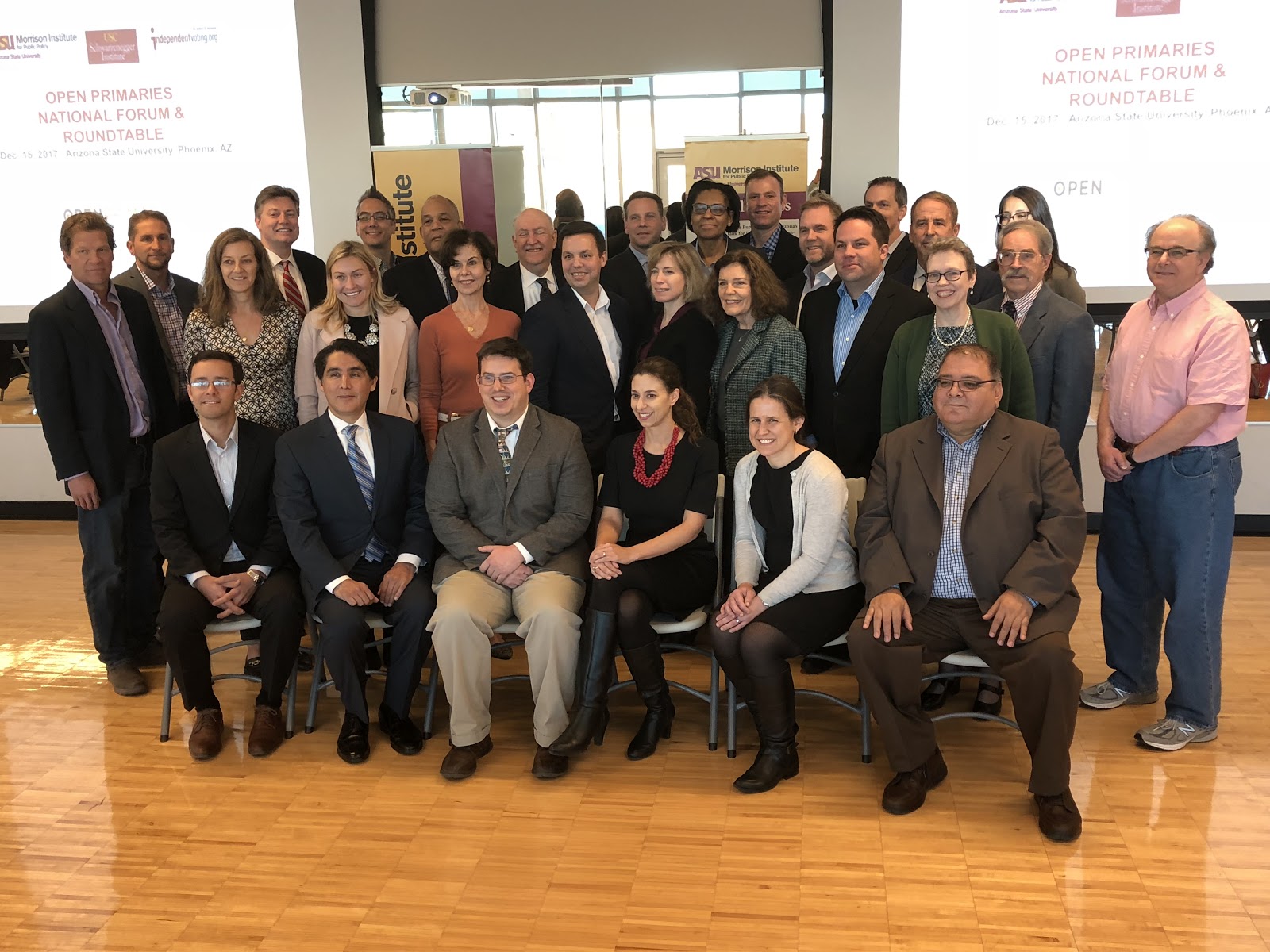 (Speakers and attendees of the conference gathered for a picture)

End of Year Video: A Year of Action for Open Primaries

2017 saw groupings of Americans from across the political spectrum come together to demand open primaries, in states from Alaska to Florida. Take a look at this year’s highlights: 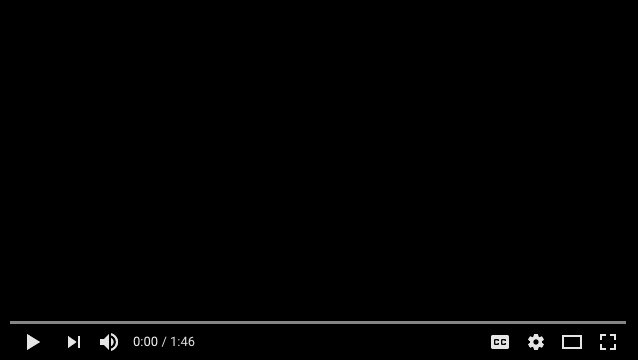 Former Congressman Jason Altmire recently went on MSNBC to talk about the dysfunction created by closed primaries and the need for top two open primaries across the country: 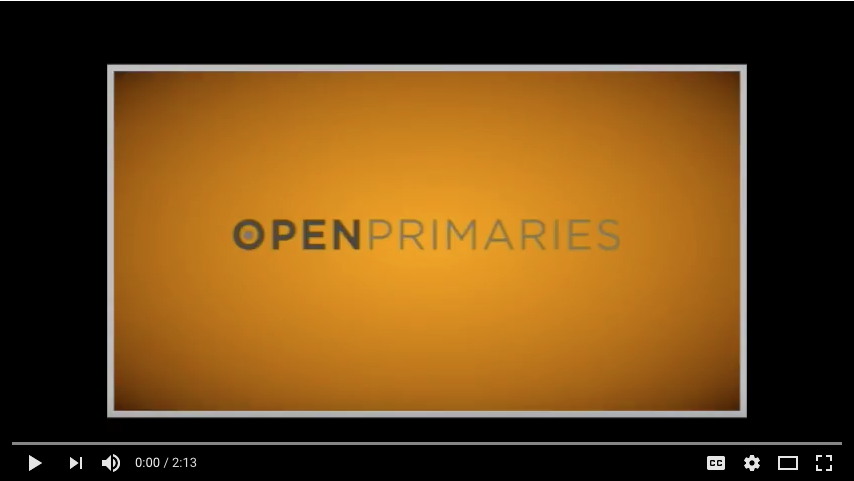 New Poll Shows Voters Like California’s Top Two Open Primary. A recent survey conducted by the Public Policy Institute of California (PPIC) found that 60% of California voters think the top two open primary has been “mostly a good thing” for the state. The poll lends additional evidence that the top two open primary, passed by voters at the ballot in 2010 and enacted in 2012, has helped fix California’s once famous partisan political gridlock. In addition to allowing over 4.5 million independent voters to fully participate, California’s legislative approval rating has more than tripled from 14% before the change to 50% today.

All Volunteer Effort for Michigan Redistricting Submits 450,000 Signatures. Voters Not Politicians, an all-volunteer effort that began as a Facebook group, just submitted 450,000 signatures to put a redistricting reform measure on the November ballot. The measure needs 315,654 valid signatures to qualify. As the host of It’s Just Politics radio show said, “we can’t overstate this: the fact that they appear to have pulled this off using just volunteers - no paid petition circulators - is a really big deal. It’s almost unheard of.” According to Katie Fahey, the President and Treasurer of Voters Not Politicians, over 10,000 people have helped out the campaign.

ALABAMA: Independent voter support for Doug Jones in the Alabama special election should send a message to the political parties: open your primaries—READ

ARIZONA: “Jeff Flake, whether you love him, hate him, or have never heard of him, just pointed out one of the biggest reasons why government and politics has become so dysfunctional: a party primary system that forces Americans to divide against each other.”—READ

FLORIDA: Michael Sainato recounts the fight to get the Constitution Revision Commision to put an open primaries measure on the 2018 ballot—READ

MICHIGAN: “What if Michigan primaries were redesigned to select the two candidates with the broadest appeal to the November electorate, no matter which party those candidates identified with?”—READ