With all of the buzz and publicity that the open primaries movement has generated over the past few weeks, we realized that we were having trouble keeping everyone up to date on the immense progress that our cause has made. That's why I am very happy to present to you the inaugural edition of the Open Primaries newsletter: the Open Primaries Hotlist, Volume 1!

In the past few days, a host of politicians, celebrities, and political luminaries came out publicly in support of our mission. Just to name a few:

The establishment is pushing back, of course. Over the last week, dozens of op-eds appeared in papers across the country saying the exact same thing: "if you want to vote in the primary, join a party."

Too bad that 90% of congressional districts are so gerrymandered that they are determined in the primary, and only 10% of the American voting age population participates in closed primaries. And let's ignore the fact that independent voters are now the largest and fastest-growing group of voters! 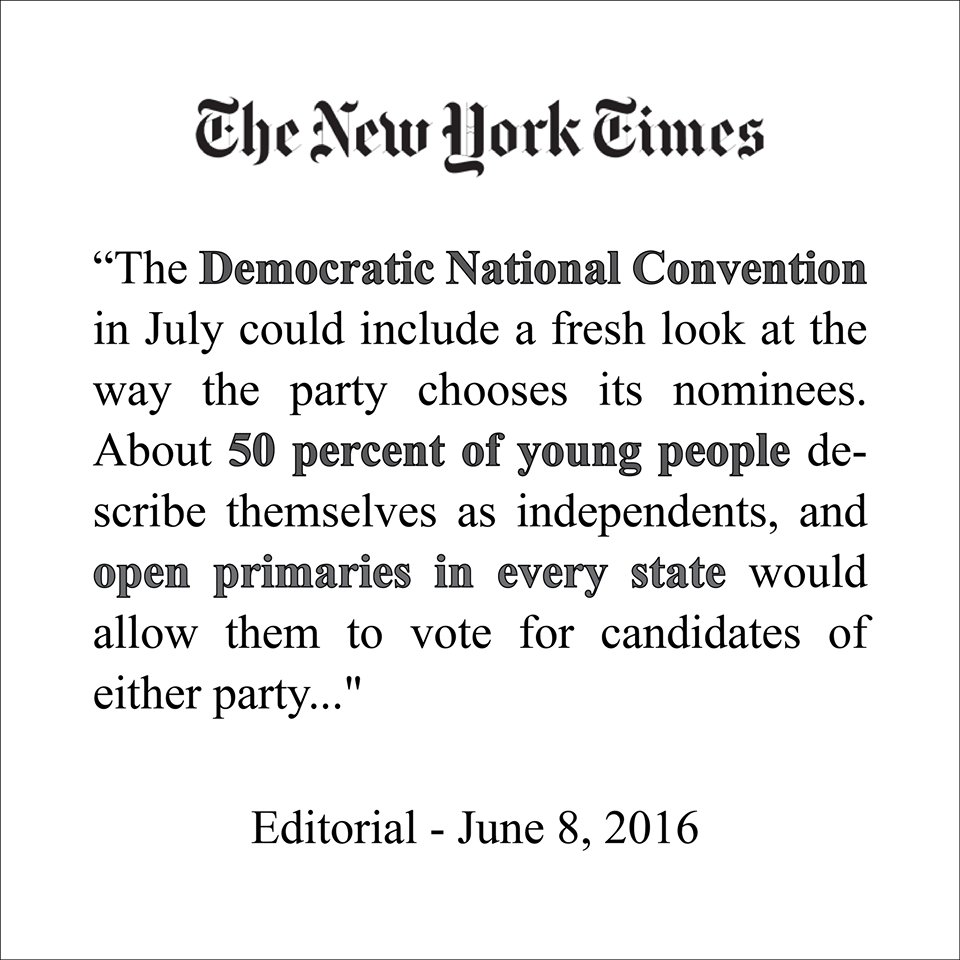 Our strength is growing immensely, and we intend to continue pushing our petition until the 11th hour, calling on both parties to reform their primary rules and adopt open primaries at the conventions next month. Our petition, which has received overwhelming support from reform organizations, political activists and concerned citizens like you, has far surpassed expectations placed upon it at every step of the way, and has nearly 30,000 signatures.

A few short months ago, open primaries was hardly a blip in the election year narrative. Yet, when our vice president gathered signatures at his children's lemonade stand in Prospect Park, Brooklyn, this weekend, every passerby knew of our mission, and over 50 signed onto our cause. 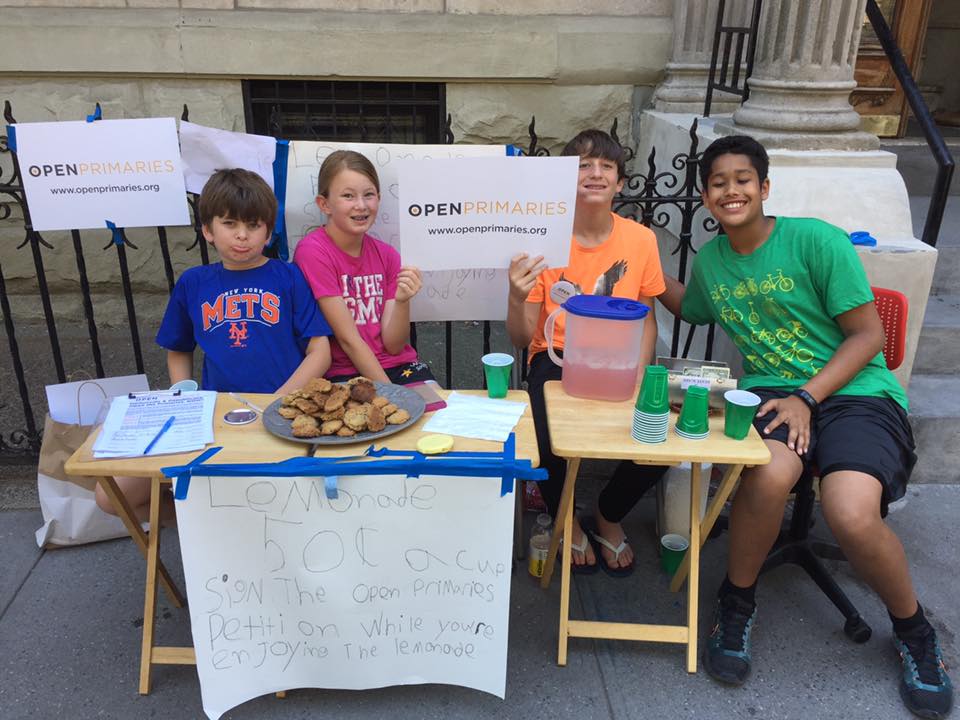 So please, sign and share our petition to open the primaries with your friends and family, consider donating to our mission, and keep your ears out for future developments as we continue to advocate for fair elections on the national and state level.