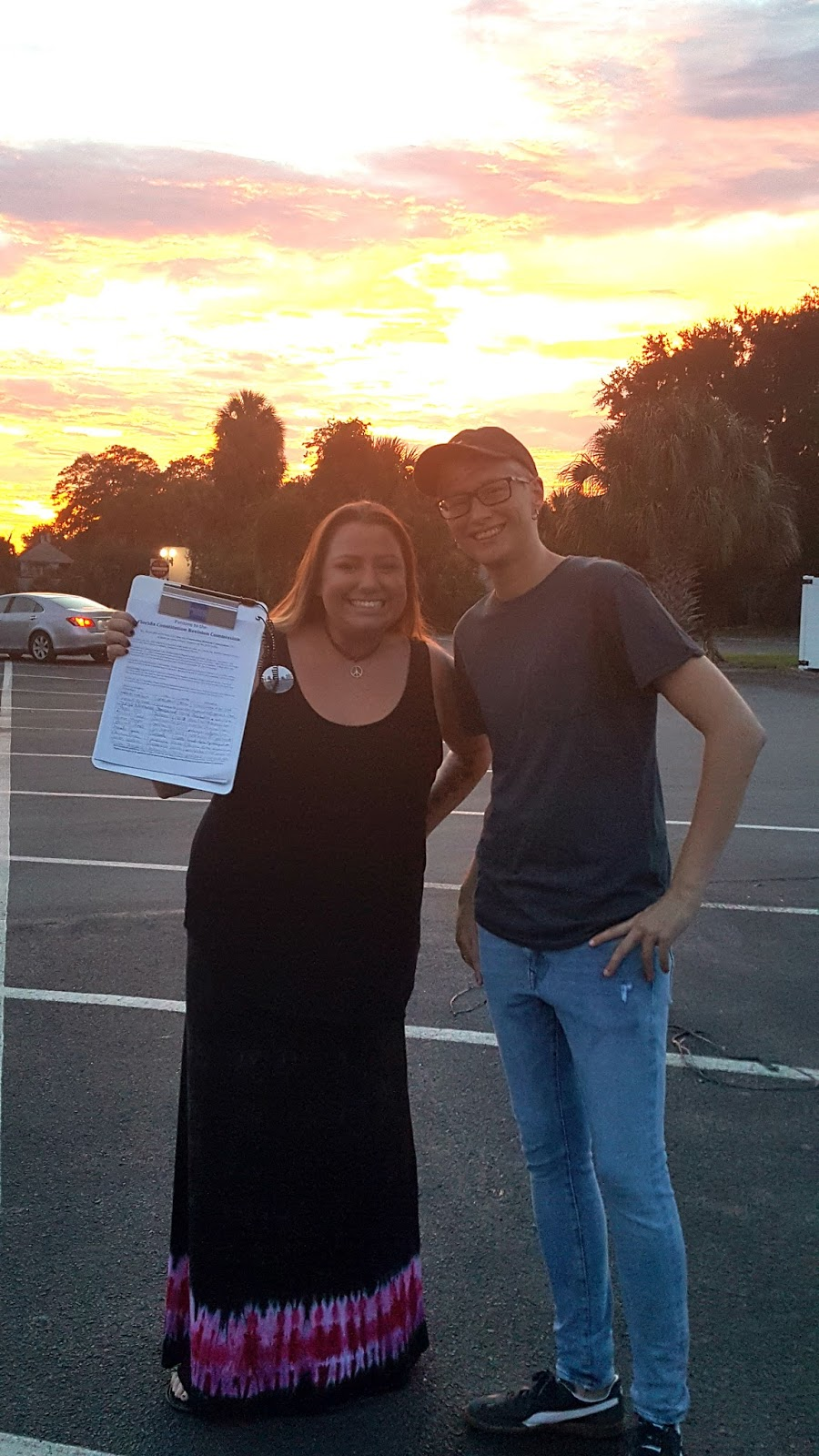 This past spring, Open Primaries partnered with local organizations Florida Fair and Open Primaries and Progress for All to urge the Florida Constitution Revision Commission (CRC) to put an open primaries measure on the ballot in 2018. The Commission held public hearings around the state; 77 primary reform advocates testified. TV stations, radio programs, and newspapers covered the story.

Now that hearings are over, local activists are encouraging the CRC to place an open primaries measure on the 2018 ballot and let the voters decide. The issue has widespread support from Florida voters, including super majorities of Democrats, Republicans, and independents. The challenge is convincing the CRC to act!

Every Open Primaries supporter, from Maine to Alaska, can help our friends and partners in Florida. Watch this video about the Florida effort. Email this petition to your friends and family in Florida -- urge them to sign it and share it on social media.

Our polling shows that 70% of Floridians want open primaries. But polls don’t produce change, people do. Getting the word out to every person in Florida is what it's going to take to and end Florida’s unfair, exclusionary, and socially damaging system of closed primaries. Please take a minute now and create a list of everyone you know in Florida and reach out to them about this campaign. It’s easy and it will make a real difference. 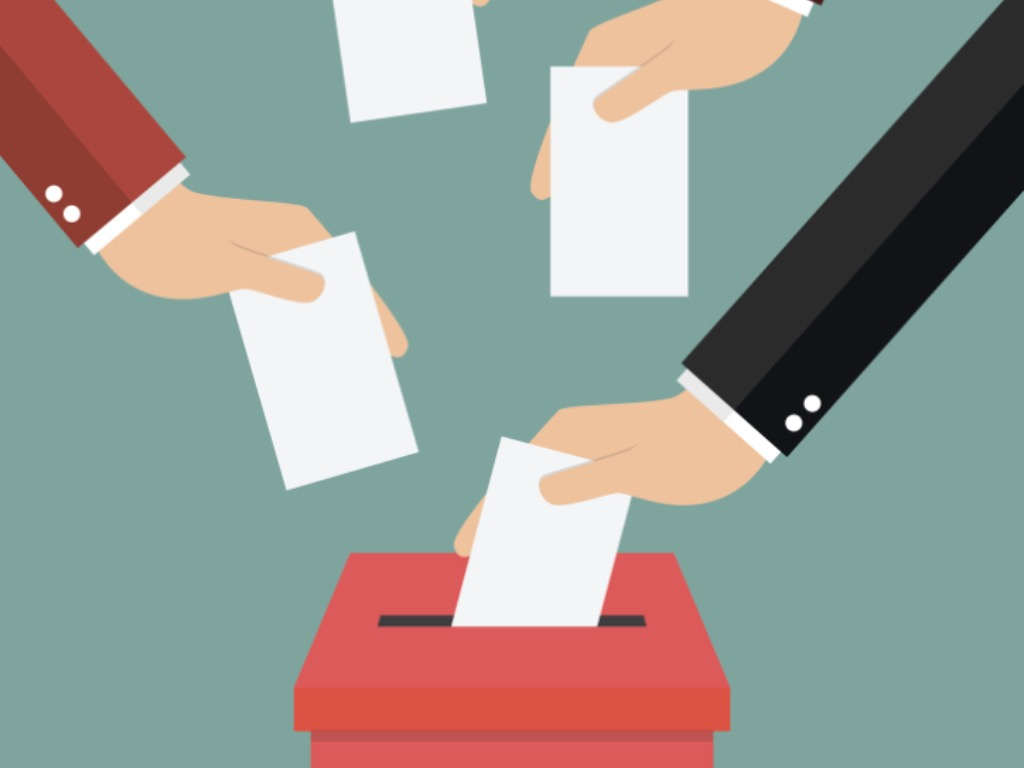 Since the voters of Colorado passed two open primaries measures last year, more new voters have registered as independents than as Democrats or Republicans... combined. Two things are clear. First, the voters of Colorado are taking full advantage of being free from the constraints of partisanship. Second, in states with restrictive closed primaries voters are forced to affiliate with a party against their will in order to vote. Open Primaries supported the successful Let Colorado Vote effort in 2016. Today, 1.3 million independent Coloradans can now participate in primary elections.

The National Conference of State Legislators Summer Summit is an opportunity to educate policymakers on the growing need for open primaries...and for legislators themselves to highlight their leadership in the open primaries movement. Delegate Sam Rasoul, a Democrat from Virginia, and Representative Dan Douglas, a Republican from Arkansas, are two such leaders. They each spent some time talking about why our politics is in crisis, and why they’re fighting for open primaries to do something about that crisis. Here they are, in their own words: 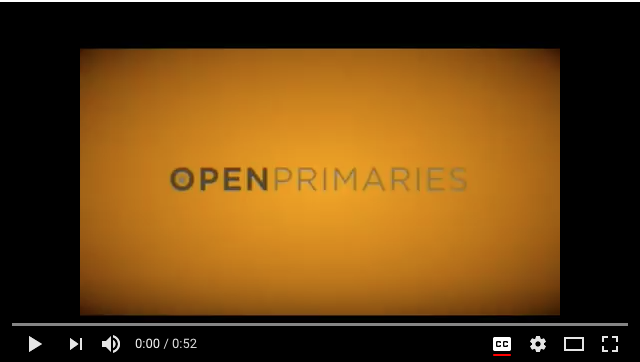 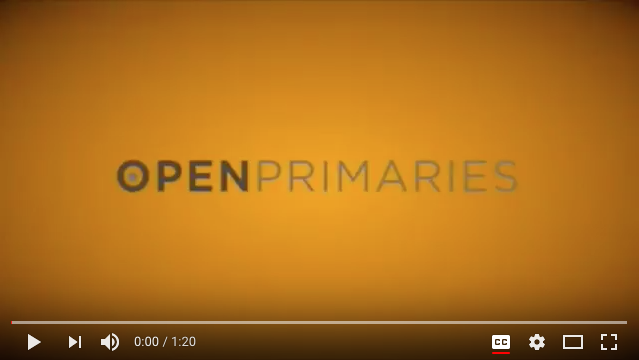 “That the black community would become a foregone conclusion as the constituency of any political party was not the mission of those who marched for voting rights. Closed party primaries and partisan redistricting continue to segregate black communities and today many African Americans feel taken for granted by the Democratic Party and rejected by the Republican Party.” -- Open Primaries Board Member Dr. Jessie Fields in her latest op-ed, “Dr. King and the Meaning of Voting Rights.”

“We do need to elect independent thinkers no longer tethered to tired dogmas... And we need to free independent voters from the iron maiden of partisan election laws and practices that keep them from fully participating.” -- Open Primaries President John Opdycke in his latest op-ed, “Independent Voters Have Second-Class Status in American Democracy.”

A grassroots movement is gaining momentum in Michigan. Voters Not Politicians came together to end bi-partisan gerrymandering and create a nonpartisan citizens redistricting commission. They’ve raised $170,000 in small donations, gathered 40,000 signatures to place a measure on the 2018 ballot, and have mobilized thousands of volunteers. Open Primaries fully supports this effort; Political parties -- private organizations -- should NOT be in charge of the electoral process.

In an op-ed for the Guardian, Micah White, founder of Occupy Wall Street, raises important questions about the value of protest, offers his thoughts on how the people can take back power in a rigged system, and shows how pioneers like Lenora Fulani and Jacqueline Salit have created space outside of traditional two-party politics to engage these questions.

COLORADO: The state Republican Party is considering getting rid of primaries altogether now that they have to include independent and unaffiliated voters -- READ

ILLINOIS: Activist Jarell Corley writes that partisan politics are killing Illinois, and that the state should consider moving to an open (top-two) primary -- READ

MISSOURI: A former state senator writes that Missouri, and other states, should examine the success of (top-two) open primaries in California, Nebraska, and Washington, and consider adopting them -- READ

NEVADA: An independent voter calls out the Nevada legislature on their hypocrisy for claiming to have advanced voting rights in the 2017 session despite blocking an open primary bill from having a hearing -- READ

NEW JERSEY: Open Primaries interns John Vallacchi and Saher Bajwa took to the streets to interview New Jersey voters on primary day, and found that many are displeased with the state of NJ politics -- WATCH