Thank you so much for signing the petition to open the presidential primaries. With just four days left to go on our campaign, every signature matters if we are going to to have a real impact at the Democratic Convention.

If everyone who signed our petition shares it with just two friends, we can make our benchmark of 100k.

Rumour has it that Bernie Sanders is telling his 1,900-some-odd delegates to vote for open primaries. We are organizing to unite as many delegates and supporters around our cause as we can possibly find, and we intend to mobilize our network at the Convention, make a press splash, and make our presence known.

We were also selected to participate in American Experiments on Monday, a competition between six of the most innovative civic tech and political reform organizations in the country, where we will state our case for open primaries. As the only participant that is focused on systematically altering our political system, rather than making the current one more accessible to voters, we’re excited to engage with the 17 other attendees.

We delivered our petition for open primaries to the GOP Rules Committee at the Republican National Convention last week. We were denied entry to the meeting, but we still managed to get the petition into the hands of the right people -- those who make the rules for Republican elections.

Meanwhile, the Cruz delegate contingency pressured the Rules Committee to close the first four open GOP presidential primaries as part of its effort to strike a deal and avoid a contested nomination of Donald Trump. However, the Rules Committee refused to concede to the Cruz supporters’ demands, and they made a recommendation to the delegates that they not make changes to the current rules.

This was a big win given the rumours going into the RNC, and while we can’t claim credit for deterring the Cruz apparatus, we can safely say that we made our presence and that of the 33,000+ petition signers impacted.

Here’s the full scoop on what happened, and coverage on our efforts by The Blaze.

In Case You Missed It 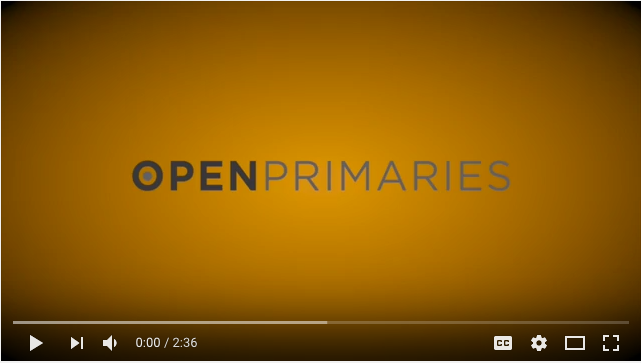