The USC Schwarzenegger Institute has just released a ground-breaking series of white papers by Charles Munger Jr. that take a comprehensive, data-driven look at the effects of California’s adoption of top two open primaries on its politics.

Some key findings include:

"One argument opponents of California's open primary have put forth is that the top two system is flawed because it does not guarantee that a Democrat and a Republican face off in November.  This research exposes that it is the partisan system that fails by that measure. Nationally, Democrats and Republican legislative candidates face off in general elections 61% of the time. 39% of races feature just one candidate on the ballot.  In California, a Democrat and a Republican face off 75% of the time, 14% higher than the national average. And the other 25% of races are highly competitive D on D, R on R, or independent v. D or R races. In California, races are fiercely competitive.  In states using the outdated partisan primary system, almost 4 in 10 legislators face no opposition on the November ballot. That's a disgrace and it exposes why Democratic and Republican insiders are so keen to discredit the top two system. They don't favor increased competition."

Munger’s data-driven analysis exposes the inaccurate talking points that have been repeated as truth for years by establishment opponents in both parties. The top two system is working for the voters of California! 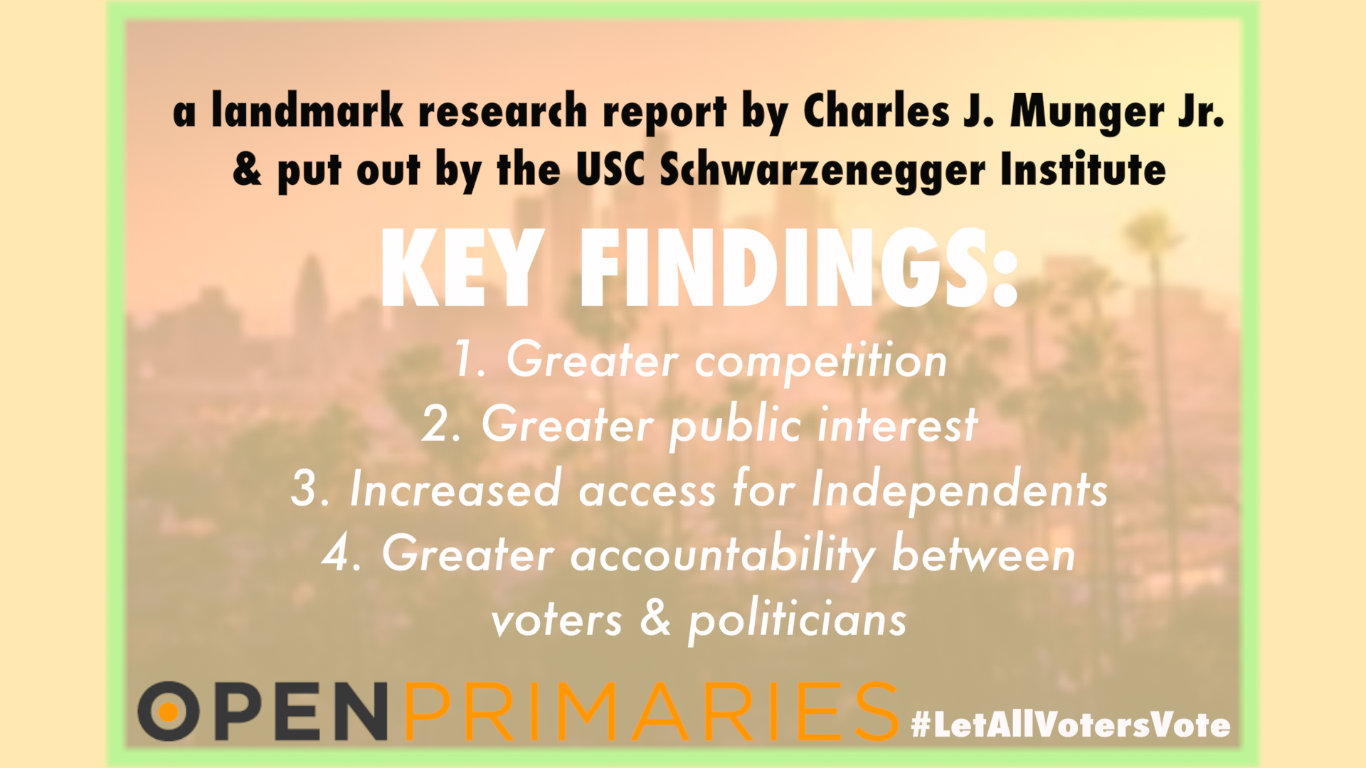