The Miami-Dade Democratic Party has passed a resolution for open party primaries in 2020: 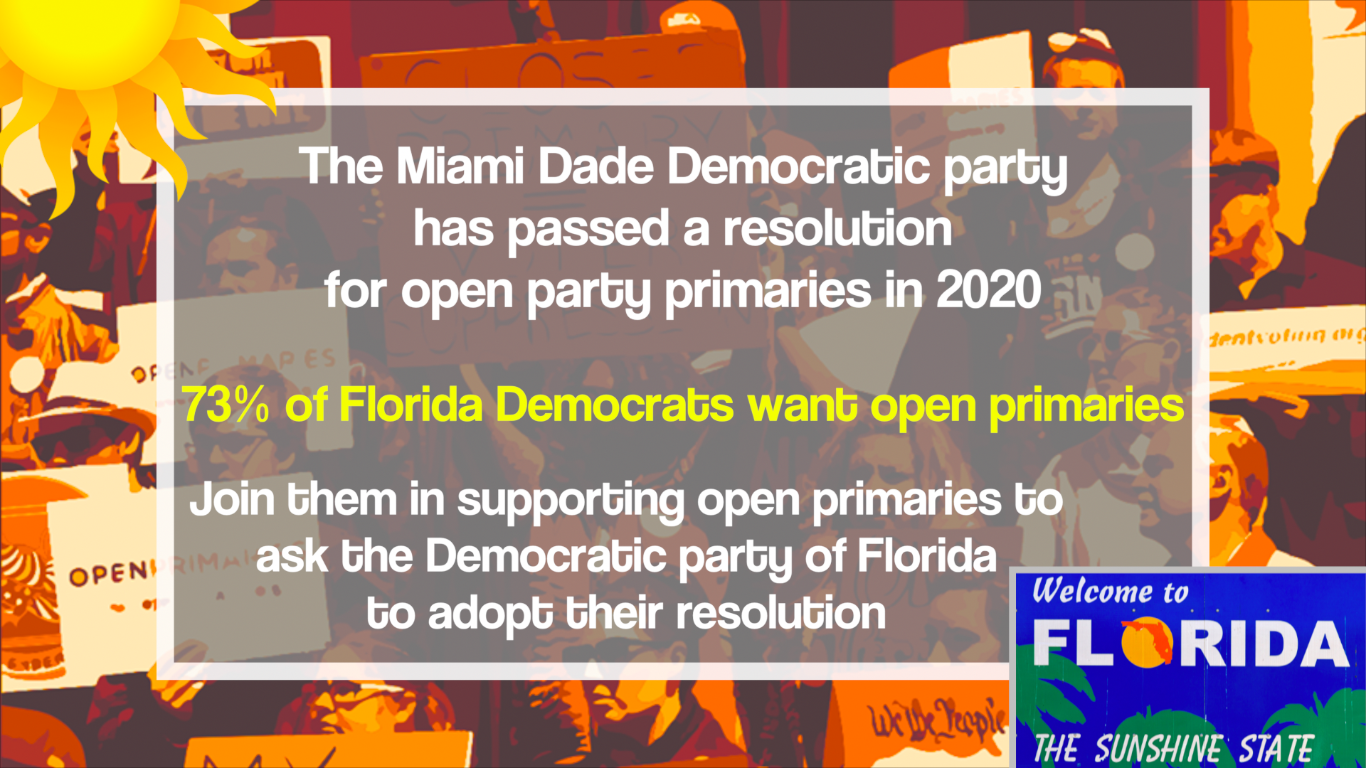 The Miami-Dade and Brevard local Democratic Parties have passed a resolution calling on the Florida State Democratic Party to change its rules and allow independent voters to vote in the Party’s 2020 presidential primary and every subsequent primary election. Political parties have a First Amendment right to change their party rules and allow independents to vote in the primaries.

Democratic Party activists declared: "3.6 million non-party affiliated, registered voters in Florida are not eligible to participate in the Democratic Primary.  Demographic studies of this non-party affiliated, registered group of voters show them to be disproportionately composed of the young, students, people of color, and the newly-registered.  Whereas the Democratic Party stands for inclusion, participation, diversity and progress... the electoral selection process should fully reflect those values.”

The resolution will be heading to the state party convention in October for a vote. Now is the time to encourage every local Democratic Party of Florida in the other 66 FL counties to pass the resolution and put pressure on the State Party to embrace it. Let the @FlaDems know on twitter that all voters should be able to vote in 2020.

Missouri politicians are trying to close the state's primaries but voters are fighting back: 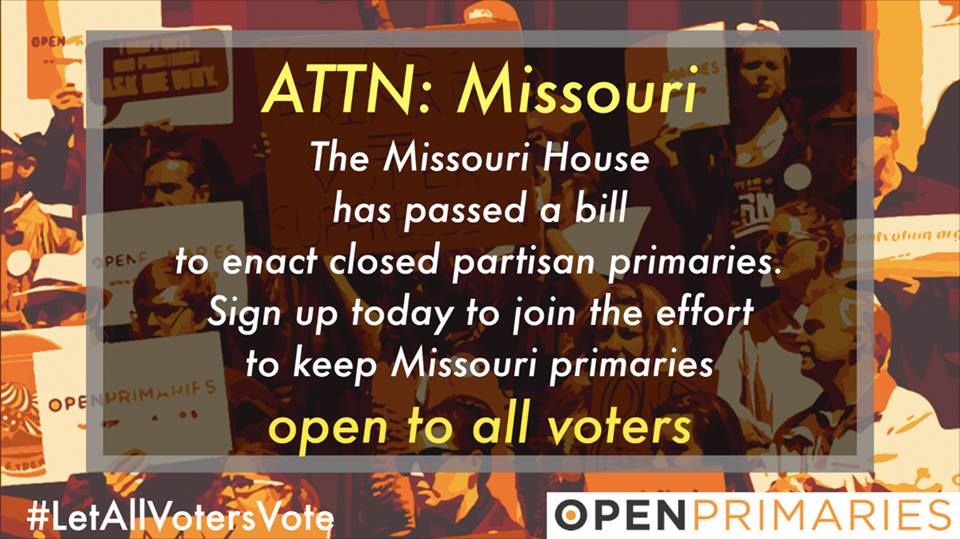 Late last month, the Missouri House of Representatives gave initial approval to a bill that would close Missouri's primaries by a vote of 78-72.  That bill, HB26, requires a second vote in order to obtain the 82 votes it needs to move on to the Senate.

Opposition to the bill by open primaries activists has been intensifying and some officials have joined them declaring that the legislation: "Takes away people’s rights” “We won’t have a democracy anymore,” and has some even calling it "the worst piece of legislation to ever appear before the Missouri General Assembly."

Thousands of Missourians have voiced their support of open primaries and put pressure on their elected officials to keep Missouri's primaries open to all voters. Join them by signing the petition if you’re from Missouri or sharing it with everyone in Missouri you know.

Update on the Maine Hearing 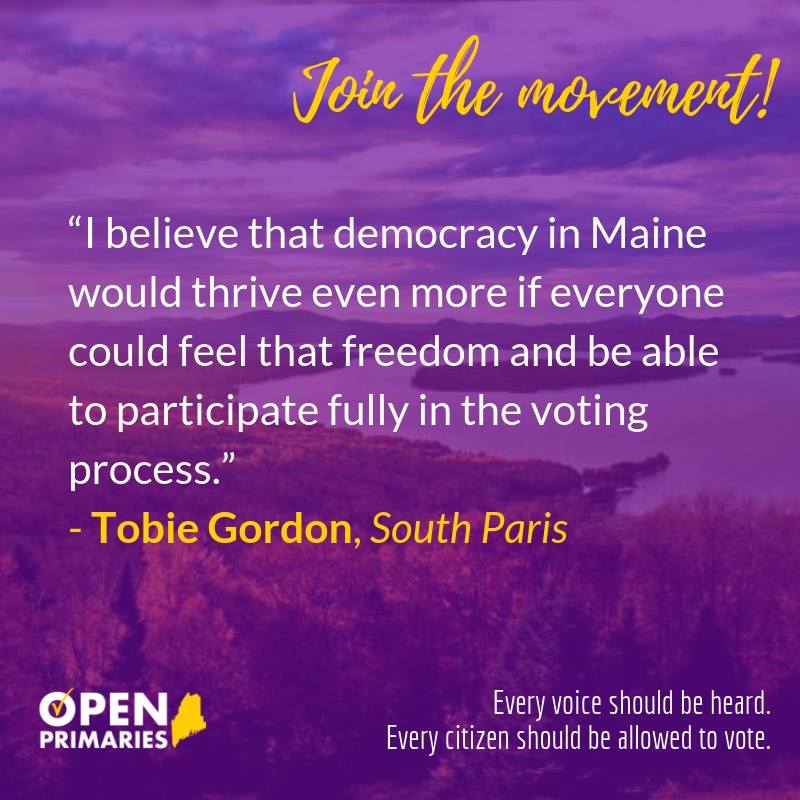 Earlier this month the Maine House of Representatives held a public hearing to hear testimony from voters on LD 211,  Rep. Kent Ackley's bill to open primaries to all voters. Over 40 local activists packed the hearing and offered testimony in support. Rep. Ackley spoke of the 38% of Maine voters  who are not registered in the two major parties (himself included):

"They're independent for a reason. They don't find value in associating with one of the political parties. Insisting that someone has to associate with a party in order to exercise their vote is nonsensical. They're paying for it. They own it, they ought to participate." 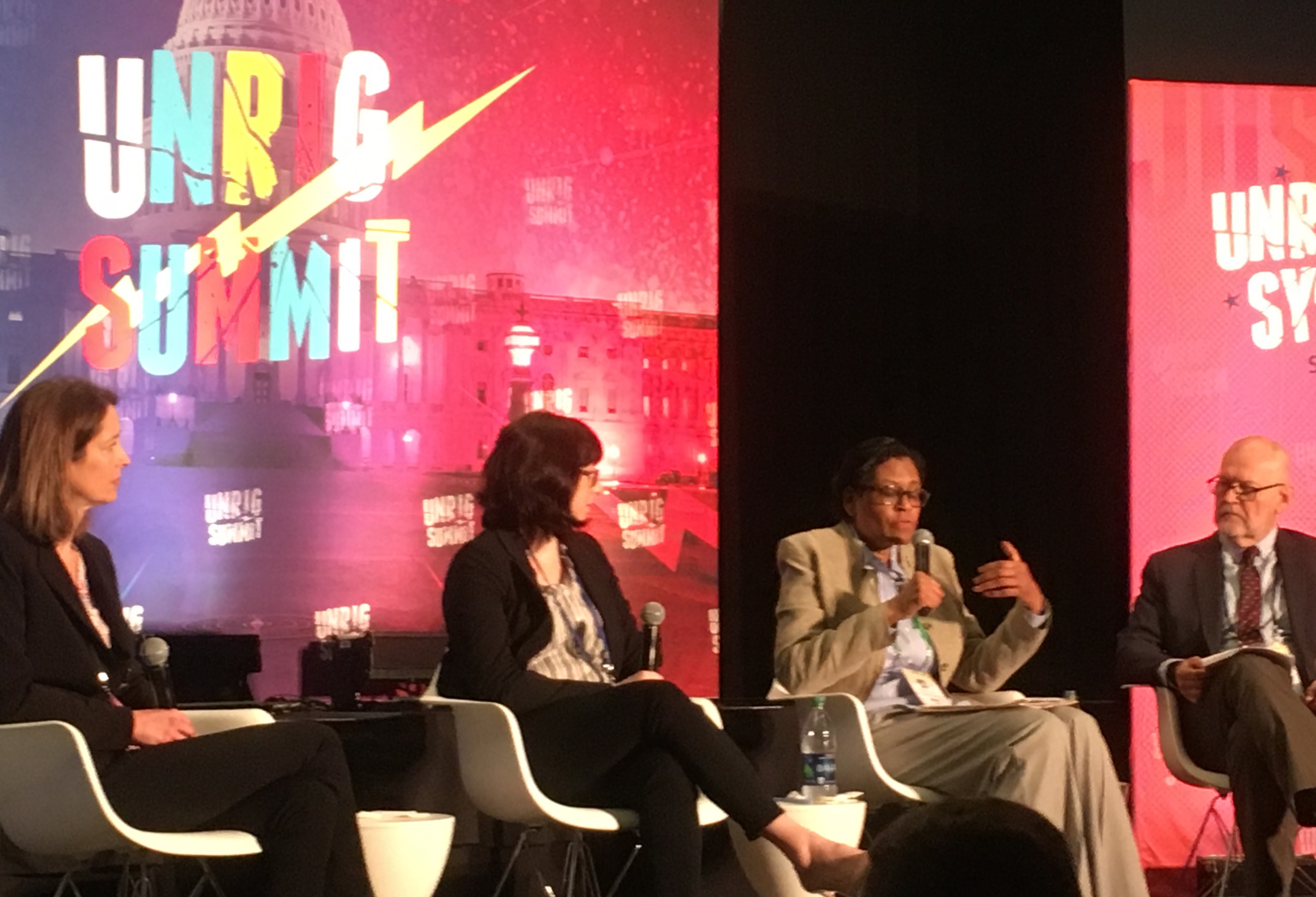 The second annual Unrig Summit was held in Nashville this year and over 2,000 reform activists attended for a weekend full of discussion and organizing.

OP Spokesperson, Dr. Jessie Fields appeared on a panel entitled: "Overpriced and Overprescribed: Healthcare Costs in the Age of Big Money," where she gave a personal presentation about her experiences with the opioid crisis and the need to reform our political process so that we can productively address such pressing issues.

Open primaries activists like Steve Hough of Florida Fair and Open Primaries led discussions about the movement’s growth and joined fellow activists like Desmonde Meade of the Florida Rights Restoration Coalition to make common cause. 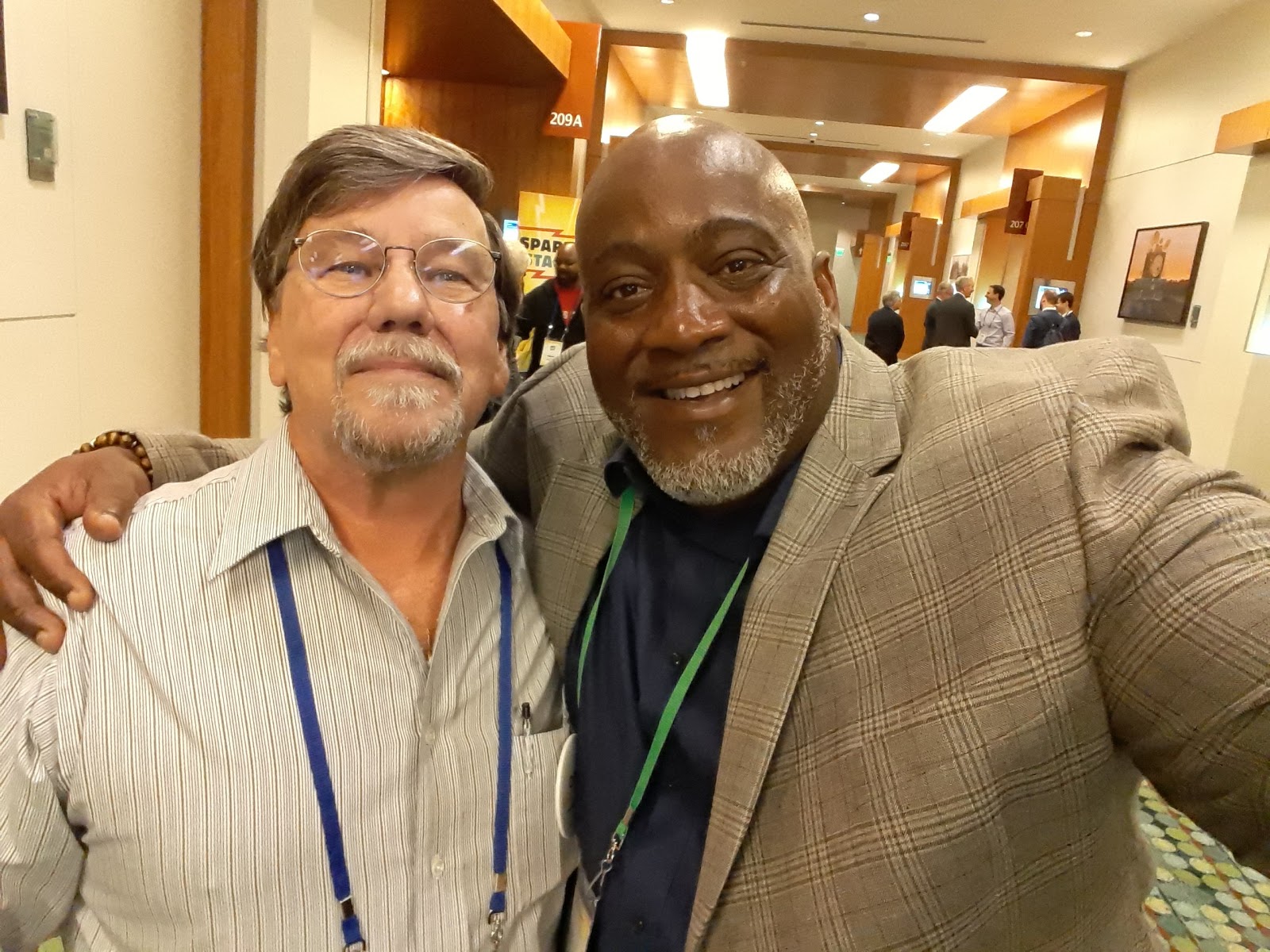