1. Movement in Maine.  Maine has been at the forefront of political innovation and voter empowerment for decades.  From its innovative ballot design enacted in the 1930s, to its model public matching funds program, to passing ranked choice voting in 2016 (and defending it from legislators in 2018), Mainers have always insisted their system serve the voters.  But there is a huge missing piece. When it comes to primary elections, Maine shuts out independents, unlike their neighbors in New Hampshire and Massachusetts.

This could soon change.  An effort is underway to pass legislation putting independents on equal footing with party voters. Open Primaries Maine a coalition of independent, Democrat and Republican voters, legislators, civic, business and community leaders dedicated to a simple proposition - #LetAllVotersVote - is pushing hard to pass legislation to let independents vote once and for all. 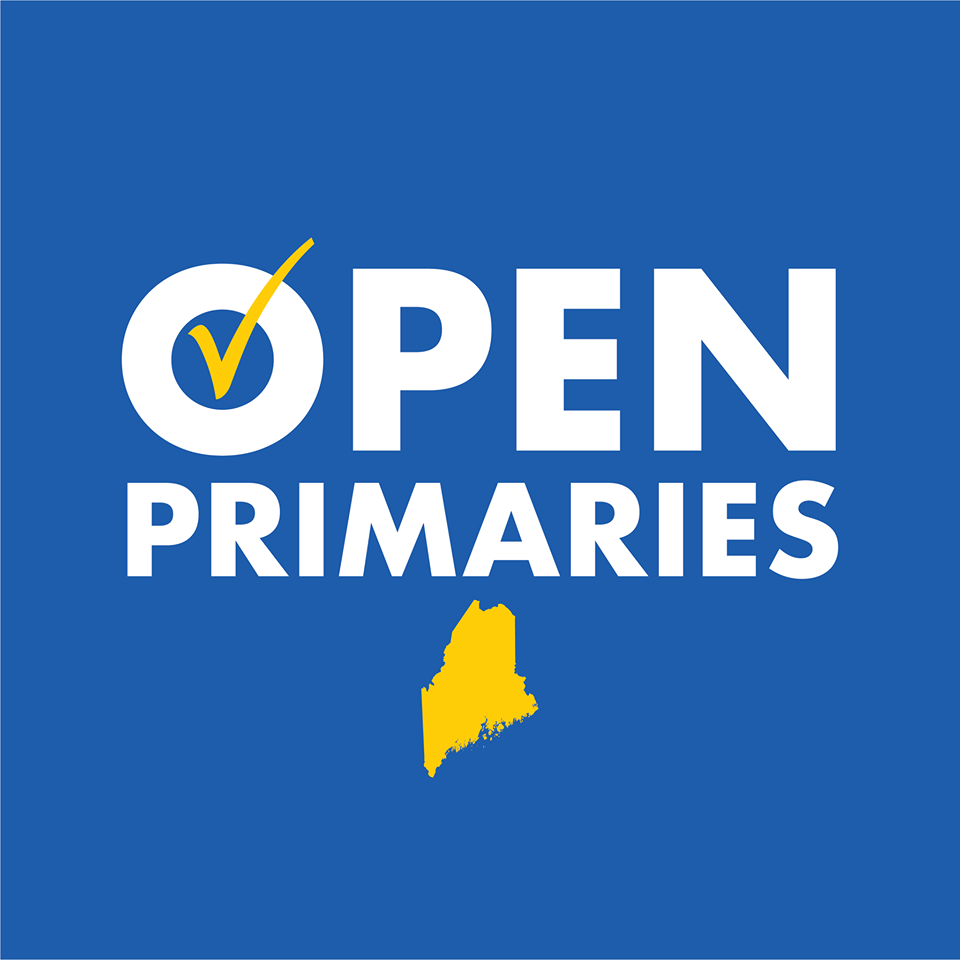 37% of registered voters in Maine are independent and shut out of the primaries, and polling has found that 80% of Mainers want a more open system.

Help spread the word! If you are from Maine - join the campaign.  If you are not from Maine, please go through your rolodex and contact your friends who are.  Post on Facebook and Twitter. Spread the word and make donations.  The next month is critical to put pressure on the legislature to pass LD 211, "An    Act To Open Maine's Primaries and Permit Unenrolled Voters To Cast Ballots in Primary Elections."

2. Maryland Momentum Del. Brooke Lierman has introduced HB 26 to give the city of Baltimore the opportunity to adopt nonpartisan open primaries and ranked choice voting. Hearings have already been held in two committees, with OP SVP Jeremy Gruber testifying at both. Adding to the momentum, Governor Larry Hogan recently told Judy Woodruff the most important change he wants to see in Maryland is primary reform:  “you wouldn’t have so much polarization. It would happen in the legislature and in Congress and more people would have to appeal across party lines, so that would be incentivized to try to work together.”  Woodruff replied “that’s not popular with the national parties” to which Hogan asserted “I don’t care.” That’s telling it like it is! Open Primaries and local activists and leaders will be hosting an organizing call in late February for those interested in helping pass primary reform legislation this session.  If you would like to join the Maryland working group, please send an email to [email protected].

3.The call for open primaries continues to grow in Florida: Syndicated columnist Scott Maxwell dedicated a column to highlighting the work of Florida reformers to open the primaries to the state’s 3.5 million independent voters. He asks: "A top-two primary gives every voter a chance to vote on every candidate. What could be more democratic than that?" To stay updated on the latest news out of FL follow Florida Fair and Open Primaries HERE 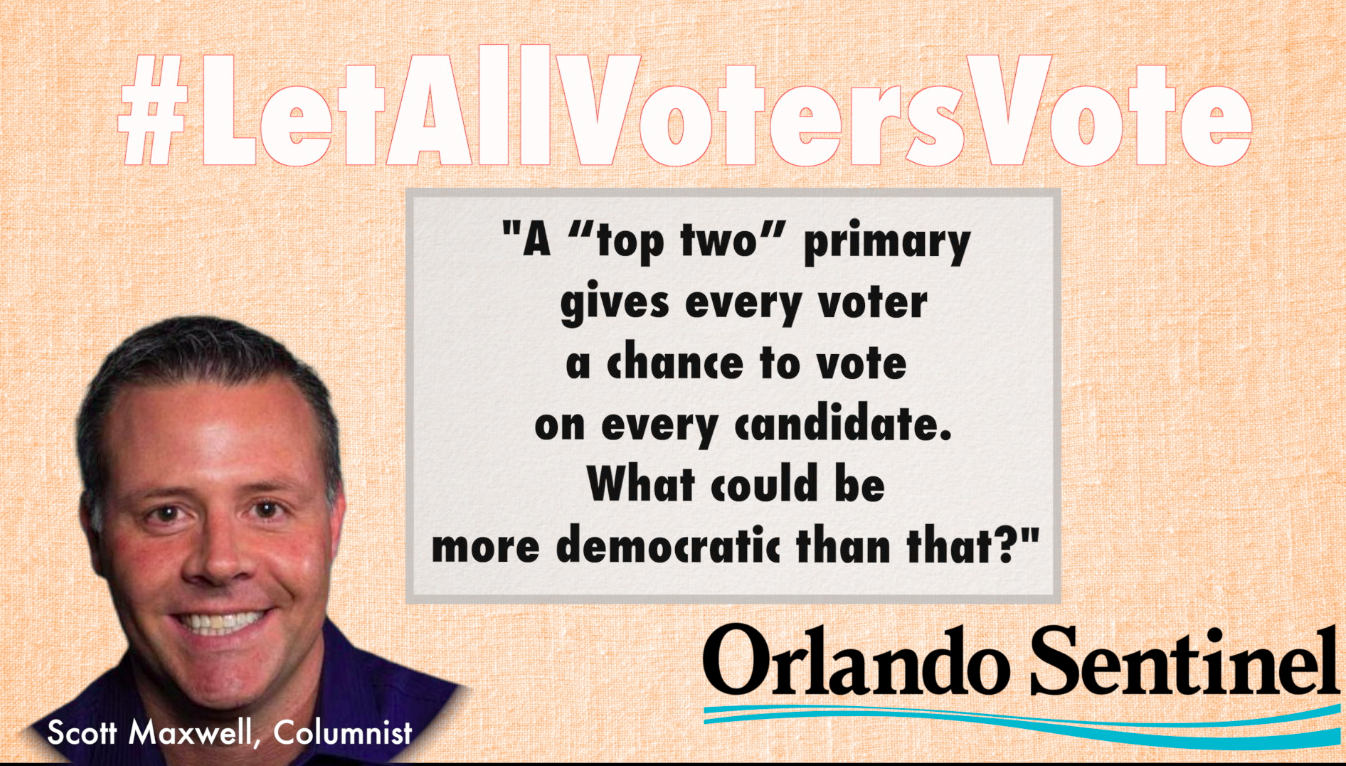