The latest news and developments from the movement to open primary elections and let all voters vote. 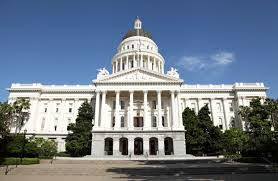 “California government used to look like Washington, D.C.: 24/7 gridlock and divisive partisanship. Lawmakers brave enough to work across party lines to find solutions were stripped of committee positions by party leadership. Only a handful of incumbents were defeated during the entire decade of 2000-2010.”  Today, “We have real-world tested solutions to partisanship and gridlock, and much to add to the national conversation about fixing broken politics.”  Khanna and Westly point out that ever since Californians made serious moves to make the process more democratic in 2010 (i.e. top-two open primaries, nonpartisan redistricting) “California has gone from having the least competitive elections in the country to some of the most competitive according to the Lucy Burns Institute.” 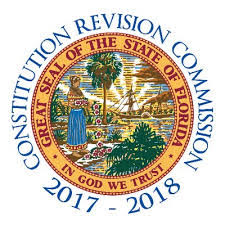 The Florida CRC Didn’t Listen to the Voters of Florida...But the Fight Continues

Over the past year Florida voters have been attending Constitutional Revision Commission (CRC) hearings all across the state of Florida. The commission convenes every 20 years to hear testimony from the voters and to decide on whether they want to make changes to their constitution by sending constitutional amendments directly to the ballot. This time around, thousands of voters from all over Florida came out to testify on a whole host of issues; one of the stand out proposals that voters brought up at every hearing was opening up the primaries to all voters. The issue was talked about and debated on media outlets throughout the entire state of Florida.

Many people pointed out that Florida has over 3.4 million voters that can’t currently vote in primaries that they are paying for. But even with all the hours of testimony from voters of all backgrounds, the commission didn’t do anything on the open primaries front.  They decided not to listen to Florida voters. The condemnation from across the state has been swift.

Even though the CRC failed the voters of Florida, the fight continues. Two former Florida congressman, David Jolly (R) and Patrick Murphy (D) are touring the state to talk to the voters about what still needs to be done to break the grip that partisanship has over our government.  In a recent op-ed, Murphy drew a  direct connection between Washington’s inability to make meaningful progress on gun control and the partisan, closed system that many states use for their primaries. “More and more young people — not to mention disaffected moderates of all ages, as well as voters of color — are choosing to register without a party to preserve their independence from the two-party structure.  Perhaps it's time to allow their voices into this rigid, closed system.” And Steve Hough, leader of Florida Fair and Open Primaries,will be spending the summer and fall building committees and networks throughout the state.  Said Steve, “The CRC process opened a lot of people’s eyes. The voters want open primaries, but the political insiders don’t.  We didn’t break through this time, but we will. Change is coming to Florida.”

Primary day is quickly approaching in PA (May 18th) but nothing has changed with how the state runs its primary elections. The primaries will remain closed and Independent voters will be excluded once again. The latest Citizen Cast episode: Things We Should Steal Revisited-Open Primaries, points out that since they recommended open primaries for PA three years ago the number of Independents in the state and country has continued to rise (45% nationally!)

John Opdycke, President of Open Primaries, and David Thornburgh, President of the Committee of 70, discuss the seismic shift that the 2016 Presidential Primaries had on the movement for political reform and how it has continued to grow and develop since.