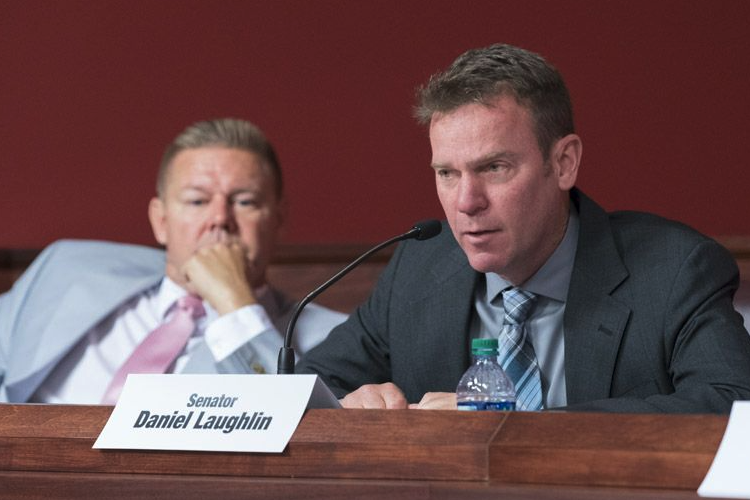 Pennsylvania could finally have open primaries for independent voters

Pennsylvania could finally have open primaries for independent voters

As voters cast their ballots in the primary election on Tuesday, state Sen. Dan Laughlin introduced a bill to open future primaries to all unaffiliated voters.

“There is a significant number of eligible voters who do not wish to align with any particular party. I used to be a registered independent as well,” Laughlin said at the press conference. “Primary elections are critical to the electoral process. We have [about] 800,000 Pennsylvanians that are excluded from the primary process, and as someone who wants to encourage more people to vote, this is very important.”

The bills would allow independent voters to choose to cast their vote on either Republican or Democrat ballots, but voters who are registered with one party will still be required to vote in that primary.

“Independents and unaffiliated voters are the fastest growing segment of the electorate,” Quinn said in a press release. “As taxpayers, they fund our elections, but our law excludes them from one-half of the electoral process. That’s fundamentally unfair.”

“Citizens should have the right to have input on anyone who has the potential to represent them, regardless of what they’re registered as,” Khalif Ali, the executive director of Common Cause Pennsylvania, told City & State.

Ali expressed support for the efforts to open primaries, but was not surprised to see it take this long to gain more traction. “Pennsylvania tends to be a little behind,” he said. “The Election Code was just updated in 2019 with reforms that have been in place in much of the country for a decade or more.”

All Pennsylvania voters will be able to cast ballots in this primary election to give their input on this year’s ballots questions. Voter turnout during primary elections is “extremely low” and the state would be lucky to get to 20% turnout with the ballot questions, Laughlin said.

Laughlin, who is considering a run for governor in 2022, has taken strides during the past few months to bring forward more bipartisan legislation. Open primaries are not very controversial, but this bill follows his efforts to put forward a Republican proposal for increasing the minimum wage, and a bipartisan approach to legalizing adult-use cannabis. These proposals may not go far enough for some Democrats to approve, but it’s a breath of fresh air in a Capitol bogged down by party politics.

“It’s encouraging when any legislator works to develop bipartisan legislation or support,” Ali said. He said this country’s “been through a lot” since the last election, and that people need “encouragement when it comes to democracy.”