Political Party Control is Protected By Courts, Funded By Your Taxes - Open Primaries 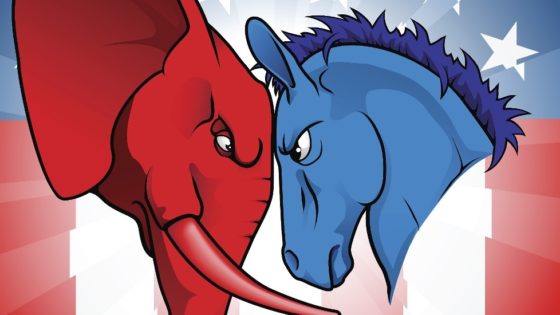 Political Party Control is Protected By Courts, Funded By Your Taxes

Political Party Control is Protected By Courts, Funded By Your Taxes

One of the most interesting and important legal fights going on right now centers around the scope of the First Amendment rights of political parties. In a variety of contexts, the parties have asserted their rights over the rights of the people.

How can it be, however, that the rights of parties formed by the people can trump the rights of the people, through their elected government or otherwise, to determine how their elections for their public officials can be organized?

“Congress shall make no law respecting an establishment of religion, or prohibiting the free exercise thereof; or abridging the freedom of speech, or of the press; or the right of the people peaceably to assemble, and to petition the Government for a redress of grievances.”

The language of the First Amendment speaks of the rights of the people, not the parties. The parties, and their lawyers, however, have gotten the courts, including the Supreme Court, to accord the parties themselves First Amendment rights:

How far, then, do the rights of the parties extend? They cannot hold all white primaries that bar African-Americans and other persons of color. Terry v. Adams, 345 U.S. 461, 97 L. Ed. 1152, 73 S. Ct. 809 (1953). At this time they apparently have the right to organize our government and elections along partisan lines.

The Federal Election Commission consists of three Democrats and three Republicans, even though the statute itself is careful not to use the parties’ names. It states, instead, that no more than three commissioners shall be members of the same political party (52 USCS § 30106).

In Congress, committees are organized so that each party has its own committee staff paid for by the taxpayers.

And, of course, the partisan primaries that take place in all of the states other than California, Louisiana, and Washington are paid for by the taxpayers. And that is the case whether or not they are open to all taxpayers or only to members of the party.

The parties have won the right to open their primaries to independents even if state law is to the contrary. Tashia v. Republican Party, 479 U.S. 208 (1986) They are waging a fierce battle to close their primaries so that only persons who register into the party prior to the election can participate.

The results have been mixed.

The parties even had the chutzpah to sue to prevent the voters of the State of Washington from adopting, by referendum, a nonpartisan public primary. Justice Clarence Thomas, writing for the majority, ruled against them and upheld the right of the people to do away with partisan primaries altogether. Washington State Grange v. Washington State Republican Party, 552 U.S. 442 (2008)

Independents (now 44 percent of the electorate) are fighting back, suing in New Jersey to block the state from administering and funding partisan primaries that barred non-aligned voters from participating. The suit was unsuccessful. Balsam v. Sec’y of N.J., 607 Fed. Appx. 177, 2015 U.S. App. LEXIS 5641, 2015 WL 1544483. More such efforts are in the planning stages.

You may find all this very dry and legalistic. The fundamental political issue is that the parties want to keep calling the shots even though fewer and fewer Americans support them. What is at stake? Nothing less than what Abraham Lincoln, in the Gettysburg Address, described as the right of “government of the people, by the people, for the people.”