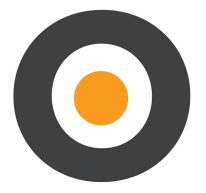 Electoral reform is getting much more attention in the wake of the presidential primary cycle. From open primaries to superdelegates, voter registration measures, campaign finance, and everything in between, all of the process issues were fair game after the unorthodox campaigns of Bernie Sanders and Donald Trump exposed the party nomination process for what it is: a charade in which the parties pull the strings and voters are given an illusion of choice.

In the 2016 presidential primary cycle alone, over 26 million registered voters were barred from participating because they were not affiliated with the Democratic or Republican Parties in closed primary states. Early party registration dates, purged voter records, and arcane electoral codes confused and disenfranchised thousands, including those independent voters who sought to join a party in anticipation of the primary.

There were numerous reports of polling sites that did not open on primary day, accounts of long waits at the polls, and revelations of other more sinister forms of voter suppression.

These are some of the many reasons that Open Primaries is one organization leading a movement to ensure that all voters have a stake in their political system, and that our government is representative of the people, not the parties.

There is always a rebuttal to any point made about primary reform. However, those who argue that voters should join a party if they want to vote in primaries fail to recognize one of the central tenets of the open primaries movement: closed primaries are funded by taxpayer dollars, and that isn’t right.

In fact, research conducted by Open Primaries on the cost of closed primaries discovered that over $287 million in taxpayer funding was used just for the closed primaries in the 2016 presidential cycle alone. That does not even include the other federal and state primaries that took place.

Parties are private organizations and they shouldn’t be taxpayer-subsidized; especially, when they directly and inherently seek to exclude as many voters as possible in those very primary elections that are funded by taxpayers.

Close to a quarter billion dollars was spent on this presidential primary cycle by American voters in closed primary states alone, yet voter turnout in those states was dismal at best.

Independent voters are the fastest growing share of the electorate, and will soon outnumber both parties combined. Half of all Millennials identify as independent, and there is a clear consensus that Americans are sick and tired of the stale political establishment status quo.

Top-two nonpartisan primaries are the best solution to all of the aforementioned problems. By making primaries public, instead of managed by the parties, and permitting voters to select candidates from multiple backings, states would provide a true choice.

Top-two has been incredibly effective in California since it was broadly enacted statewide in 2012, as voters’ approval rating of their legislature increased fourfold in the past four years.

Top-two does wonders to combat the effects of gerrymandering and to negate the incumbency effect<a\/a> that leaves many legislators firmly entrenched in office for decades, with little or no primary competition. It makes races far more competitive and forces candidates to appeal to all the voters, not just partisan stalwarts.

Voters overwhelmingly support open primaries (70% of those polled) and continue to voice their frustration. Yet, the parties continue to look for measures to make primaries even more restrictive — not because they seek to strengthen or expand the party base, but rather so they can retain as much control as possible over the process and who is elected.

The Supreme Court previously ruled (Democratic Party v. Jones, 2000) that party rights trump those of both the states and the voters when it comes to partisan nomination primaries. That’s why public primaries are so important; they are not nominating contests, but public first round contests.

Top Two is our long term goal. In the short term, we are taking advantage of the current legal framework to pressure the Democratic and Republican parties to adopt a “50 state open primaries” rule at the conventions this month. They have the legal right to do so. The question is whether they will put their own self-interest ahead of the voters.

The Open Primaries petition has garnered over 32,000 signatures in little over a month, and has the backing of well-known activists, politicians, and celebrities. Rosario Dawson even signed and shared the petition on Twitter, as did former Ohio State Senator Nina Turner.

Bernie Sanders, Robert Reich, John Oliver, and many more luminaries and politicians have spoken about the need for primary reform this year. More importantly, millions of Americans have started to question the wisdom of a system that is both arbitrary and discriminatory.

Open Primaries plans to turn that conversation into concrete action by delivering the petition to both parties at their respective conventions.