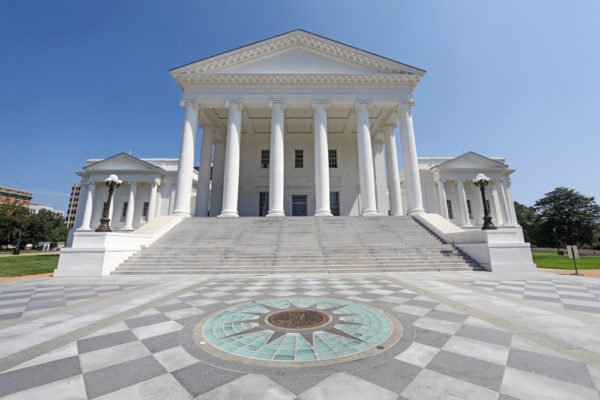 On Monday, a bipartisan group of Virginia Senators voted against a bill on the floor to effectively close the state’s primary elections. It was the second time in less than 12 months that an effort to close Virginia’s primaries had made it to the floor.

The 29 to 11 vote on Monday, however, was much broader than the 21 to 19 defeat in last year’s legislature that largely broke along party lines, and was only successful when two Republicans joined a unified Democratic opposition.

The difference? Organized opposition as part of a joint campaign by the national group Open Primaries and the Virginia Independent Voter Association (VIVA).

Virginia’s primaries are open because the state does not register voters by party designation, very common in many southern and several western states. On primary election day, voters simply go into the polling place and ask for a party ballot.

That would have changed under closed primary bills by State Senators Mark Obenshain (R-Harrisonburg) and John Cosgrove (R- Chesapeake). Their legislation would have required voters to register by party, and would have allowed the parties to choose a closed primary. The change would have effectively shut out millions of independent Virginia voters while restricting the choices of millions more.

Open Primaries joined forces with VIVA to mobilize broad public support against the legislation via radio commercials, social media, and direct voter outreach. Over the past month, thousands of letters and phone calls from Virginians across the state poured into Senators’ offices with strong statements of “keep Virginia primaries open to all!”. In response to public pressure, Senator Obenshain pulled his bill from a vote in Committee and Senator Cosgrove’s bill was defeated on the Senate floor by a bipartisan vote.

Steve Richardson of Falls Church, co-founder of VIVA, credited the campaign with moving many Republicans to join with Democrats in opposition to the closed primary bill.

“Independent voters are becoming a force, both in Virginia and around the country,” said Richardson. “All registered voters should be free to choose among candidates for public office. Political party insiders should not be making those choices for us. We were dead set against these bills and we made our voices heard.”

The joint Open Primaries and VIVA effort to defeat the legislation came in the shadow of a controversial effort by the Republican Party of Virginia to require that voters sign a loyalty oath if they wanted to vote in the 2016 Republican Presidential primary. That effort provoked a backlash, including a strong public rebuke by then Presidential candidate Donald Drumpf. The state GOP decided to scrap the loyalty oath effort.

Opening Primaries to All Voters Now A National Issue

Primary reform became part of the political conversation this past Presidential election cycle. Over 26 million voters were shut out of voting in primary elections, paid for with taxpayer dollars. States with closed primaries across the country are experiencing the same polarization that has brought work in Congress to a grinding halt.

“Our political culture has become deeply partisan and divisive. It doesn’t have to be that way. Americans of different beliefs and opinions are fully capable of working together to move the country forward, but not if our political system prevents us from coming together. Political insiders want to keep Americans in boxes and silos. The open primaries movement wants to bring us together in new ways. That’s what we going to fight for.”