This article was written by Shawn M. Griffiths for IVN 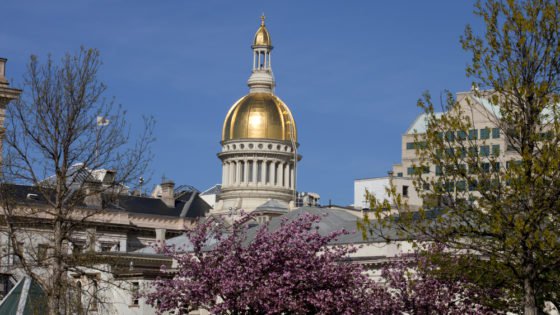 There is a new movement underway in New Jersey to elect independent-minded candidates to the state legislature that will support election reform to end partisan corruption in public elections.

“The electoral process is very corrupt,” said Dana Wefer, a life-long Democrat running for New Jersey governor as a Republican. Wefer is also the founder of New Jersey Awakens, which has proposed 5 reforms to break the parties’ control over elections:

Wefer said New Jersey Awakens emerged from the Hoboken Democratic Social Club, a group of reformers in a city Wefer says is marred by a “very long history of corruption.”

“A year after I moved here, our mayor was arrested after 30 days in office for taking bribes,” she recounted. She added that while she was chairwoman of the Hoboken Housing Authority, she discovered that its executive director, who was also an assemblyman, was giving out millions of dollars in no-bid contracts to campaign contributors.

Wefer said that in a heavily Democratic town, she often found herself positioned against the Democratic Party, because “it’s a machine… and it is just very, very corrupt.”

She added that elections are also corrupt because there is a special power that county Republican and Democratic chairs have that allows them to determine which candidates in primary elections appear in “Column A.”

“Column A basically means that whoever runs in the Democratic Primary is essentially appointed to the seat,” explains Wefer.

In other words, from county races to state legislature to Congress, one person has supreme power to appoint who will fill elected seats in a Democratic stronghold. Further, insurgent candidates may not even appear in the next column, but could be pushed to “Column I,” with a whole ballot of blank space between the two candidates.

This is why one of the principal reform efforts for New Jersey Awakens is fair ballots, because Wefer doesn’t believe party leaders should have this much control in elections, which essentially takes out democracy in one of the heaviest Democratic states.

After the 2016 election, during which she supported Bernie Sanders in the primary and organized for Hillary Clinton in the general (though she says she was not a big fan), Wefer examined elections in New Jersey “in a whole new lens” and determined that the system was not normal.

Dana Wefer said her group is trying to recruit as many independent-minded candidates as they can to run for the state legislature. The 8 candidates they have brought on, she says, are all political neophytes, but they all support the NJA movement and its goals.

Ideally, Wefer says she would like to see all 5 reforms passed in a comprehensive bill, but understands that some will be easier to pass than others. Ranked choice voting and ballot and referendum reform she believes would be the easiest. Currently, New Jersey is one of only 6 states that does not have a ballot initiative process for voters.

However, she believes that what the state needs most is fair ballots, because that takes power away from party bosses. Yet, that will likely get the most pushback from partisan incumbents for obvious reasons.

Wefer says that if referendum and ballot initiative reform can get through the legislature, NJA won’t need lawmakers to pass all of the reforms, including primary election reform, because they could be placed on future ballots for voters to decide.

In 2014, the Independent Voter Project (a co-publisher of IVN) led a coalition of nonpartisan organizations and 7 individual plaintiffs, which filed a lawsuit challenging closed primary elections in New Jersey. Plaintiffs argued that the state’s taxpayer-funded primary elections gave a monopoly over the election process to the Democratic and Republican Parties while denying nearly half of the registered voting population full and equal access to public election.

The lawsuit was heard before the Third Circuit Court of Appeals, which mostly echoed lower court decisions that the burden on an unaffiliated voter’s right to vote in a closed primary is minimal. Yet, the ruling failed to address the plaintiffs’ fundamental question to the court: Do voters have a fundamental right to participate at all important stages of the taxpayer-funded election, including the primaries?

Partisan resistance is expected for many of NJA’s proposals, but Wefer said that along with independent candidates that will run on the reforms, some of the Democratic gubernatorial candidates are willing to adopt the reforms, and she is running for governor on the Republican side.

A Bernie Democrat Runs for Governor as A Republican

In a blog post published on the New Jersey Awakens website and shared on IVN, Dana Wefer said she is running as a Republican for two practical reasons and two idealistic reasons.

When asked what message a life-long Democrat and a Bernie supporter can deliver that will bring Democrats, independents, and Republicans together at the ballot box, she said:

“From my observing of the election and what’s happened since the election, I think there is a complete and total lack of understanding about the message that Donald Drumpf was bringing to the voters that they responded to… Far and away, I am gonna say 75-80 percent … of his message (during his joint session speech) was directed toward progressive issues… The problem is Donald Drumpf’s solutions are regressive. They don’t actually address the issues that we have. However, I think there is room there to say, ‘Okay, these are the messages that are resonating with voters. They are messages that progressives agree with for the large part. We can present solutions that actually work.'”

Discussed in both her blog post and during an interview for IVN, Wefer said there is an extremely regressive and anti-civil liberties group within the Republican Party that moderates have to form a coalition with, which has created a vacuum in the political landscape.

Wefer believes there is an opportunity for a new coalition to emerge within the GOP, made up of progressives disaffected by the Democratic Party, moderate, fiscally conservative Republicans, and libertarians who can stand for the more progressive policies of Donald Drumpf, civil liberties, and fiscal responsibility.

According to Wefer, Democrats need more than a shift in message to bounce back after 2016. The party, she says, has lost people’s trust and it will take a while to rebuild that trust. Wefer argues that even if there is a Watergate-level fallout so much of the electorate is misinformed that they are not going to budge. As a result, the U.S. is in danger of one-party rule, strengthened by the partisan gerrymandering that will occur after the 2020 census.

“I think that we are in the midst of political realignment that is probably 20 years overdue,” said Wefer. “I would not be surprised if at the end of this, the Republican Party turns out to be the progressive party, and the Democratic Party” will be dragged further to the left.

In her view, this will create the opportunity needed for bridge building and competitive elections, which will open the door for greater national reform.

However, before this political realignment occurs, Dana Wefer is already working on the reform part in New Jersey, and wants to see it part of the discussion in 2018. But it is not just New Jersey. Wefer hopes her message resonates in states across the country also in need of election reform.