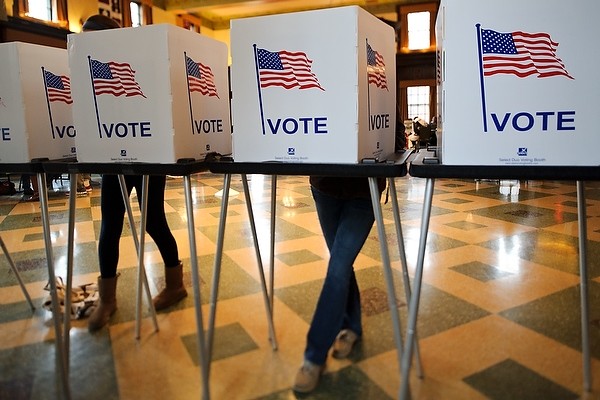 written by Nick Linder for The Maine Wire

Last week, lawmakers in the Maine House and Senate voted overwhelmingly to advance a bill aimed at opening up primary elections to unenrolled and independent voters.

The House voted 92-52 in favor of the bill, which would allow unenrolled and independent voters to vote in a primary election without having to register under a particular political party. The vote came one day after the state Senate voted 27-7 in favor of the bill.

The bill, LD 231, has been placed on the Special Appropriations Table and will need to be funded before it’s sent to Gov. Janet Mills’ desk for her signature or veto.

As Maine election law stands now, voters can only cast ballots in primary elections by registering under a particular political party.

LD 231 would allow unenrolled voters to cast a ballot in a party’s primary election without registering for that party, which would serve to increase primary turnout, as unenrolled voters account for nearly one-third of all voters in Maine. Primaries would then be considered “semi-open.”

The bill comes roughly two years after Gov. Janet Mills signed an automatic voter registration (AVR) bill into law. An aspect of election law that would remain untouched, however, is that an individual enrolled in one party cannot vote in a different party’s primary election. The flexibility of participating in any party’s primary election applies only to unenrolled voters.

The bill, if it reaches final passage, would take effect in the 2024 elections.

It has not been such an easy road for previous open primaries bills, as they have faced opposition from both Democratic and Republican legislators in the past. Last week’s votes show how perceptions and attitudes have shifted in recent years.

Fourteen Republicans voted in favor of LD  231, along with 73 Democrats, each of the four Independents in the House and one Libertarian.

Rep. Will Tuell, R-East Machias, said that he hopes the bill will allow and encourage more bipartisanship in the Maine electorate.

Gov. Mills has not yet expressed support or opposition to the legislation. Secretary of State Shenna Bellows testified in a committee hearing on the bill, and has said her office will be ready to implement the measure if it becomes law, but did not take a particular stance on the issue.