Should Florida Primary be open or closed? - Open Primaries

Should Florida Primary be open or closed? 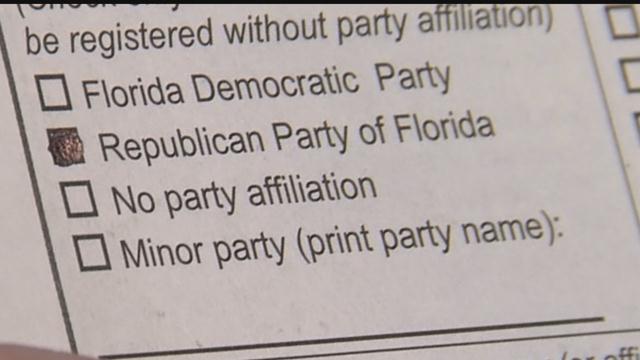 This article was written by Dave Elias for NBC

A group known as "Progress for All" is accusing Florida of holding rigged elections.

The grassroots group wants Florida to hold open primaries. They claim millions of voters are being shut out of primary elections.

They want the state to let voters decide whether primaries should be open or closed.

In Florida, only Republicans can vote for Republicans and Democrats for Democrats in the primary. So, if you're one of the 3.5 million registered independents in Florida with no candidate running, you can't vote.

“I think everybody should have the right to vote for who they want to vote for,” said Kim Aysworth.

Aysworth is one of the 127,000 No Party Affiliates in Lee County – the fastest growing party in the state. He and many others argue the primaries in Florida are rigged.

“People complain they can't participate if they're not registered with a particular party,” said Vicki Collins.

Collins, with the Lee County Elections, has heard the complaints for 18 years.

“They want to be able to vote for the candidate of their choice,” Collins explained.

It’s so serious that the state has formed a commission to study the matter.

Members of the Constitution Revision Commission will hold meetings across the state and ultimately decide if the issue of open primaries should go on the ballot.

“When you exclude 3.5 million people from voting, that is the definition of being rigged,” said John Opdycke, president of Open Primaries.

He wants all voters, who pay for the primary elections, to decide the issue.

“I think it would pass with overwhelming support from Democrats, Republicans, and Independents," Opdycke said.

“It should be opened to all the parties, absolutely,” she said.

“No, I think the primaries should stay closed. Each party should be able to elect or appoint the person they feel has the best chance of winning. Then the public gets to decide in the general election,” said Don Paight of North Fort Myers.

While the chairman of the Lee County Democratic Party Yoseph Tedros supports open primaries, Jonathan Martin, the Lee GOP Chair, does not.

“I don't see primaries as a bad thing. I see them as a very positive thing,” Martin said.

Voters could ultimately decide as early as 2018. They got a chance to vote on the issue in 1997 and it passed, but only opened the primary when there was no viable candidate.

Well, the parties found a loophole ran "fake candidates" to close the primary.

Open Primary wants the next measure to close that loophole.

Joe Pickering commented 2017-04-06 08:20:02 -0400 · Flag
The election system belongs to We the people not We the Party. Decades ago there were largely only Democrats and Republicans and those parties became synonymous with the government. Many Americans came to view these parties as our government.This is simply untrue ! We the People are our government. We the people should be able to vote in every election from the primaries through the Presidential Elections. The parties should participate but NOT own our Elections.