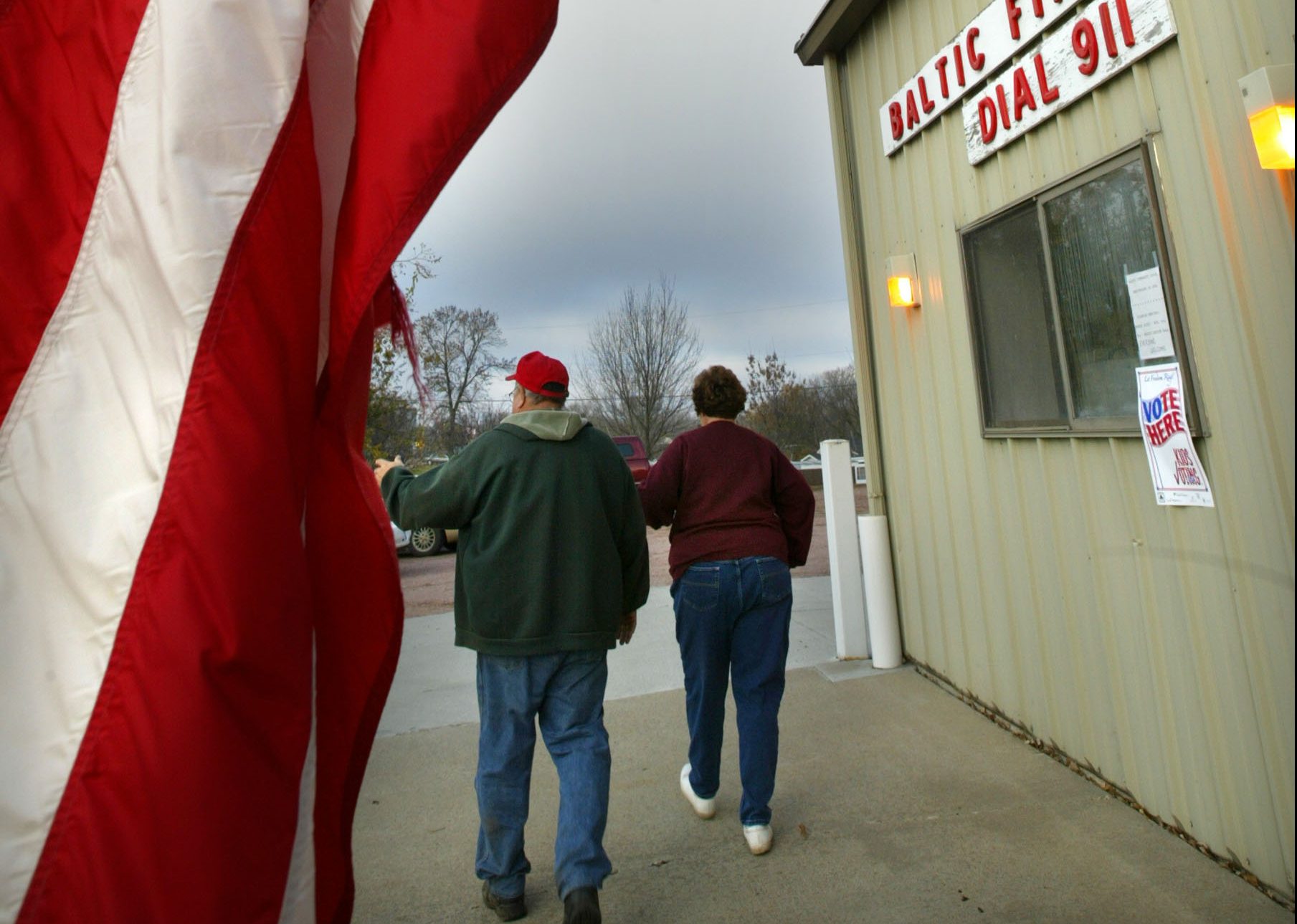 This article was written by James Nord, of the Associated Press, and was published by PBS

The Democrat rattled off the measures’ inscrutable names to a clothing shop employee using a slogan invented by his mother: “If you want to change the channel, vote yes on ‘T-V-22.'”

It’s shorthand for three proposals with the potential to radically reshape South Dakota politics: Candidates wouldn’t be identified with a party on ballots, campaigns could receive public funds and the Legislature would no longer control the redistricting process.

The initiatives have the potential to diminish Republicans’ domination of state government. All three are opposed by the state GOP, which holds every statewide office and supermajorities in both legislative chambers. The South Dakota Democratic Party supports the redistricting measure but hasn’t taken a stance on the other two proposals.

Weiland, who runs a self-described nonpartisan group supporting the proposals, makes no bones that the goal is to upend South Dakota’s political establishment. If successful, he hopes to do the same in other states.

“We’re in the process here of starting a fire on the prairie, and we’re hoping the fire spreads to other areas of the country,” Weiland said.

Together, the measures would strengthen minority Democrats, with the biggest potential gain in legislative races, Northern State University political science professor Jon Schaff said. But, he said, the proposals face an uphill battle because of the GOP opposition and voters’ historical defeat of ballot measures.

Opponents of the measures haven’t yet filed campaign finance reports, though foes of the nonpartisan election plan say they’ve raised about $100,000 so far. Political committees supporting the measures each have received hundreds of thousands of dollars in cash and in-kind contributions.

Perhaps the most sweeping changes would come from Constitutional Amendment V, which would establish a nonpartisan primary that would send the top vote-getters to the general election. It wouldn’t apply to presidential races.

Nebraska uses such a system for its one-chamber Legislature. California, Louisiana and Washington also use a top-two format, though unlike the South Dakota proposal, their systems include some form of party notation.

Former California Republican Gov. Arnold Schwarzenegger, who helped lead the push for the state’s nonpartisan open primary that voters approved in 2010, wrote an op-ed for a top South Dakota newspaper in favor of the amendment. In a statement to The Associated Press, he said voters are angry at a political system that rewards party extremists and discourages moderation.

“I’m calling on all Americans to join me in creating a future where we elect public servants, not party servants,” Schwarzenegger said.

But some believe it would reduce transparency at the polls. It makes sense to list party labels on the ballot, said Judith Ryan, 80, of Sioux Falls, who voted against the amendment when she recently cast her absentee ballot.

“I think the expectation that our voters will be sufficiently informed of the substantive issues in an election without having those parties identified, I think it’s just too hard to vote,” said Ryan, who described herself as a moderate Republican.

Ryan did vote for Initiated Measure 22, which would allow voters to tap a state fund to send two $50 credits to participating political candidates, tighten campaign finance and lobbying laws, and create an ethics commission.

Opponents have argued in several venues — radio, mailers, phone calls and canvassing — that public campaign financing would pull state resources from other priorities. The opposition includes Americans For Prosperity-South Dakota, the state Retailers Association and the state Chamber of Commerce and Industry.

“There’s no reason for a Republican in South Dakota to oppose political reform or to favor the potential for corruption,” he said.

Tim Wilka, a Democrat from Sioux Falls, supported all three measures on his absentee ballot. The 61-year-old retired attorney said he thinks there’s too much cronyism at the state Capitol, and wants political boundaries drawn by an independent commission to make redistricting fairer.