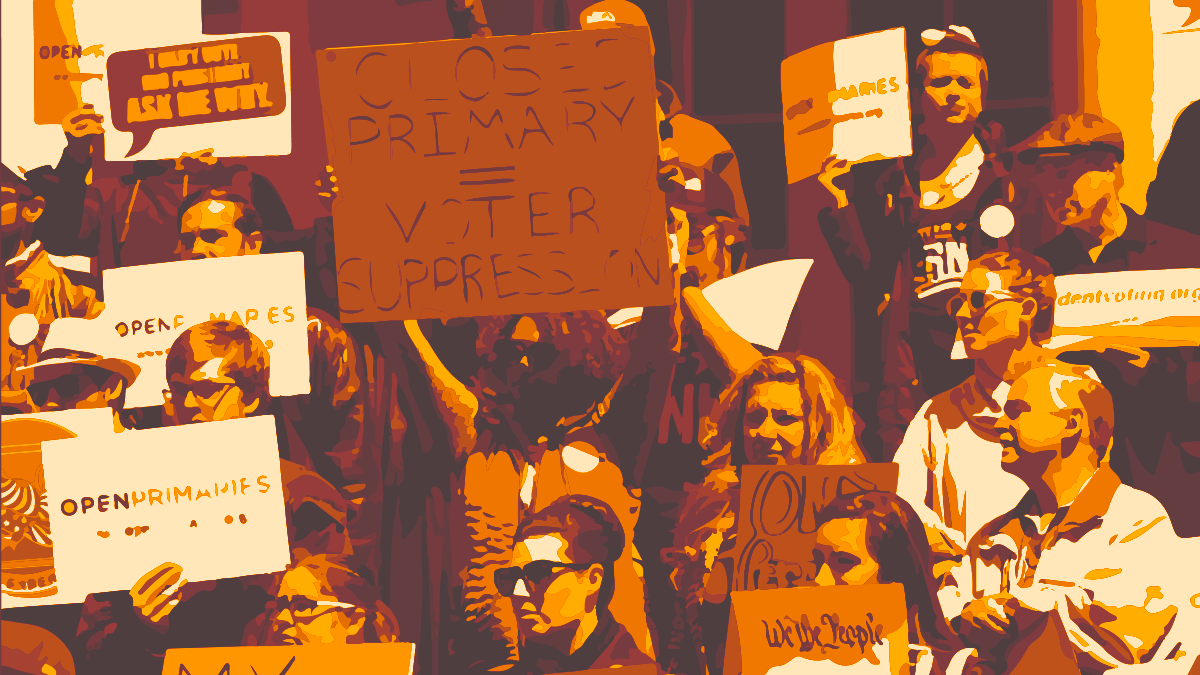 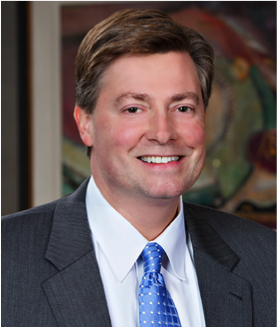 Jason Altmire is a former Democratic Congressman from Pennsylvania who served three terms in the United States House of Representatives from 2007-2013, where he was known as a bipartisan centrist who worked across the aisle. This openness to collaboration enabled him to get 29 of his legislative initiatives signed into law. He has written extensively about the need for primary reform, and is the author of “Dead Center: How Political Polarization Divided America and What We Can Do About It” which explores how party polarization paralyzes Washington and what we can do to stop it. He lives in Florida. 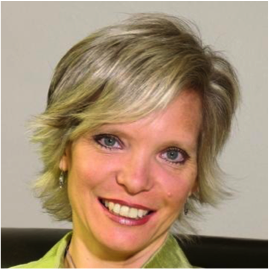 Jennifer Bullock is the co-founder and director of Independent Pennsylvanians, a grassroots organization advocating on behalf of independent voters and for structural political reforms. She passionately advocates on behalf of unaffiliated and third party voters whose tax dollars are used to pay for primary elections that exclude them. Bullock is also a licensed psychotherapist with 27 years of experience working with individuals, groups, couples and families. 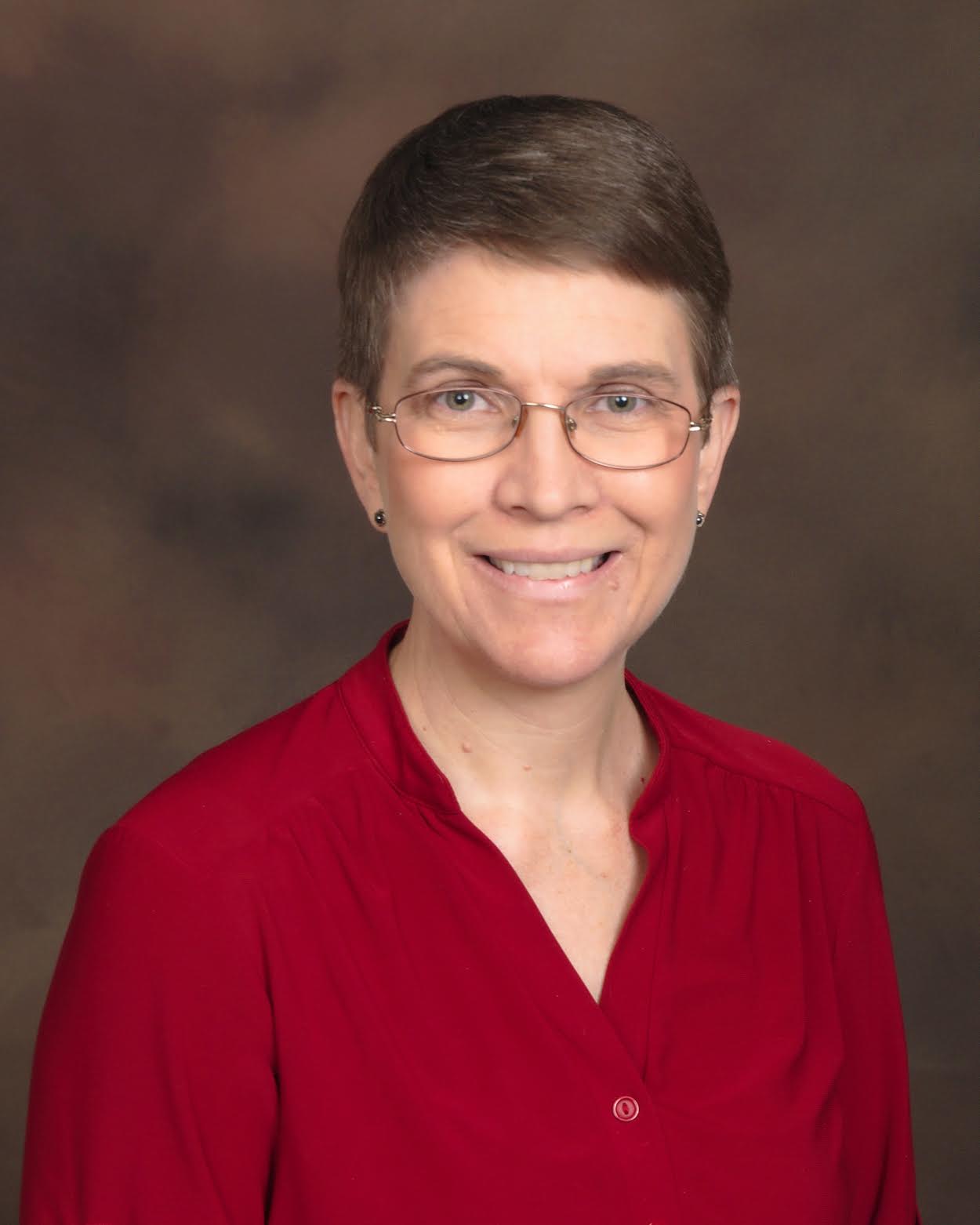 Sondra Cosgrove is the Executive Director and Chair of the Board for Vote Nevada. Vote Nevada is a new civic engagement nonprofit that promotes civic participation, legislative advocacy, and advancing civil rights.

She is also a professor of history at the College of Southern Nevada. In addition to teaching, Sondra works with the CSN Women’s Alliance to promote diversity, equity, and inclusion.

Sondra is currently the Vice Chair of the Nevada Advisory Committee to the U.S. Commission on Civil Rights, a City of Las Vegas Historic Preservation Commissioner, a board member of the ACLU NV, and a board member of Nevada Women in Trades. She previously served as President of the League of Women Voters of Nevada. 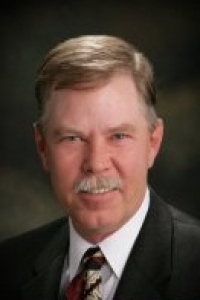 Dan Douglas was first elected to the Arkansas House of Representatives as a Republican in 2012. He is also a farmer and real estate investor. Douglas has been an outspoken proponent of bipartisanship and electoral reform. In 2017 and 2018 he introduced legislation for top-two nonpartisan primary elections in Arkansas. 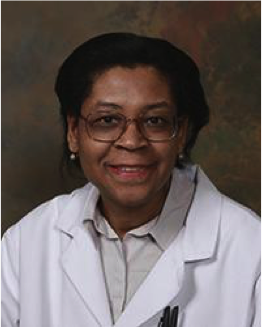 Dr. Jessie Fields is Harlem-based physician and teaches at both the Icahn School of Medicine at Mount Sinai and the Touro College of Osteopathic Medicine. A native Philadelphian, Dr. Fields has dedicated her career to providing primary care in underserved communities. After working in the Westside of Chicago and Harlem Dr. Fields saw how the social and economic conditions of poverty affect a person's physical health. To address those problems she took her commitment to community health into the political arena. Dr. Field’s supports primary reform as an approach to breaking down barriers to participation and increasing voter mobility in communities of color. 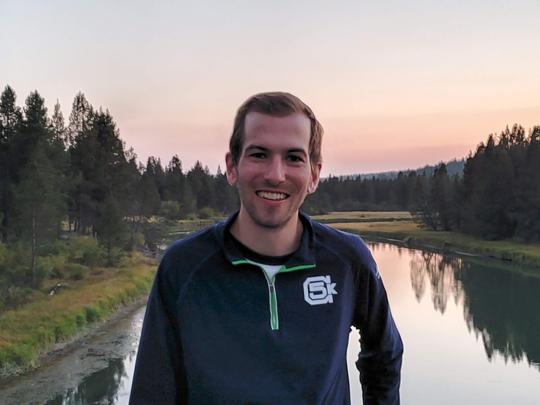 Kevin Frazier is committed to making our democracy more representative and participatory. He started The Oregon Way, a statewide, nonpartisan blog, to create a platform for common sense ideas to bring people together and solve problems. His own writing on open primaries and other democratic reforms has been featured in The San Francisco Chronicle, TechCrunch, and The Kennedy School Review. In addition to advocating for structural reforms to our democracy, Kevin launched No One Left Offline, a nonprofit focused on closing the digital divide -- a necessary condition to allowing all Americans to participate in a 21st Century democracy. Kevin is currently a student at the UC Berkeley School of Law and Harvard Kennedy School. He proudly calls Oregon home and has worked closely with advocates for electoral reforms in his home state as well as in California. 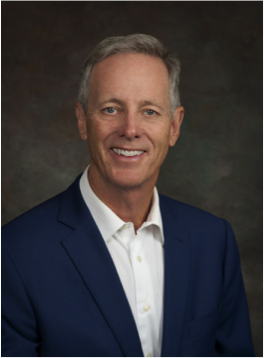 Joe Kirby is a proud fourth-generation South Dakotan, prominent business leader and government reform advocate. He believes all voters should have equal rights to participate in the election process. He is a lifelong Republican who believes strongly in the importance of competition in the political arena. Kirby played a leadership role in the 2016 initiated constitutional amendment campaign to create top-two nonpartisan elections in South Dakota, which ultimately garnered 45% of the vote. 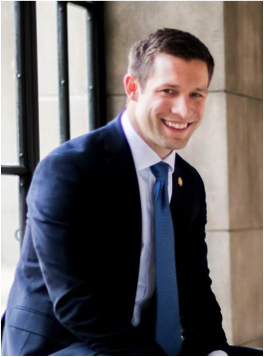 Adam Morfeld has been serving in the Nebraska state senate since 2014. He sits on the Education and Judiciary Committees and is dedicated to advancing participatory democracy. Morfeld founded Civic Nebraska in 2008 to protect voting rights, create more accessible elections and strengthen K-12 civic education. He is currently the organization’s President and CEO. Civic Nebraska is the only public interest group in the state dedicated to creating uniquely Nebraskan civic education programs and conducting Nebraska-specific election administration policy research. Though Nebraska uses nonpartisan elections for state legislative races, Morfeld believes voting can be made even more accessible and supports same-day voter registration, automatic voter registration, expanding vote-by-mail and expanding Nebraska’s open primary to include statewide and federal offices. 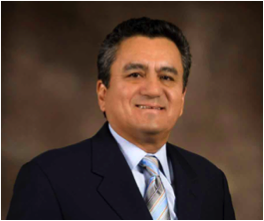 Dany Ortega is a Democratic Party leader, an attorney, and longtime advocate for community empowerment and democratic reform. He speaks frequently about the impact closed primaries have on Latino participation, representation, and empowerment. Ortega is the former Board Chair of the National Council of La Raza, the largest Latino nonprofit advocacy and civil rights organization in the country. He also serves on the Board of Directors of the Cesar Chavez Foundation, Los Abogados Hispanic Bar Association, and the Arizona Hispanic Chamber of Commerce. He lives in Phoenix Arizona. 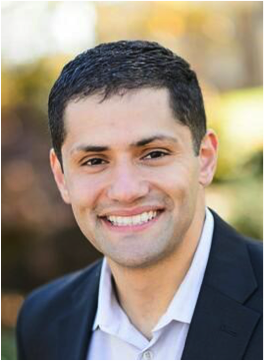 Sam Rasoul was first elected to the Virginia House of Delegates as a Democrat in 2014. In 2016 and 2018 he introduced legislation for top-two nonpartisan primary elections in Virginia. He is also the first VA legislature to no longer accept donations from special interest PACs or from registered lobbyists. Delegate Rassoul is an outspoken advocate for both reforming the system and rebuilding trust between the American people and their elected representatives. 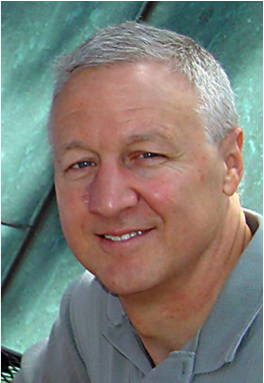 Steve Richardson has been an independent for most of his life and has consistently been facing barriers to participating in elections as a result. To ensure that every independent voter in Virginia is included in the political process he founded the Virginia Independent Voter Association (VIVA). Richardson and VIVA fight for reforms like top-two nonpartisan primary elections that that would help Virginia deliver an accessible democratic process to its voters. 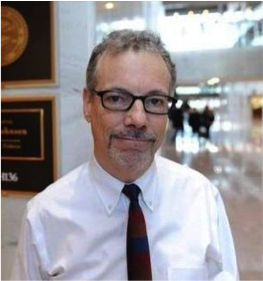 Drey Samuelson has a successful history working in politics. He has worked for former U.S. Senator Tom Daschle (SD-D), ran successful ballot initiatives in Nebraska, and worked alongside Congressman and Senator Tim Johnson (SD-D) both on his election campaigns and as his chief of staff. He also co-founded TakeItBack.Org, a nonprofit focused on using ballot initiatives to reform the political process in South Dakota and other states. The group specifically hopes to curb the polarizing and hyper-partisan nature of our current political system. He was a prominent leader of the 'Yes on V’ campaign for open primaries in South Dakota in 2016. Samuelson grew up in Nebraska where the state legislature uses top-two nonpartisan primary elections and sees these more open and fair elections as a crucial step forward to create a more effective political process. 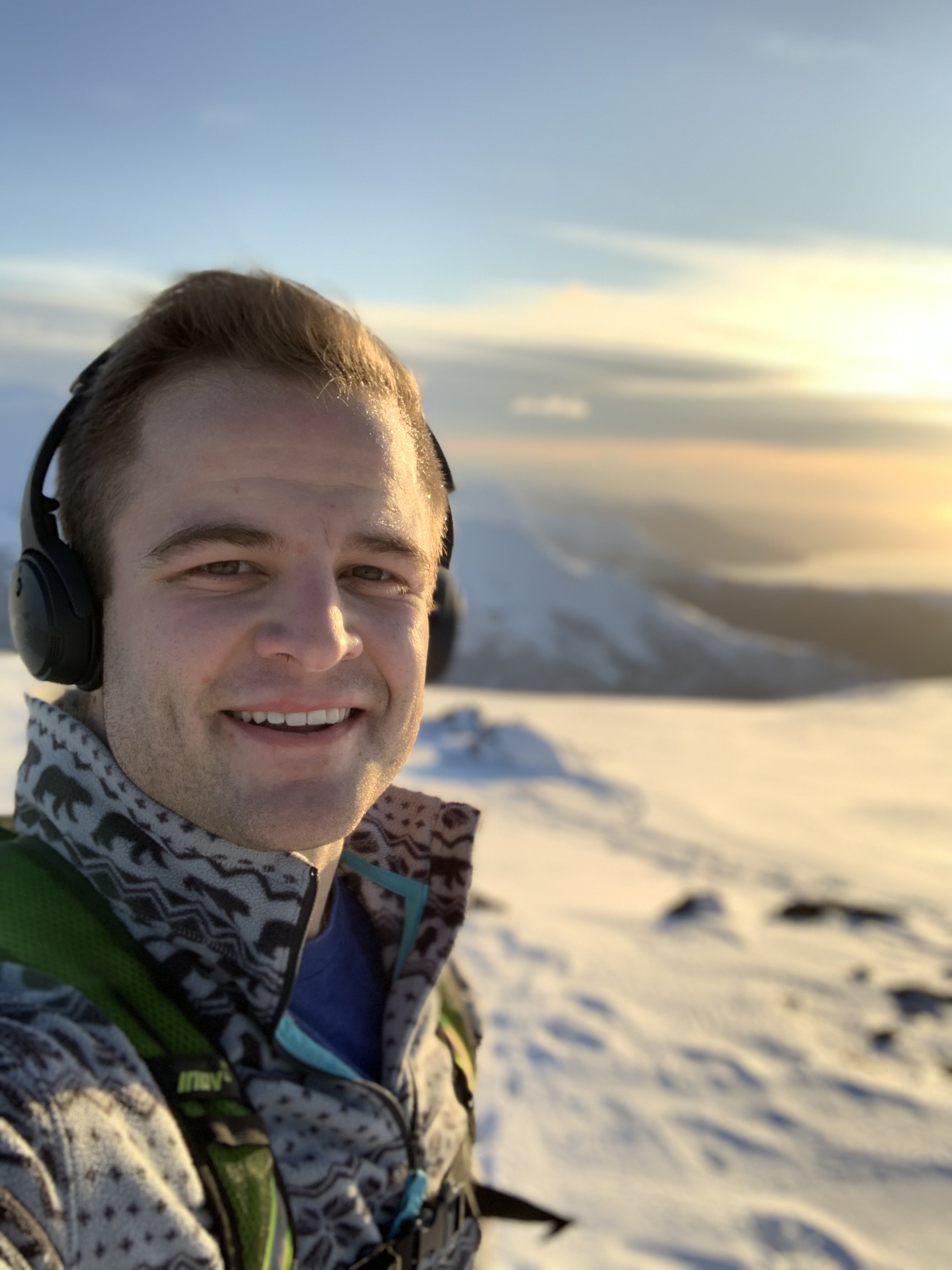 Shea Siegert most recently led the successful 2020 Ballot Measure 2 campaign in Alaska, which instituted Top 4 Open Primaries, Ranked Choice Voting in General Elections, and strengthened campaign finance disclosure, as the Yes on 2 Campaign Manager & Spokesperson. Prior to 2020, Shea spent 3 sessions working for Republican and Independent Legislators in the Alaska State House, and has played a role on over 17 Alaska campaigns, including serving as Interim Campaign Manager to Independent Governor Walker.  Shea is now working to implement and defend the policies within Ballot Measure 2 as the Director of External Affairs and Co-Founder of Alaskans for Better Elections, Inc. and the Alaskans for Better Elections Foundation. 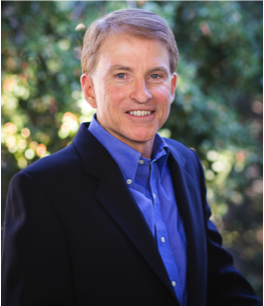 Steve Westly served as Controller and CFO of the state of California from 2003 to 2007. He was instrumental in the 2010 campaign to enact open primaries in California. He is also the Founder and Managing Partner of The Westly Group, a clean technology venture capital firm. California has the fifth largest economy in the world and is often seen as an innovative leader for technology, but Westly believes it’s time also look at the state as an innovative political leader as well. Top-two nonpartisan elections have helped California have more competitive elections, increased minority representation in politics, and encouraged bipartisan collaboration.  California is a global leader in technology and is increasingly becoming a global leader in democracy innovation having enacted independent redistricting and open primaries.