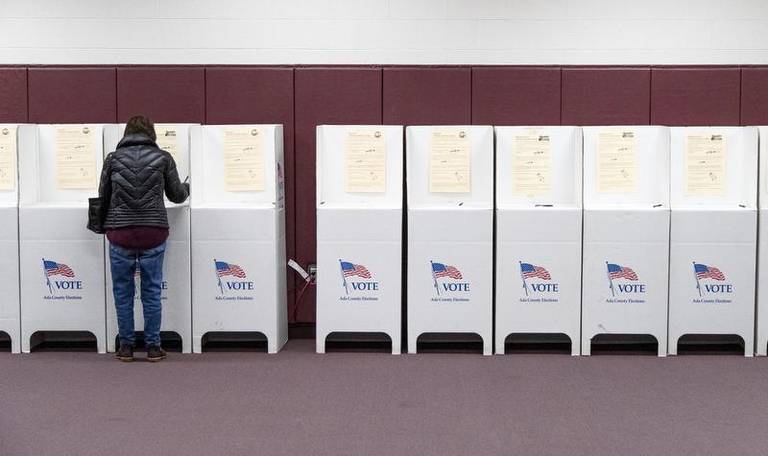 The legislative session seems to be over for now, but it’s hard to breathe a sigh of relief.

The work legislators did — and didn’t do — has kept us mid-exhale, especially because it could easily start again. That decision to adjourn without an official end to the session exemplifies the theme of this year’s session: fear.

Our legislators are afraid of the people. They’re afraid that, if voters aren’t pleased with their work, voters will put up another ballot initiative in opposition of legislators’ wishes. The legislature is afraid of having to follow a governor they disagree with, of not being in control. Legislators were more reactionary and inflammatory than ever this year, which led to a remarkably unproductive and embarrassing session.

Usually we end every legislative session by giving our elected officials a letter grade. Most sessions have some high and low points, but we struggled to find any high points; there’s maybe a medium point at most. One board member suggested F minus, but an incomplete may be a better marker of 2021’s session.

Not only is this year’s session not officially over, our legislature failed to solve a majority of problems affecting real Idahoans. They left the school year early and didn’t finish all the work, the work they promised to their constituents.

After a year of dealing with COVID-19, a new type of coronavirus, it’s understandable to be afraid. Society is forever changed. This was the ultimate time to demonstrate responsible, thoughtful governance. Instead, the legislature circled the wagons and pushed hard on extreme ideology as a method of preserving their power. We asked for leadership, and we got dogma.

Instead of worrying about any number of persistent problems in Idaho education, the “real problem” was critical race theory — a concept most legislators can’t define.

A toxic workplace culture seems to still pervade the Statehouse. If we want to attract good candidates to government work, that must be addressed. What young woman would choose a workplace where she could be harassed by a lawmaker, and then doxxed and publicly shamed, also by a lawmaker?

The property tax “fix” only kind of solves the issue; mainly, it hamstrings cities’ and counties’ ability to tax growth to pay for expanding critical services.

To top it all off, voters had their right to add initiatives to the ballot severely limited. This is a key part of the great American experiment in government. We the people find it disingenuous that legislators prattle on about the Constitution and can’t find time between power grabs to read the document.

So, after such a train wreck of a session, what can citizens do? How can we ensure the next session, and the next, are reeled in?

First, we’d like to see the Republican party open their primaries to all registered voters, regardless of party. People have long recognized that voting on a Republican ballot is worth more than a Democrat ballot in Idaho. Bringing more people into the fold, allowing open primaries, gives voters the greatest breadth of options, and it could help weed out some of these candidates who don’t have Idahoans’ best interests in mind.

Voters should use their time and money to support organizations that back moderate sensible candidates. Our society is becoming so polarized. Electing candidates too far to either side doesn’t ensure that governing will be productive — it simply ensures lots of shouting matches. We need the moderates back.

There are a few examples currently serving — Scott Syme, Greg Chaney, Melissa Wintrow, Ilana Rubel — but they’re becoming the minority. Syme has acknowledged that coming out against the extreme right-wing legislators is going to get him kicked out of office. It’s disheartening that Syme and other legislators feel pressured to go with the flow for fear of losing their seat, instead of standing up for what he and his constituents believe.

Not all Idahoans believe in the nonsense being pushed by so many legislators. We think a majority of Idahoans are good, practical people who just want to live their life in peace; these are the people we need in office. So, if you feel that you’re someone with a good, reasonable head on your shoulders and wants to work with others to actually solve problems, you should run for office.

Democracy is a team sport; it only works if we all participate. Throughout the session, we saw so many citizens engaging with the process — that must continue if we want to ensure change. If you don’t like the direction this state is heading, the time to act is now. We can’t afford to let {/span}{span}fearful people dictate our lives any longer.