The Campaign For Open and Honest Elections in Arizona 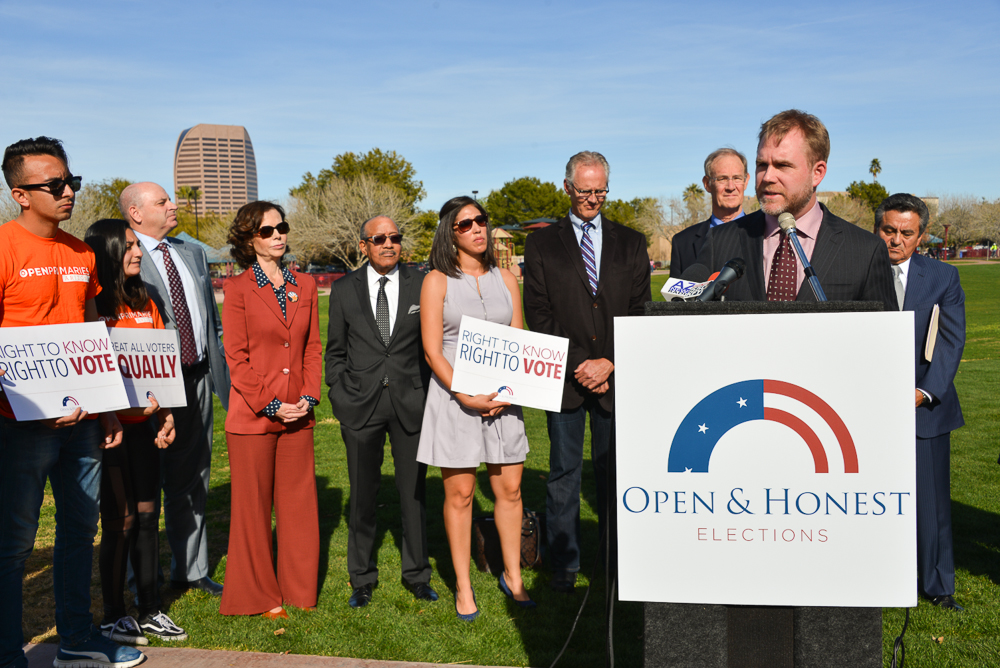 JANUARY 2016—two committees were filed with the Arizona Secretary of State's office to support two constitutional amendment initiatives that promote fairness and transparency in Arizona primary elections. The first initiative is Open and Honest Disclosure which will require groups who spend more than $10,000 in contributions towards candidate elections to disclose the original source of the funds. At the same time, the Open and Honest Elections would create a level playing field for all candidates, regardless of party affiliation, where they would directly compete under the same rules.

Get Updates from the Campaign

The Importance of a Fair Electoral System 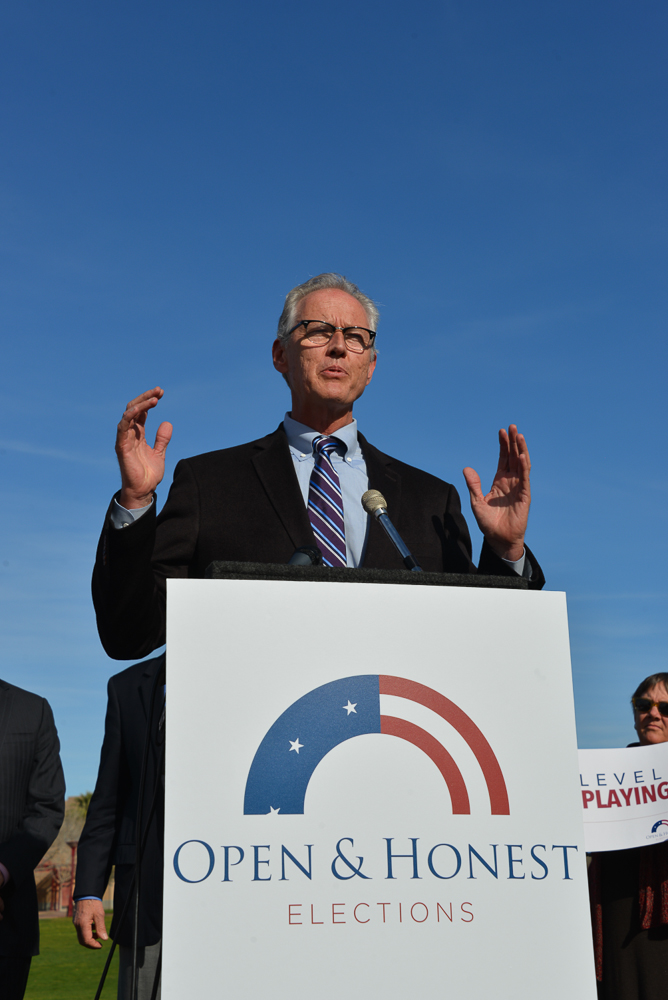 "I have been asking a lot of people if they believe the system is working and if they are happy with the result. The answer to both questions time and again has  been a resounding no.

It is clear that divisive and discriminatory elections driven by millions in undisclosed and unaccountable money are the root of many of our problems.

I am proud to be a part of the coalition that is forming these committees to promote an electoral system that treats everyone fairly, regardless of party affiliation, and promotes transparency in our candidate elections."

- Paul Johnson, Former Mayor of Phoenix, Co-Chair of the Open and Honest Coalition 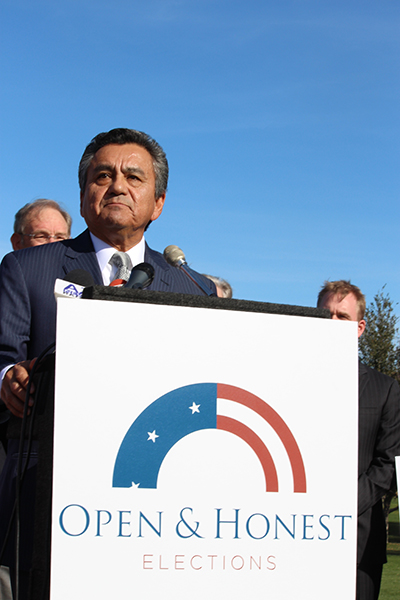 "Democracy shrouded in darkness and inequality is no democracy at all and not one that Arizonans wants to be a part of.

We are tired of politics as usual and are looking to believe in a system that works. I have no doubt that these reforms are what Latinos are looking for when it comes to participating in and trusting our election system.”

— Danny Ortega, Attorney and Co-Chair of the Open and Honest Coalition 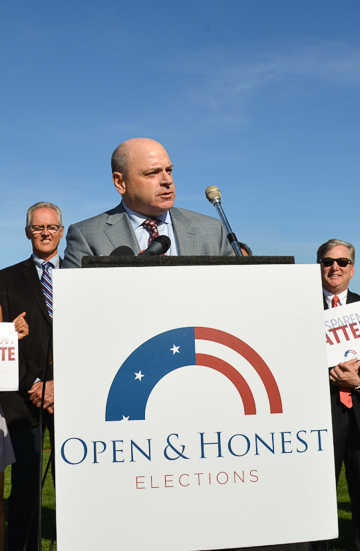 "Today the single largest group of registered voters in Arizona have chosen to be Independents or have refused to align with a political party.  Our current election system for state offices discriminates against these voters and forces them to participate in a taxpayer funded election which forces them to choose the very partisan ballot they have already rejected.

Our current election system institutionalizes unnecessary and anti-competitive barriers to participation.  Through the filing of an amendment today to our Arizona Constitution we intend to tear those walls down."

— Chuck Coughlin, President of Highground Public Affairs and Consulting, Co-Chair of the Open and Honest Coalition

Open and Honest Elections Campaign in the News

Unlikely allies want to shake up Arizona elections with proposals outlawing anonymous corporate political donations and replacing a primary system they say favors the extremes of both major political parties. The proposed ballot measures are being spearheaded by two former Phoenix mayors who ran as Democrats for governor and the Republican political consultant who most recently backed Gov. Jan Brewer. 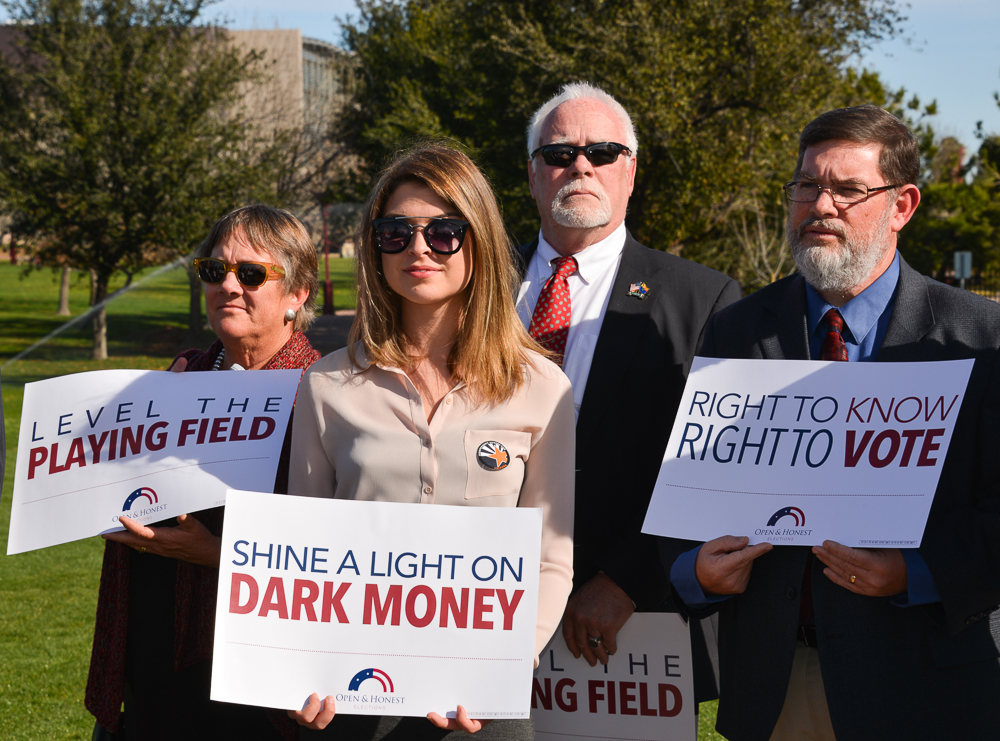 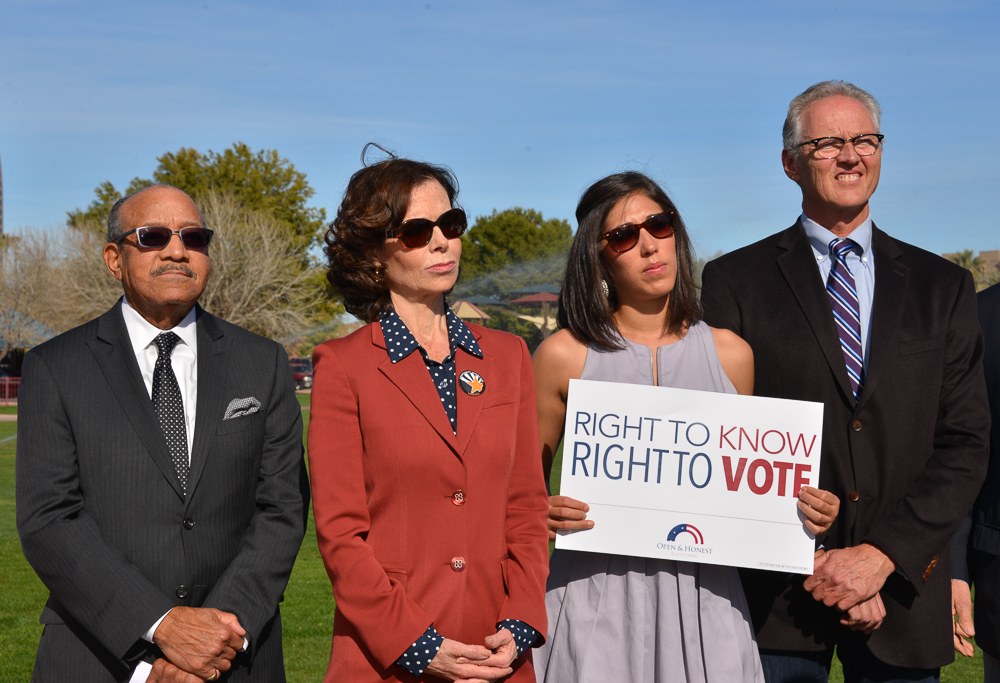 Saying the current system is broken, a group has launched a two-pronged campaign to convince voters to make major changes in the state’s political system. One measure would revamp the election system for everything from statewide to local offices to operate closer to how most cities do. All candidates would run against each other in the primary, with the top two vote-getters facing off in the general election, regardless of party affiliation

Arizona could open up primary elections and the source of major campaign contributions if two constitutional amendments garner enough signatures and votes. On Thursday a bipartisan group, known as the Open and Honest Coalition, announced its ambitious campaign to reform the state's election system with two voter-approved measures.

A former Arizona attorney general and a former Phoenix mayor are launching a campaign to bring elections reform to voters through a pair of ballot measures. The Open and Honest Elections Coalition is sponsoring a measure to increase disclosure requirements for groups contributing more than $10,000 to a political campaign and a second measure to put all Arizona candidates on a single primary ballot. 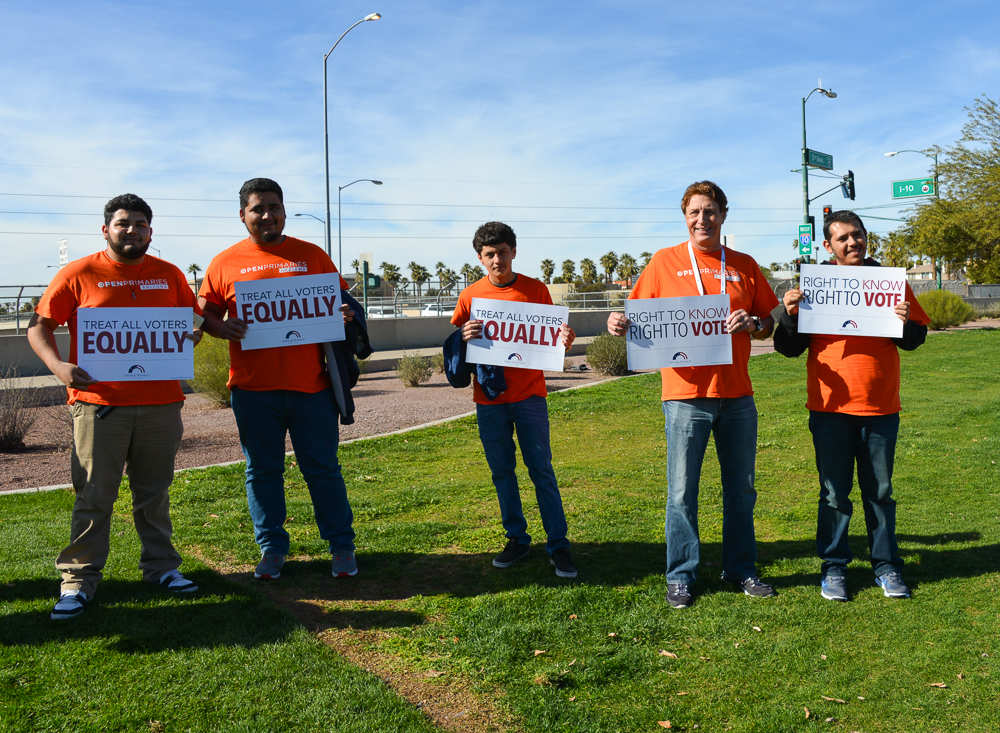