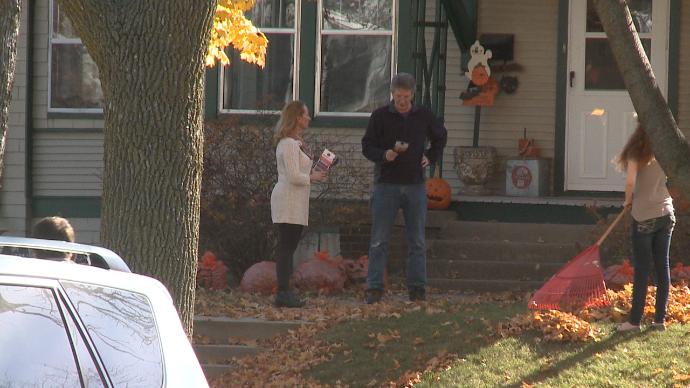 This article was written by Carlos Gonzalez for KSFY ABC

Proponents for Amendment 'V' hit the streets of Sioux Falls Saturday looking to inform and gain supporters before election day.

Amendment 'V' would establish a single open primary for voters of all parties.

'First of all, it'll level the playing field. Independents will now be an equal part of the process and number two, I think you'll see more Independents running for office," said Chairman of Yes on 'V', Rick Knobe.

John Timmer served on the South Dakota State Legislature for 12 years- he says after having first hand experience in the states political system- he thinks Amendment 'V' is good for the future of South Dakota.

"I saw what a problem it was with parties trying to control legislation and legislature and I thought there's a better way to give people elected than through party system." said Timmer.

But opponents say this measure is being pushed by out of state donors - and don't believe it would benefit the state.

"South Dakota actually works. We balance our budget, we have great quality of life and low taxes. We shouldn't be looking to California for ways to fix our government. I think they should be trying to copy us, instead," said Chairman of No on 'V', Will Mortenson.

Mortenson says the amendment would hide important information from voters on the ballots like party labels.

"People can look to state leaders like Governor Duagaard, Senator Thune, who see this plan for what it is, an attempt to overhaul our constitution from out of state. They know that South Dakota, works a lot of states don't, but we still do and they think south Dakota has something worth persevering and I think most South Dakotans will agree and vote no on this constitutional overhaul," added Mortenson.

Both groups say majority of voters they have spoken with are aware of the amendment but were still undecided on how to vote.