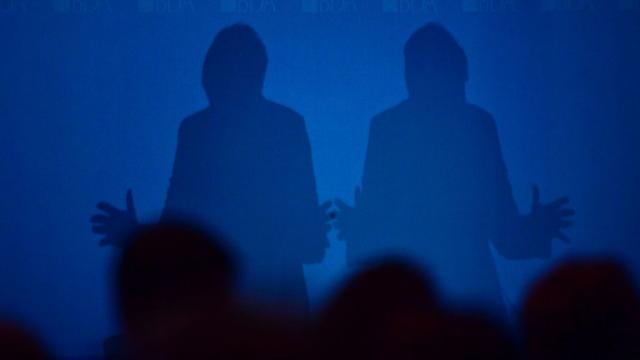 One of the deepest divisions within the Democratic Party is playing out right now behind closed doors. The divide is not over candidates or policies but over whether the party is prepared to make its own nominating process more democratic.

While the public face of the party is united against the president and focused on winning races in 2018, the fractures laid bare during the 2016 election cycle are far from healed. Millions of Democrats — and Americans in general — are still reeling over a 2016 presidential election season that left so many of us feeling that the system is rigged and no longer representative of the people. Donna Brazile's recent revelations of preferential treatment by the Democratic National Committee has only added fuel to the fire.

In response to the voters’ frustration (and the conflicts between Bernie Sanders and Hillary Clinton backers) last year, the DNC created the Unity Reform Commission (URC), which is tasked with offering recommended rule changes ahead of the 2020 presidential primaries. The URC has met four times and is scheduled to deliver its final recommendations on Dec. 8. They’ve held over 20 hours of public debates on a range of “democracy” issues, but have somehow managed to stay off the media’s radar for the most part.

Over the past couple of weeks, high-profile Democrats have been calling on the URC to make substantive change to the way the party runs its primaries. Our Revolution —Sanders’s nonprofit — sent out an email urging the URC to get rid of superdelegates and open the primaries. Sanders followed up with multiple media appearances where he similarly urged the party to be more open.

Said Sanders on “Face the Nation” last month: “There are more people now who are Independents than Democrats or Republicans. So to say to Independents, say to young people who are overwhelmingly Independent, say to working people, 'We don't want you to come into the Democratic Party,' is totally absurd. And it's a recipe for failure."

Other senior party officials have echoed that sentiment. Former Clinton adviser Mark Penn published an op-ed titled “How to fix the Democratic Party,” in which he advocates for a number of reforms. First and foremost: open primaries and an end to superdelegates.

Former Congressman Jason Altmire (D-Pa.), who just published a book about the rise of hyperpartisanship in Congress, has been vocal about the need for reform within the party, and also called on the Democrats to adopt open primaries: “The results have been encouraging in states, like California, that have instituted these types of voting reforms,” said Altmire.

Open primaries are also incredibly popular with Democratic voters — 73 percent of them approve of the system. And if that’s not reason enough for the URC to recommend a shift to open primaries, the fact that the percentage of independent voters continues to rise substantially, year over year, should be.

Forty-five percent of American voters now identify as politically independent. And a whopping 50 percent of millennials, myself included, and 59 percent of voters under the age of 30 are no longer affiliated with a party.

The Democratic Party has a unique opportunity to reach out to these voters and bring them into the process, before losing an entire generation of them. That is, if they want to continue to claim the mantle of being the party of democracy and voting rights.

While there has been much debate over who writes the presidential nomination rules — how much control the state has versus what the party is legally able to incentivize the state to do — it’s clear that the Democratic Party (and Republican Party) has the legal authority to open the 2020 presidential primaries to independent voters in all 50 states. It’s a point made clear directly to the URC in recent testimony by the DNC’s own chief legal counsel.

That’s why my organization, Open Primaries, is running a petition campaign urging the URC to adopt open primaries for all presidential races.

I’ve traveled all around the country, talking to voters of all stripes who have lost faith in the ability of both political parties and our government to be able to represent them and provide for meaningful change. The Democratic Party has a decision to make. It can continue to ignore the growing demand for a more open and democratic political system, or it can reinvent itself, embrace electoral reforms like open primaries, and reconnect to the American people. I hope it chooses the latter, and puts the party on course to regain some of that lost trust.

And I will be in Washington, D.C., on Dec. 8, at the final URC meeting, to hold them accountable.