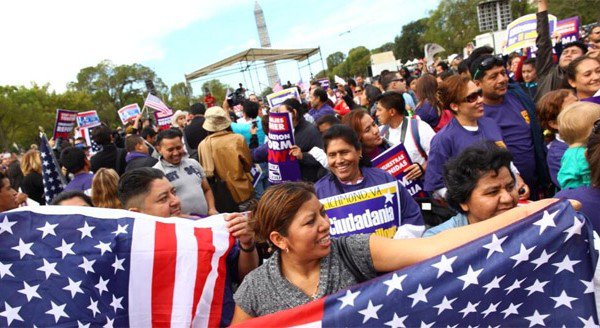 The People of Florida Have Spoken: They Demand Open Primaries 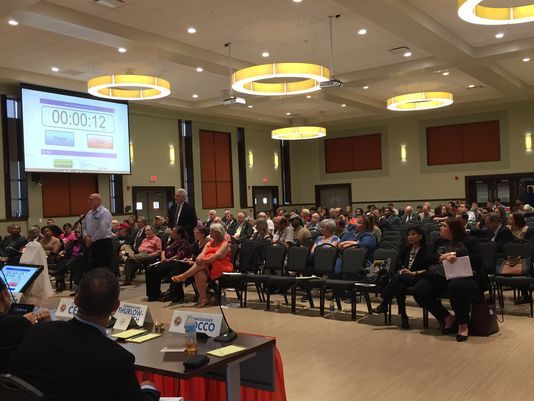 A true demonstration of democracy is underway in Florida. Over the past two months, the Constitution Revision Commission — a political body that will select constitutional amendments to place on the 2018 ballot in Florida — held nine public hearings across the state where voters could speak out about the issues they want addressed. The final hearing took place in Tampa Wednesday night.

Thus far, one of the most popular topics of conversation was open primaries. Dozens of voters turned out at the initial hearings to express how they felt disenfranchised by closed primaries and opined on the unconstitutionality of forcing taxpayers to fund primaries they can’t vote in. But that’s far from all they had to say.

Giancarlos Espinosa drove all the way to Miami from Key West to address the impact that closed primaries have on communities of color: “Everyone knows that a disproportionate number of minorities are affected by this. This clearly allows the voting population to be determined and undermined by racism,” he said.

Margo Fullilove, from Panama City, worries about the exclusion of Millennials from politics: Over half of young voters identify as independents in national surveys,” she said. “We shouldn’t be locking out the next generation of leaders from participating in our political process.”

Melissa Butler, a retired political science professor who still teaches in Shanghai during the summer, tries to instill the meaning of democracy in her Chinese students: “I tell them about government of the people, by the people, and for the people, and about the value of full political participation.” Yet, when it comes to teaching about closed primaries, she said: “I feel just a little bit hypocritical when I reflect on how our own system often fails to measure up as a democracy.”

Jackie Bowen is similarly conflicted with the way our democracy fails to live up to its own ideals: “I grew up thinking we were a country where each person had an equal vote, but now it seems you only have an equal vote if you’re a Democrat or a Republican,” she said.

Partisan primaries are designed to advance the interests of political parties, and they do nothing to advance the quality of our democracy… Parties have no business running what is fundamentally a public function — managing elections. Public dollars demand public elections.

Aronberg, a state attorney and former Florida state senator, had this to say about the write-in loophole in Florida: “Democracy has to mean more than gamesmanship and manipulation.”

And Alex Boardman — who couldn’t secure childcare for the Boca hearing, so he testified with his infant daughter in his arms — said: “I can’t imagine us being able to call ourselves a democracy here while we exclude 3.1 million people, like we did in the last election… What are the two major parties afraid of?”

Many who testified at the CRC hearings also acknowledged the effect closed primaries have on hyper-partisanship. Jennifer Leaf, from Ft. Myers, said that closed primaries “lead to more polarized candidates who know that they do not have to pay any attention to the majority of people in their constituency.”

Other activists spoke about their experiences moving from an open primary state to Florida.

Frank Campus, who spent much of his life in Alabama, relocated to Florida 15 years ago. He’s been a Democrat and a Republican, and now he’s an independent. He said:

I vote for the person… I was really shocked when I voted for the first time as a resident of Florida… I’m not a felon… I’m just an average, old retired guy… I don’t think it’s fair to me that I can’t vote in the primary. Don’t let Alabama be a better state than Florida.

Tracy Gagnon had a similar experience:

I moved here from New Hampshire in the late 90’s… I was registered as independent… The election I was interested in voting in that year was for sheriff. I can’t even believe that a sheriff is a partisan election. Where I’m from, I don’t know what our sheriff is — whether he’s a Republican or a Democrat — and I don’t know why that would matter for a sheriff.

Clearly there’s a common conception in Florida that closed primaries inhibit the state from exercising a truly democratic system of governance. That could explain why in a recent poll, 73% of Florida voters said they believe taxpayer funded primaries should be open to all voters.

I have to say, as a political organizer involved in advocating for electoral reform, I’ve never seen anything quite like this.

As if the attendance of over 60 open primaries activists at these hearings isn’t cause enough to celebrate, the sheer diversity of these activists, their ideals, and their thought processes, was a spectacle to behold.

Some drove for hours just to have an opportunity to speak. The majority showed up on their own, independent of any poking or prodding by political groups.

What united all of them was a sense of outrage and marginalization, and the growing frustration that comes with being an independent voter in a political system that discounts those who fail to align with a major party.

The people of Florida spoke loud and clear over the past few weeks. They want open primaries.