This election is rigged — but not the way you think 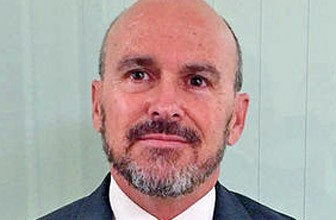 This article was written by Bob Perls, founder of New Mexico Open Primaries, for NMPolitics.net

We, the people, rigged it by electing politicians over and over again who have no interest in competition. It is not “election fraud” that defines this rigged election, but a fraudulent electoral system. This is what we mean:

Wouldn’t you love to have a business where you get to decide who your customers are, who the competition is, how much the product will cost and how much profit you are going to make? Throw in for good measure a pure monopoly (or duopoly) with the government protecting your exclusive franchise and you have just described our electoral system. No one can ever compete.

Politicians get to decide who their customers (voters) are before the voters get to decide who they want in office. This is backwards. Every 10 years politicians create safe districts for themselves or pour the opposition into a few districts so there is no competition for most seats. New Mexico has the least number of candidates with competition in the nation. This means the election is rigged heavily toward the incumbent.

Politicians get to decide who their competition is because they have erected discriminatory and unfair barriers to getting on the ballot. Did you know that independent and minor party candidates in New Mexico have to turn in between three and 10 times the number of signatures to get on the ballot that Democrat and Republican candidates do? This means the election is rigged heavily toward the incumbent.

Politicians have an incentive to keep campaigns expensive. Unless you are wealthy, corrupt or a party regular tightly aligned with the true believers of either major party, you can’t compete because you can’t raise enough money to pay for media buys. Did you know that the average member of Congress spends more time raising money than working on their job? This means the election is rigged.

Politicians have created a monopoly in most districts. The proof is that most have no competition. Seventy percent of all elections in New Mexico have one person in the race. When there is competition it is usually in the primary where Republicans are only concerned about getting hit from the right and the Dems from the left, so it pushes the candidate, political dialogue and the urge not to compromise further to the far right and far left.

Neither major party seems interested in competition, only beating the other team. But neither team seems able to govern — just look at the gridlock in Santa Fe and Washington.

So when you vote in this 2016 election cycle, remember that where the candidates stand on taxes, defense or education really is not terribly important because in the end they are not going to solve the problem. The current system does not reward doing the hard work of compromise, that of listening and building coalitions – the hard work of policy formation. It is because the election is rigged.

Only we the people can fix it. How? Nonpartisan redistricting commissions so that incumbents can’t create their own safe seats. Public financing of campaigns or other reforms like limiting contributions to in-district donors so that even middle class voters can afford to run for office. Open primaries, instant voter run-off and fair ballot access requirements so that more voters have more choices in all public elections, including the primaries.

New Mexico Open Primaries is dedicated to educating New Mexicans about these critical issues. Our candidate survey results are here.

Twenty-five percent of New Mexicans and nearly half of Americans prefer to be independent from the two major parties, and the trend is growing. The first major party to help de-rig elections is going to be tremendously successful. Which one is going to step forward?

Want to help get open primaries in New Mexico? Get involved through CivNet or the NM Open Primaries webpage. De-rigging the election starts with you.