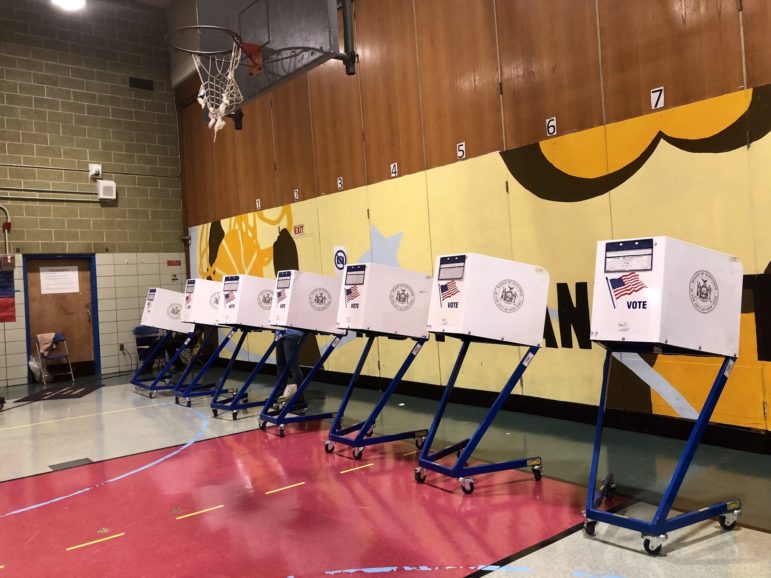 ‘In jurisdictions dominated by one political party like New York City, Ranked Choice Voting alone likely won’t be an effective remedy for political divisions, since the partisans of the dominant party might lack a real incentive to care about the concerns of voters from the opposition party.’

By the conclusion of the mayoral and other primaries in June, using the Ranked Choice Voting method, New York City will have taken a genuinely big step toward addressing the generally acknowledged problem of toxic polarization in the city’s, and indeed the country’s, politics. Yet unless this voting method is complemented by another innovation known as “open primaries,” the city will hardly be able to tackle the political divisions that are impeding good and responsive governance.

In any ranked choice voting (RCV) election, a voter is allowed to vote for more than one candidate for any elective office on the ballot. Under New York City’s version of RCV, voters are allowed to vote for up to five candidates for the same office. With open primaries, as the name implies, all the eligible voters in any given constituency, regardless of their party affiliation, can vote in each party’s primaries.

Setting aside the relative merits of these new proposals, it is hard to dispute the assertion that the voting method currently in place in New York City takes a toll on our political system, especially on its ability to secure the consensus essential to healthy governance in a representative democracy. The situation is even worse at the national level: according to a recent study released by the electoral reform group Unite America, eight out of 10 members of Congress owe their election to the support of just about 10 percent of the voters in their district, a figure representing the most uncompromising activists who dominate the primaries in each party. Many attribute this situation to aggressive gerrymandering of electoral districts, coupled with one-party control of whole districts or states.

Previously in New York City, a candidate won an election with a simple plurality of the votes, rather than a majority. With RCV in place in June, the picture should change: If, after an election, none of the five candidates wins a clear majority of the votes cast, meaning more than 50 percent of said votes, the candidate who finished last will be eliminated and then the votes of all those who had voted for him or her will be assigned to whichever candidates they picked as their second choice. This process continues until just two candidates remain, and whoever earns the majority of votes is then declared the election winner.

Supporters of RCV stress, among other things, the benefit of genuine reduction in negative campaigning owing to candidates’ fear of potential voter backlash to perceived negative campaigning, which then forces candidates to focus instead on exactly why they are running for office. In addition, by opening up the possibility of victory beyond just the person with the plurality of votes, the advocates say that RCV encourages more diverse participation of both candidates and voters in politics.

However, RCV’s critics mostly cite insufficient voter awareness as a chief drawback. Hence, City Council majority leader Laurie Cumbo said RCV should be “postponed for another election year.” For his part, Queens State Sen. John Liu expressed doubts about the utility of RCV as a whole: “RCV in theory sounds nice…in practice it may be more trouble than its worth.” Veteran lawyer and political counselor Sid Davidoff was even more dismissive: “People are going to be confused — we’re not educating them properly. This is truly trying to fix a system that wasn’t broken.”

Yet no one seriously doubts that well organized voter education campaigns can resolve these concerns. Presently, entities like the Campaign Finance Board (CFB), the Board of Elections (BOE) and the candidates’ campaigns themselves are all working on voter education.

In addition, with better voter education, no candidate—however mainstream, well-known or liked—can afford to take an RCV election for granted since the person scoring the most votes may yet be defeated by a candidate who received fewer votes in the first round. For example, in the 2017 Minneapolis City Council Ward 4 election, City Council President Barb Johnson, a 20-year incumbent who had initially received the highest number of votes, was later overtaken and beaten by the lower-profile, 30-year-old openly transgender candidate Phillipe Cunningham when the counting moved on to voters’ second place choices.

But despite all its benefits, RCV if implemented alone still won’t do the trick, especially in jurisdictions like New York City that run closed party primaries. Negative campaigning, for instance, can simply be shifted away from each party and deployed against the opposing party, thereby allowing toxic political tribalism to persist in the system. Also, in jurisdictions dominated by one political party like New York City, RCV alone likely won’t be an effective remedy for political divisions, since the partisans of the dominant party might lack a real incentive to care about the concerns of voters from the opposition party.

Therefore, adopting the additional innovation of open primaries for both parties could allow all the voters in the community to weigh in on who gets nominated and thus runs in the general election. Needless to say, the politicians operating in such a scenario would make it their business to seek consensus on the various governance issues in society and avoid being unduly polarizing.

In the end, it seems obvious that even a faithful implementation of RCV without more will still leave the glass half full when it comes to fixing the toxic polarization of our politics in the city and beyond. Given the vital interests at stake, there is literally no good substitute for a full glass of the sort that can be achieved by marrying RCV with open primaries. Making this happen should be the next target on our path to less division and better governance in the city.

Carl Unegbu is a member of the New York Democratic Lawyers Council (NYDLC), where he serves on the Legislative Affairs and Minority Voting Rights committees. The views expressed in this article are those of the author alone and do not in any way represent the opinions of any other person or group.