Towards a more perfect electoral union

This article was written by David W. Wise for Constitution Daily 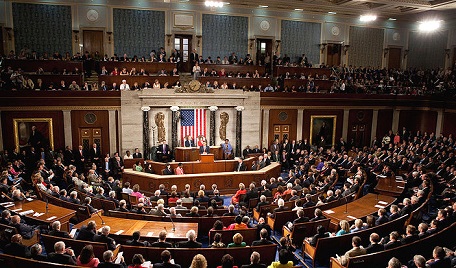 In his celebrated Farewell Address George Washington warned his fellow citizens of the, “baneful effects of the spirit of party.” Yet, today the American public and its political leaders are at the highest levels of polarization in generations. Achieving consensus through compromise – what Madison in Federalist 10 called the “permanent and aggregate interests of the community” – is the very essence of democracy and without which our nation and Constitution would not exist. Our political system, however, now views reasoned compromise as a vice.

Which party wins is now more important than whether our laws and policies fulfill the standard set out by the Constitution itself of building “a more perfect Union.” Is it any wonder that a people do not vote or that the approval rating for Congress is just 18%? Our political processes have become the primary threat to the success of the nation, just as Washington warned. This essay will propose some modest reforms that could be achieved without the arduous process of amending the Constitution.

One of the most negative features of modern politics is the state of the permanent campaign. This negative is compounded by the 24/7 TV news cycle and the drive for ratings which places a premium on sensationalism and controversy. The modern presidential campaign is way too long spanning almost half a presidential term. A cascade of early “debates” which force candidates to appeal to the more extreme voices who vote in primary elections has the effect of driving us further apart as a nation.

The presidential nomination process should be made more compact. Five primary dates, not caucuses, with roughly ten states each reflecting the diversity of the United States – regionally and politically – held every third week between mid-March and early June would be a major step forward. This timeframe is consistent with what existed before the well-intentioned McGovern-Fraser reforms after the violent 1968 Democratic National Convention spawned the current chaotic system.

Instead of closed primaries all states should look at the open blanket primary system adopted by California in which all candidates regardless of party or independence compete with the top two candidates (or possibly all candidates achieving at least 25% in the primary) squaring off in the general election. Parties would still play a role in recruiting and promoting candidates, but this proposal reduces the drive toward extreme positions inherent in the current highly partisan system.

It is self-evident that in a democracy voters should select their representatives and not the other way around as is the case with the now widespread gerrymandering. Take the example of Ohio, North Carolina and Pennsylvania. Last November in these states the Republican candidates who ran statewide for president and US Senator – a good proxy for party strength – received 51.3% of the popular vote. Yet, the Republicans hold 68.1% of the seats in these state legislatures which then draw up partisan Congressional districts resulting in their party winning 74.7 of the seats.

Elections should be won at the ballot box and not in the backrooms and a recent case by a US District Court gerrymandering in Wisconsin holds some hope on this front. Seven states have led the way by delegating the power to draw district lines to independent commissions with California utilizing independent citizens, somewhat analogous to juries, to exercise this power. Today the 4 Cs — citizen involvement, computer-assisted mapping, the principle of geographic compactness, and the principle of aggregating rather than dividing established communities should result in the creation of Congressional districts that are both sensible and more competitive.

Majority rule is the central tenet of democracy; yet the “first past the post” system which awards legislative seats or all Electoral votes to a candidate who receives a mere plurality of the vote is antithetical to this principle. As a result, a candidate in a multi-contestant race who is unacceptable to well over a majority of voters can, with the support of a significant minority, win an election. On the other hand, the fear of “wasting” a vote on an alternative candidate has the effect of quashing new ideas.

States should adopt a system called “instant runoff voting” which allows ranking preferences in general elections to enable an immediate determination of a candidate who is acceptable to a majority. Seven states now have runoffs to ensure that the winners achieve a majority, but runoffs take time and cost additional resources. The technology is there to enable an immediate runoff vote and it should be adopted all the way up to the candidates for President.

Two states have adopted a system of awarding Electoral Votes by Congressional District. This would be a very bad practice to adopt at the national level as it would only increase the incentives to gerrymander at a time when two of the last four elections have been won by the candidate who came in second in the popular vote.

A better system that would help move national elections from being regional to truly national contests would be an agreement by all of the states to award Electoral votes in proportion to the post-instant runoff popular vote in each state which combines both the degree of popular support with the fact that ours is a Federal system.

David W. Wise is a retired business executive who publishes frequent commentary on public policy and is writing a book on diplomatic history. He holds a graduate degree from The Fletcher School of Law and Diplomacy at Tufts University.