Under People’s Primary, Independent Voters Get a Candidate in November Too - Open Primaries

Under People’s Primary, Independent Voters Get a Candidate in November Too

This article was written by Kaila Cooper for IVN 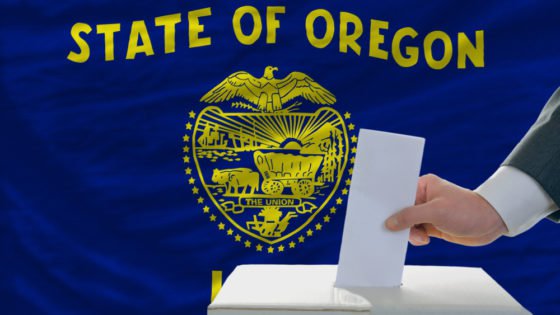 A bill was recently introduced in Oregon that would reform primary elections in a whole new way. Republican state Representative Knute Buehler, of District 54, is the sponsor of bill HB-3140, also known as the People’s Primary.

The People’s Primary opens the first stage of the public election process in a way no other state does. Put simply, HB-3140 reforms the current closed primary system by adding a ballot for independent voters. Voters registered with a party can vote in their party’s primary. However, if these voters wish to opt out of participating in their party’s primary or are unaffiliated, they can participate in the People’s Primary.

Here is how it works:

The system would opt for voters, parties, or a coalition of parties to nominate candidates who they want to be in the primary. Candidates then submit their nomination to the secretary of state to ensure qualification.

The winner of each party’s primary AND the People’s Primary would be guaranteed a spot on the general election ballot.

The bill was introduced on March 1. While it would be a new primary system to be implemented, if passed, the concept behind it is not new.

In April 2016, IVN published an article by FairVote detailing the Public Primary, which initially was proposed by a member of the Independent Voter Project (a co-publisher of IVN). Both the People’s Primary and the Public Primary are very similar in nature, with the biggest difference being the use of ranked choice voting in the Public Primary.

Undoubtedly, HB-3140 would drastically change the current closed primary system in Oregon. According to OpenPrimaries.org, roughly 30 percent of Oregon voters are registered as non-affiliated or independent.

In an election climate where nearly all elections are decided in the primary stage, a significant bloc of voters in Oregon do not currently have an equal say in who ends up representing them. There clearly is a desire for change among these voters. It is up to Oregon lawmakers to decide if establishing the People’s Primary will be the change the state needs.