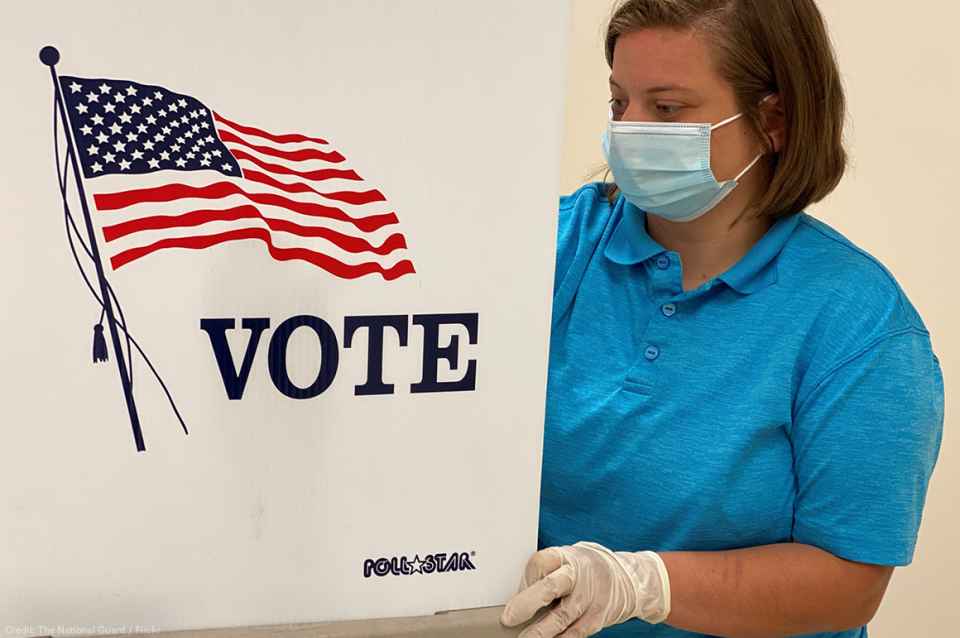 (Governor Hochul) must push for term limits to reduce the odds of another executive believing that they are untouchable.”
— Larry Sharpe

While many have made the case that Andrew Cuomo was a big part of the problem in Albany, Unite NY and its partners contend that the lesson to be taken here is that a broken system ignores the voice of many voters and concentrates power in the hands of only a few. Cuomo’s resignation illustrates that there are major problems with New York’s governmental and political systems and the time for reform is now.

To clean up a state government with a long and ugly record of corruption and misdeeds, Unite NY and its coalition of reform partners are calling for immediate reform to fix a broken system. Unite NY and its partners call upon Governor Kathy Hochul to call the legislature back for a special session to pass important governmental reforms in advance of the gubernatorial election in 2022.

Specifically, Unite NY is calling for the Governor and Legislature to:

Open Primaries
Unite NY urges State legislative action to open the primary process to unaffiliated voters. Currently, NYS is one of only 9 states in the US with a primary process closed to only enrolled party members. This is devastating to democracy, as 3.5 million New Yorkers are not affiliated with a party and are unable to participate in primaries. Closed primaries give undue power to political bosses and incumbents by catering to the 20% of extreme partisan voters participating in the Primary. Absent State legislation, this reform can be accomplished by any of the established Parties making a simple change to their own party’s rules that would empower more voters.

Restore Public Trust
Take bold action to restore ethics and transparency to our government by:
- Reforming the Joint Commission on Public Ethics (JCOPE) to empower independent leadership, rather than allowing the Governor to appoint their own investigator.
- Expanding public integrity responsibilities to include violations of FOIL law and open government rules.
- Enacting a strict ban on any relatives of lobbyists serving in senior governmental roles.

Expanded Ballot Access
Actions taken by Governor Cuomo recently made it nearly impossible for new organizations to secure ballot access, increasing petition minimums from 15,000 to 45,000 and the qualifying party status threshold from 50,000 votes to nearly 160,000. These changes have already resulted in the loss of 5 previously authorized minor parties and also make it nearly impossible for new competition to emerge. Unite NY is calling for this unfair voting access restriction to be rescinded, restoring NY’s place as a leader in allowing voices of minor parties to participate in democracy.

Term Limits
It is time to restrict the office of Governor to be term limited – as is the case for both the President and governors in 36 states. Few New York governors elected in the modern era have served less than three terms, allowing nearly irrefutable power to incumbents and preventing new ideas, leadership, and energy from leading the State. Restricting administrations to two terms would limit the power of the Governor while also slowing the revolving door of influence peddling with former staffers becoming lobbyists.

Unite NY Founder Martin Babinec said, “New York prides itself as being a national leader in many ways, but this continuing string of corruption has us leading in one category we’d rather be last. Andrew Cuomo’s resignation is another black eye on the state of New York but unfortunately the problem runs so much deeper than just one or two bad leaders. For far too long, power has been concentrated in the hands of a few elected leaders and Party bosses – to the detriment of the interests of the people of the great State of New York. If we want real change, from the Governor’s office on down, we need to enact reforms that allow the voice of the people to be heard. We need to open our political processes and make sure that the voice of the voter is the one driving policy in our great state.”

2018 Libertarian candidate for Governor Larry Sharpe said, “If Governor Hochul truly wants to bring a new culture to Albany, then she must take clear action. She must push for term limits to reduce the odds of another executive believing that they are untouchable. In addition, she must push to open primaries and to remove the recently expanded barriers to third parties' access to the ballot. Former Governor Cuomo's fall has shown that the executive needs less power, and the people need more choice."

Howie Hawkins, Green Party candidate for Governor in 2010, 2014, and 2018, said, “Voting rights include the right to vote for who you want. The draconian ballot access law adopted in 2019 took that right away from third party voters in New York. We now have four party lines that routinely endorse the two major party candidates. It is time to reform ballot access laws in New York State, so they are fair, reasonable, and create multi-party elections.”

Bruce Roter, President of the Museum of Public Corruption said, “Corruption has been a part of New York State history for centuries due to a fundamentally broken system. It’s a part of our past but doesn’t need to be a part of our future. Among the measures we call upon to reform government is strengthening the essential partnership between our leaders and the public. By doing so, we can better prepare the next generation of New York’s voters and leaders. Corruption has a place in our museum, but not in the halls of our government.”

John Opdycke, President of Open Primaries said, “Independent voters are treated as second class citizens in NY. We can’t vote in primaries, and we have no representation on the board of elections. We can’t even work the polls on Election Day - it’s illegal if you are an independent! The primaries are funded by ‘we the people’ but the parties decide who gets to vote. Changing how we do primaries in New York is a key component of upgrading our system for all New Yorkers.”

Unite NY Chairman John Bullis said, “Voters are sick and tired of having their leaders resign in disgrace and govern under a cloud of suspicion and corruption. For far too long we’ve seen investigations, arrests and scandal ruin the confidence the voters have in the government duly elected to lead them. The time to enact real reform is now as our leaders have the attention of voters who are disgusted with the continued cycle of leaders abusing their office for political or personal gain.”

The call for reform today is the beginning of a broader effort from the members of his coalition to continually push for reforms which open primaries and put power back in the hands of the people. In addition to advocating for reform, Unite NY will be running and supporting candidates in upcoming elections that believe in expanded ballot access, greater voices for voters, open primaries and implementing new policies to restore ethics to government.

In the last 15 years, New Yorkers have seen a long list of elected and appointed State Leaders leave their public position in a cloud of controversy, including leaders of both houses of the legislature and every constitutional official, many serving jail time. For a complete list, please visit https://uniteny.org/a-broken-system.

Unite NY is a new political home in New York State for Republicans, Democrats, conservatives, liberals, and independents to come together to seek common sense solutions. This new movement offers a home to more than 3.5 million New York voters not currently enrolled in a major party. Focused on a non-partisan approach to fixing real problems in our government, democracy, and economy, Unite NY supports candidates who understand working together is the only way we can succeed. Further, in 2022, Unite NY seeks to establish a ballot line by running a candidate for Governor to help fill the void created by our loss of 5 of the 7 minor parties previously holding statewide ballot access now eliminated from voter choice as the result of 2020 legislation which tripled the qualification hurdles needed to qualify as a minor party. Learn more at www.UniteNY.org