RSVP: Gen Z & the rejection of party politics: Can young people really break through and create new modes of participation?

The Open Primaries Education Fund is pleased to announce the launch of Students For Open Primaries-an organization run by and for young people and dedicated to educating and organizing student leaders in every state to speak out for and participate in democratic reform.

The demand for open primaries in America is rising as younger generations become less partisan and reject party membership as a prerequisite of voting. With millennials now the largest group of voters in the country, and more and more Gen Zers joining them, the need for primaries that let all voters vote regardless of political affiliation or lack thereof will only increase. Well over 50% of millennials and Gen Z’ers now identify and are registered as independent voters. We risk silencing the voices of countless young voters eager to do their civic duty unless we act to reform the system.

After the panel discussion we will be opening up the call for a Q & A session--You don’t want to miss this call--register today! 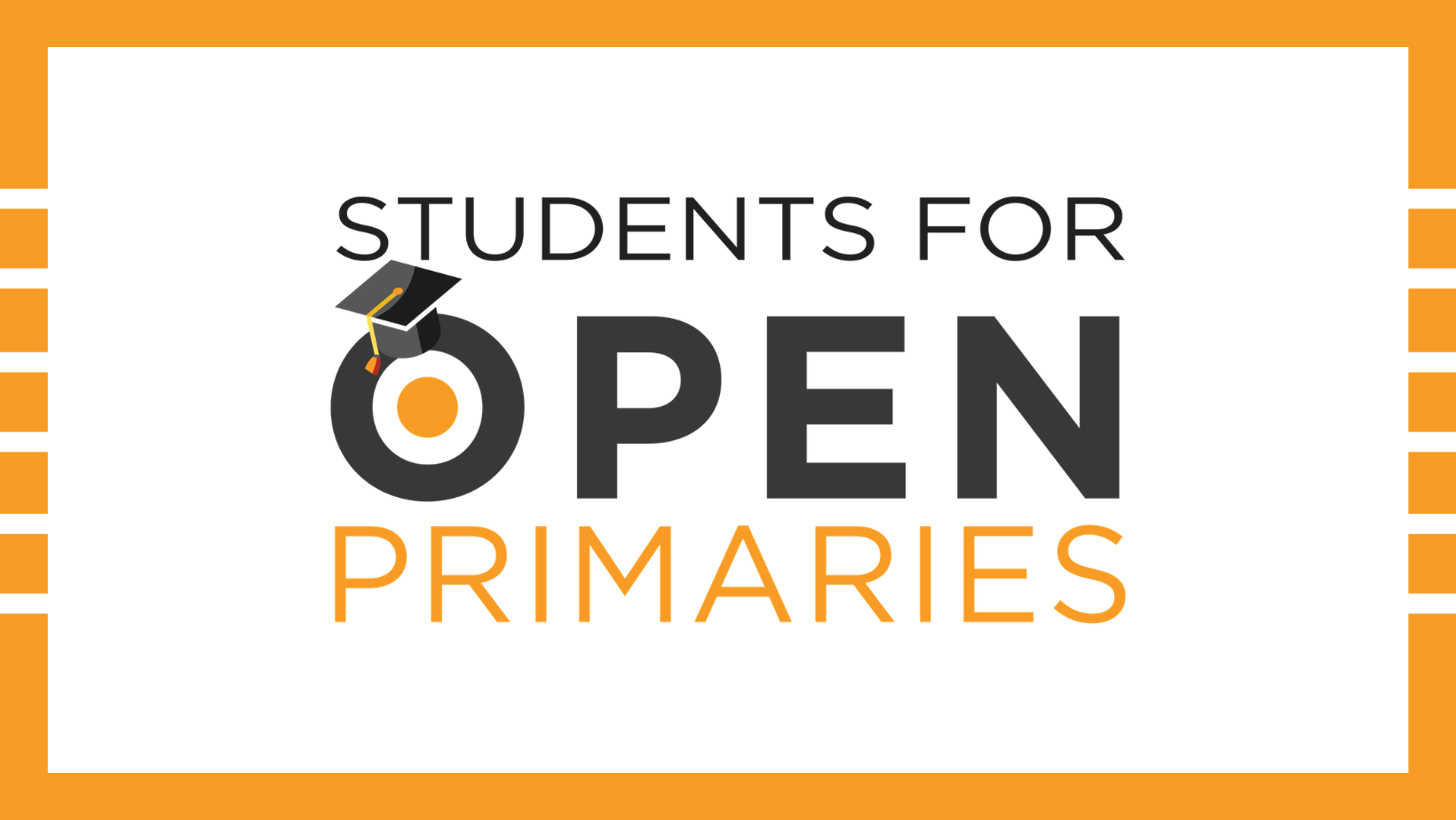 Diane Robinson has over two decades of experience working as a teacher, non-profit leader, educational consultant and now filmmaker. She has launched and scaled high performing organizations like Teach For America, the KIPP Foundation, Teach For All and Global Nomads Group and is now in the post-production stage of a documentary film featuring Dariel and Elena called The Young Vote. The film follows young students and organizers around the country as they work to get fellow youth to vote, navigate the challenges in our current political system, and illuminate why the young vote matters.

Elena Ashburn is a co-founder of Students for Open Primaries. She is a high school junior who also co-founded Bloom, a website for military kids, by military kids. Additionally, she was a Founding Fellow of Civics Unplugged, and she remains active in the Civics 2030 community; in her free time, she hosts Civic Unplugged’s podcast, “Mission Control 2030: The Voice of Civics Unplugged.”

Dariel Cruz Rodriguez is a co-founder of Students for Open Primaries. Along with Elena, he was a leader in Florida’s  "Let All Voters Vote" top two open primary campaign in 2020. He serves as a Steering Committee Member for the Civics 2030 Campaign and is a Founding Fellow in the Civics Unplugged Fellowship program, where he now serves as the Social Media Coordinator.

Gary Sheng is the co-founder & COO of Civics Unplugged, a global community of young leaders working together to strengthen democracy. While only on year two of a decade-long journey, CU has already partnered with and found supporters like Andrew Yang, Dwayne "The Rock" Johnson, and National Geographic—who have committed to doing whatever it takes to help Gen Zers create lasting change.

Julia Hemsworth is the Administrative Assistant and Social Media Coordinator at IndependentVoting.org. She also serves as Youth Outreach Coordinator to develop a national initiative aimed at connecting and empowering independent Millennial and Gen Z voters and creating a space where they can build creative solutions to our country’s painfully divisive democracy.

You can register for the call HERE