This article was written by Francis Barry for Bloomberg View 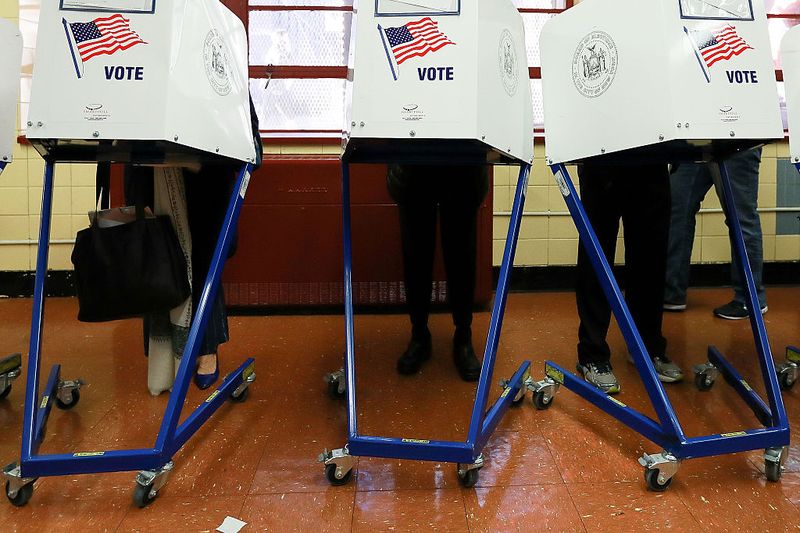 Democrats are celebrating the Supreme Court’s refusal to review an appeals court decision striking down a North Carolina law for violating the Voting Rights Act. Some liberal media outlets called it America’s “worst voter suppression law.” I was happy to see it go, too. But “worst” in the nation? As a New Yorker, I take exception.

A fair examination of the record shows that no state does a better job discouraging voters from going to the polls than New York.

For starters, New York is the worst state for independents, bar none. Most states, including North Carolina, hold some form of open primary or caucus that allows independents to participate. Not New York, where independents outnumber Republicans. Voter suppression begins with eligibility, and New York’s parties have long history of trying to minimize participation in primaries.

Some states with open primaries require independents to join a party when they arrive at the polls. In New York, independents must join a party 11 months in advance of state primaries. No other state sets such a distant deadline. Many of Senator Bernie Sanders’s supporters found that out the hard way last year.

Much of New York State is also dominated by one party or the other (sometimes as a result of gerrymandering). For independents, this means that unless you join a party and participate in the primary, most winners have already been decided before you get a chance to cast a general election ballot. New Yorkers are busy people. Why bother waiting in line to vote if the election is a fait accompli?

The legal standard behind that paradox is called “retrogression,” and it basically holds that states cannot pass laws that make minority voters worse off. That would seem to make sense. But it keeps New York -- which has almost never passed a law that makes any voters better off -- free and clear of federal violations.

For instance: New York does not allow citizens to register to vote on Election Day; they must do so at least three weeks in advance. The federal courts found that North Carolina’s attempt to be more like New York by rescinding its Election Day registration law violated the Voting Rights Act. Once again: Rescinding a particular law is illegal. Never passing that law is fine. New York’s suppression has been grandfathered in.

It’s true that New York does not have a photo ID requirement, as North Carolina’s now invalidated law did. I have to admit: They had us beat on that one. But the jury is still out on the impact ID requirements actually have.

Here’s what’s not in dispute: The New York City Board of Elections invalidated 78,000 affidavit ballots cast in last November’s election -- without giving voters a chance to contest the ruling, as state law requires. To put that in perspective: More New York City voters had their ballots invalidated than the total number of voters in 86 of North Carolina’s 100 counties. “The ballots made no result,” New York’s infamous Boss Tweed once said. “The counters made the result.”

If you are lucky enough to have your ballot counted in New York, don’t count on it being secret. After a voter fills in a ballot, poll workers -- who are hired by the political parties -- are all too happy to take it off your hands and feed it into the scanner. (Eyes closed, of course!) In large parts of North Carolina, at least, voters use computers to cast ballots in privacy.

New York’s efforts to make it as difficult and unappealing to vote as possible are working quite well. In 2014, based on eligible-voter population data, New York had the second lowest voter turnout rate in the nation -- 28 percent. North Carolina (41 percent) wasn’t even close.

Yet Democrats and voting-rights advocates have tended to see voter suppression almost entirely as a red state problem, with minority voters as the target. As a result, they have focused their energy on resurrecting the section of the Voting Rights Act struck down by the Supreme Court in 2013. But that section required only nine (mostly red) states and various counties that had racially discriminatory voting laws in the 1960s to seek approval by the Justice Department before making changes to their election laws and procedures. It did nothing to force states like New York out of the dark ages. And resurrecting it would have little impact on most other states.

A more effective approach to guaranteeing voting rights for all Americans would treat all states equally, by setting minimum access standards and barring states from falling -- or remaining -- below them. This would ensure that Southern states aren’t unfairly singled out for federal supervision, while also ensuring that states like New York aren’t allowed off the hook.