This article was written by Tiani X. Coleman for the Concord Monitor 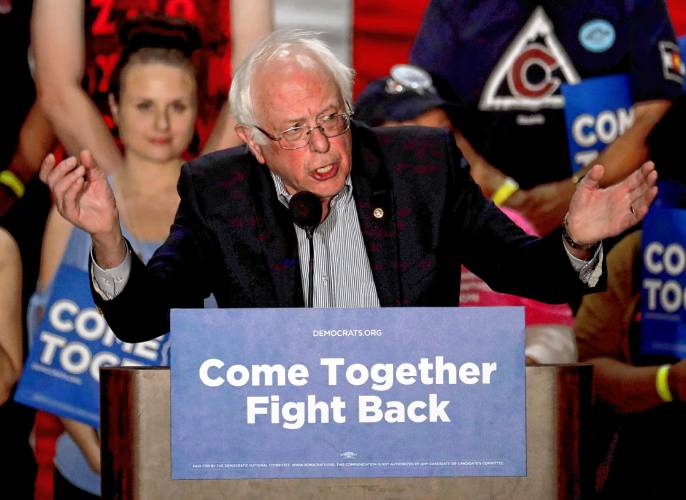 With so many people reactively following the president’s every move – to support, resist or even impeach him – I hope we haven’t taken our eye off a critical need exposed in the 2016 election: that we must reform our electoral process. After 2016 put a bright spotlight on “rigged,” unfair party rules and practices that produced candidates disliked by most voters, we can’t ignore what the political parties are up to.

Hotly contested primaries in both parties during 2016 gave people a rude awakening to how party rules can crush the voice and will of the people. Many citizens were appalled to see, for example, how the Democratic Party’s superdelegates made Bernie Sanders’s landslide in places like New Hampshire nearly meaningless. In other states, voters became keenly aware of the injustice of closed primaries and caucuses, where undeclared, independent voters (a sizeable 43 percent of the electorate) were barred from voting to help determine the November ballot.

Many voters in New York were shut out of the process due to ridiculously early voter registration deadlines, or had their names removed from voting lists without notice or explanation. Some voters felt disenfranchised because their states cast late primary votes, or had winner-take-all rules in close contests, or because of low plurality winners or severe, discriminatory voter ID laws. These issues and more are being discussed in particular by the Democratic National Committee and more generally by the Republican National Committee.

I recently attended – on behalf of New Hampshire Independent Voters and Independent Voting – the DNC’s first meeting of the Unity Reform Commission with our eye on 2020 and how the “rules of the game” impact the 43 percent of Americans who are independent. The URC was created by resolution at the Democratic convention (as middle ground between the Sanders and Clinton campaigns) to review the party’s nominating process and submit recommendations by Jan. 1, 2018, for a more accessible, transparent and inclusive process. Made up of both Clinton and Sanders appointees, the commission’s first meeting focused on the DNC’s legal authority, history and competing interests in the presidential nominating process. Interestingly, they also discussed regional primaries, and whether Iowa and New Hampshire should continue to vote first.

The general consensus at the meeting, which received sparse media coverage, was that the DNC has broad discretion in the nominating process, with legal authority to close primaries, have superdelegates, have early registration deadlines, etc. They described the history as though our country has already moved from a party-controlled process to a democratically controlled process, not acknowledging how heavily party-centric our election system still is.

While they did recognize that it may be in their best interest to provide incentives for state parties to open their primaries to independent voters and re-evaluate their superdelegate rules and other electoral inequities, it was primarily for the partisan purpose of attracting more voters to their party and taking back the White House.

But why should parties get to make these decisions for voters who don’t share their interests?

Though our country has made great strides in civil rights to become more democratic, we still have a way to go before the people can truly claim the process as our own. It’s time for independents and independent-minded Americans to come together and take back our elections. Certainly, from an independent perspective, open primaries are better than closed primaries; delegates who reflect the will of the voters are better than superdelegates; proportional distribution is better than winner-take-all; and inclusive rules are better than exclusive rules.

So, while I applaud the Democrats for creating the URC and hope both parties will embrace such changes, in the long run we need more. We need a system that doesn’t abrogate elections to parties. Dominant parties shouldn’t get privileged ballot access and exclusive debate coverage, and every citizen should have an equal vote at each stage of the election process, without needing party permission.

Nonpartisan primaries are more consistent with the principle that elections are public – not private – affairs.

While URC members seemed sincere in wanting to improve things, actual reform will be implemented only if average voters keep applying pressure from the bottom up. By staying engaged, insisting on fairness and not resigning ourselves to party control, we’ll create an equitable electoral system for all candidates and voters. We’ll get the representatives “we the people” really want, and we’ll have hope for our future.