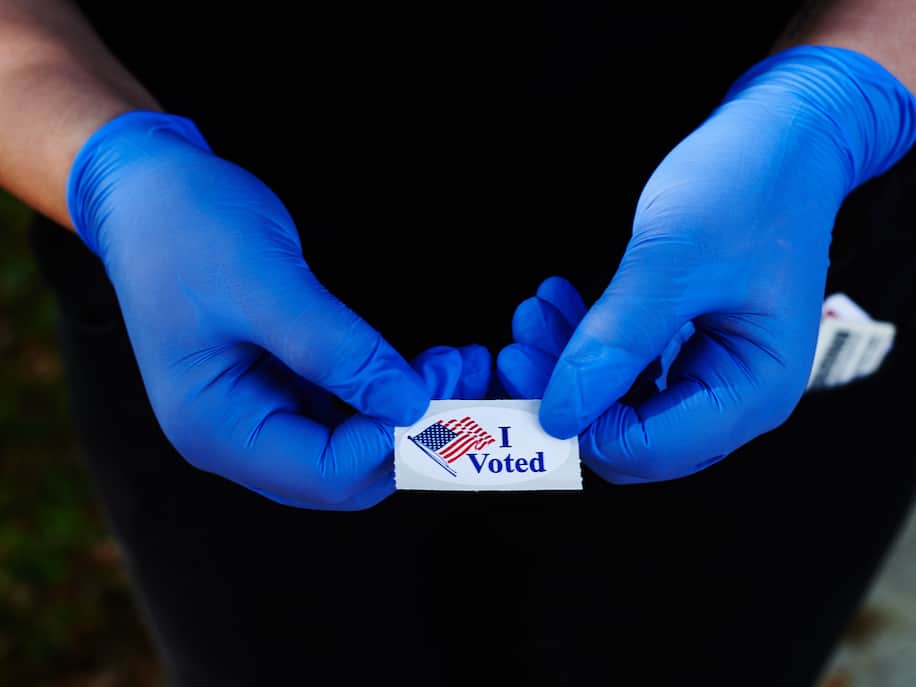 Opinion by Alan Novak and T.J. Rooney in The Washington Post

And it’s not just Republicans. Liberal activists who successfully ousted Joe Crowley and Eliot Engel from Congress are now setting their sights on Rep. Carolyn Maloney (D-N.Y.). To our dismay, more members of Congress and state legislatures are looking over their shoulders at real or potential primary threats from their parties’ riled-up bases than they are looking forward to good policy, bipartisan engagement, finding workable solutions and getting stuff done.

We are, respectively, the former Democratic and Republican party chairs of Pennsylvania and served a combined 15 years in those roles. Like so many of our fellow Americans, we’re deeply concerned at how partisanship has overtaken our politics. There’s one thing that can help: allowing open primaries.

While there is no single factor at the root of our political dysfunction, it is clear that the American electorate is rapidly changing and both parties have failed to adapt. In most states, membership in the Democratic and Republican parties has stagnated or is in decline. More and more voters are registering as independents. Nearly half of millennials and Gen Z voters describe themselves as independents. Data collected by the Open Primaries Education Fund also shows that independents are already the largest or second-largest group of voters in half of states. At current rates of growth, that will soon be the case in every state. In our home state of Pennsylvania alone, there are more than 1 million independent voters who can’t vote in primaries — that’s more voters than in neighboring Delaware.

Independents are often shut out of primary elections. Primaries may be taxpayer-funded — in our state alone, they cost the public $20 million every year — but the Democratic and Republican parties are the gatekeepers of U.S. primaries and, by design, they choose who can and can’t participate. Keeping primaries closed for the growing segment of the population that has not registered with a party is one of the few issues both parties seem to agree on.

That’s because primary elections don’t just matter; they have become the most important round of elections in the United States today. General election competitiveness in our country is in long-term decline. In Pennsylvania last year, only 5 percent of contests in the state House and 16 percent in the state Senate were competitive. Thirty-four percent of state House races and 24 percent of state Senate races were uncontested. Uncontested! Our state is by no means unique; it’s the norm.

That means the real decision-making happens in the primary elections. And when you shut out millions of independent voters, you place that decision-making in the hands of increasingly small, partisan bands of voters. It’s these people whom politicians must persuade to win election. That’s why the threat of being “primaried” has entered the political lexicon and why our elected leaders can’t legislate on the issues that many Americans agree on.

As party chairs, we know how this dynamic defines candidate recruitment and allocation of party resources. It distorts the entire notion of representative democracy. Closed primaries dictate whom the parties choose as candidates, how they run for office and how they govern once they’re elected. Candidates with broad appeal often never even make the cut. It’s a self-reinforcing cycle that serves the partisan bases of both parties, at the expense of the rest of us.

Including independents in the primary process is critical for the health of both parties. Open primaries would allow candidates to focus on a broader electorate in the primary, making them less ideological exercises. Parties could, once again, develop platforms that invite more voters into the parties. We believe it will sharpen the candidates and the parties and make them more effective representative of the American people.

Our system of closed primaries is simply not working. It is exacerbating the political divide, shutting out millions of voters and increasingly placing the Democratic and Republican parties at odds with American voters. Instead, candidates should be focusing on winning over independents. What better way to impact on our partisan political culture than to let all voters vote?