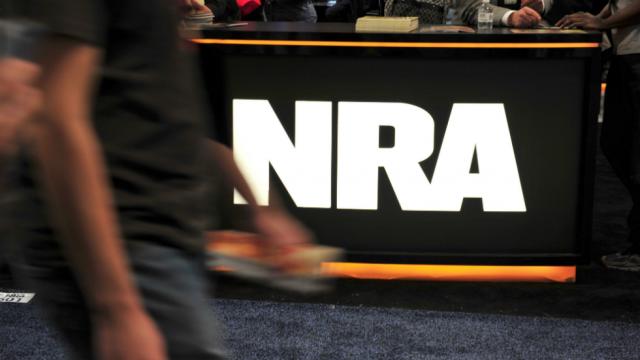 Written by Patrick Murphy for The Hill

After the horrific tragedy in Parkland last month, the conversation has quickly and appropriately turned to what our response should be. All sensible Americans agree that we must put an end to the massacres that have invaded our schools, airports, nightclubs, movie theaters, and anywhere else where innocent people gather.

Poll after poll shows that background checks and other sensible firearm safety measures are wildly popular with voters. In fact, one poll recently had universal background checks at 97 percent approval. Another survey found a resounding majority, 67 percent, support a nationwide assault weapons ban. So why then are we likely to see little or no action?

The National Rifle Association’s influence is widely blamed for preventing common-sense gun control measures from moving forward, and if we want to change that, then the American public needs to demand open primaries. Yes, open primaries   will begin to mitigate the NRA’s influence because the group’s power is driven by who shows up to vote.

While adults at large may generally support gun control, it sadly does not rank as the top issue for all but a handful of partisans — on both sides. But the side backed by the NRA has has spent tens of millions in races across the country and it is as energized as can be. And as such, NRA members do show up to vote and wield extreme influence in closed Republican primaries.

So when firearm issues make the news — such as after a shooting, when the imagined threat of gun confiscation makes the rounds on conspiracy-minded social media sites – these voters double-down to ensure their candidates succeed in the next election. Thus in primaries across Florida, politicians must pander to the gun extremists or risk being tossed out of office.

It's a vicious cycle that shows no signs of abating. That's why in a 50-50 state like Florida that has had several major mass shootings in the past two years, NRA-backed candidates still refuse to cede any bit of ground. They know they'll be targeted in primaries if they veer off the script just one inch.

Election reform has long been a priority of mine, especially removing the outside spending from our campaigns following the disastrous Citizens United decision. But another election-related proposal being discussed in Florida is to open up primaries to all voters, including independents, instead of sealing off elections to only the most vociferous and extreme partisans.

If more independents were able to influence who we send to general elections, the power of the gun lobby would be diluted and firearm safety measures would finally be on the books.

Turnout in Florida primaries is already at basement-bottom levels. In 2016, less than half of Florida's voters turned out for the presidential preference primary, and only 24 percent showed up for the federal primaries in late August.

The fact that the nearly 27 percent of voters who decline to register by party are forbidden from taking part in these contests is at least partly to blame. More and more young people — not to mention disaffected moderates of all ages, as well as voters of color — are choosing to register without a party to preserve their independence from the two-party structure.  Perhaps it's time to allow their voices into this rigid, closed system.

Limiting the power of an interest group with an agenda antithetical to the beliefs of most American's should be a priority, especially one that is willing to spend millions of dollars to wield outside influence in our elections. In short, anything that can be done to reduce the power of groups attempting to quiet the masses and hold back common-sense legislation on firearm safety is worth a discussion. Our lives may depend on it.

Patrick Murphy is a former congressman (D-Fla.) and a senior fellow at FIU’s Steven J. Green School of International and Public Affairs. He’s also a chair of the Future Forum Foundation, a nonprofit organization that researches key issues impacting millennials.