What a Primary Voting System Means for Colorado Politics

With the passage of Propositions 107 and 108, the state takes a step away from the caucus system and opens primaries to unaffiliated voters, who are growing in massive numbers

This article was written by Matt Johnson for 5280 Magazine 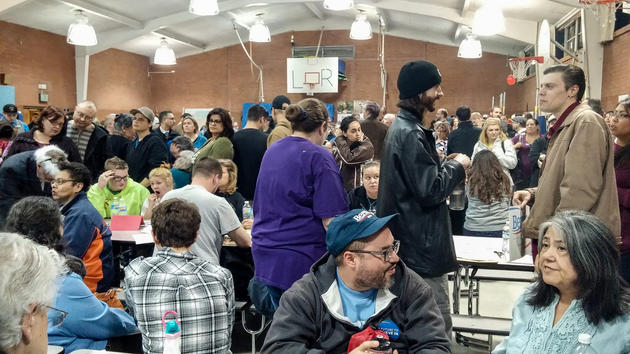 Seven months ago, those who wanted to have their voices heard in selecting a Democratic nominee for president had to meet two key requirements—be registered Democrats, and be willing to vote in the (crowded) group setting of a caucus. The state’s Republicans, on the other hand, were out of luck entirely. Their candidate preference was decided by the Colorado GOP, which opted out of a traditional caucus and claimed it helped them make a better decision later in the process.

Fast forward to 2020, and all of this will be different. With the passing of Propositions 107 and 108 on Election Day, Colorado will now hold presidential primary elections in 2020 for both Democrats and Republicans—and unaffiliated voters can choose to cast a vote in one party’s primary. Colorado’s voting process for county, state, and federal offices other than the presidency will also transition to a primary system.

The approval of the two ballot measures means that Colorado’s high population of unaffiliated voters—who represent a whopping one-third of all registered voters in the state—will have a greater role in Colorado’s nominee selections. Financially, the new statutes will increase state spending by $160,000 over the next two years and local government spending by up to $750,000 every two years.

While the results for both propositions weren’t exactly close, Coloradans still have different outlooks on what the passage of these ballot measures will mean for the state’s political system. We talked to the leaders of action groups behind the propositions to get a sense of how these new statutes will affect the way democracy functions in Colorado.

Worst-Case Scenario (From the Anti-Primary Side):

Best-Case Scenario (From the Pro-Primary Side):

To learn more about the details of the approved propositions, visit Ballotpedia for Propositions 107 and 108.