Why do we keep voting for these yo-yos? Arizona needs election reform now - Open Primaries 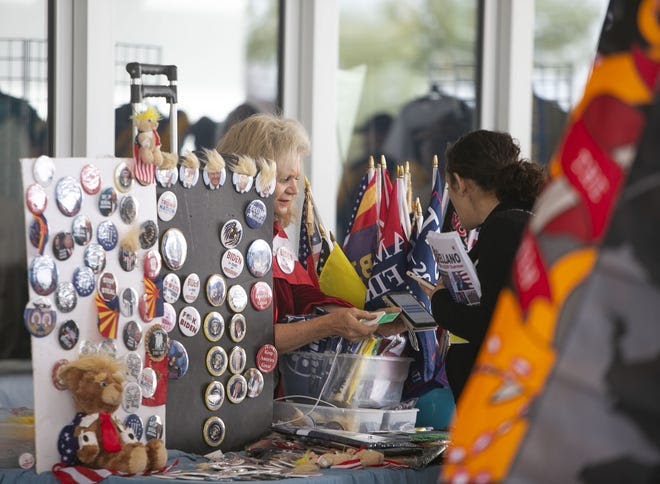 Why do we keep voting for these yo-yos? Arizona needs election reform now

Why do we keep voting for these yo-yos? Arizona needs election reform now

Opinion: Arizona's leaders are proof that we need nonpartisan elections. But ironically, we're moving away from the reforms that could make that happen.

written by Robert Robb for the Arizona Republic

The Arizona Republican Party has election validity problems of its own. The results of the election of state officers at the January state meeting have been disputed. Skeptics circulated a petition calling for a redo. Party officials, chosen by virtue of the election being disputed, said that an insufficient number of signatures had been collected. Skeptics went to court, asking a judge to decide otherwise and order that another election meeting be held.

Last week, the judge, Michael Kemp, declined to do so. Basically, he found that the Arizona Republican Party was a private organization with its own rules and its own enforcement procedures. It wasn’t the job of the judicial branch to intervene in an intraparty squabble, particularly given the First Amendment implications involved with political parties. For the most part, I think the judge was right. This wasn’t something for the judicial branch to sort out. However, the nature of political parties in our system of government isn’t as simple as the judge made it out to be.

It's time to divorce parties from the state

In his ruling, Kemp wrote: “Political parties are voluntary associations who establish their own rules and may be formed, reorganized or dissolved at their will.” If a political party wants ballot access, however, that’s not entirely true. Arizona law sets forth requirements for political parties to have ballot access, some of which are relevant to this dispute. For a party with ballot access, state law specifies the composition of its executive committee and even when the election for those positions is to be held. A significant hunk of those eligible to vote in those elections, the precinct committeemen, are selected at taxpayer-financed elections. Simply put, there isn’t a clean separation between party and state. In Arizona, there should be. Political parties should be made the entirely voluntary associations of Kemp’s description. That means no automatic ballot access for political parties. No taxpayer-paid primaries to choose their nominees.

A top-two primary would do that well

The way to accomplish that is through a completely nonpartisan top-two primary system. All candidates run in the primary without party labels. The top two vote-getters run off against each other in the general election. Political parties could endorse candidates and muster support for them. But with no more of an official role than any other voluntary association of people with similar political interests. Arizona is ripe for such a reform. Independents are already a third of registered voters. Since the last election, both political parties have lost registrants while the number of independents has increased.

The Arizona Republican Party is acting like a poster child for nonpartisan elections. Progressive Democrats are threatening Kyrsten Sinema with a primary if she has the temerity to govern the way she told the voters of Arizona she would govern. Why are taxpayers picking up the tab for the nominating elections of these yo-yos? Why are we limiting our choice of candidates to those willing to mouth the infantile rhetoric that passes for political discourse among them?

Why are we talking about ranked-choice voting?

While the time is ripe for a nonpartisan top-two primary system for Arizona, unfortunately that is no longer the apple of the eye of reformers. They have moved on to ranked-choice voting. In ranked-choice voting, voters get a certain number of selections, say five. They then cast these selections in declining order of preference. All candidates run in the same election. The candidate getting the lowest number of votes is eliminated. The votes of those for whom that candidate was the first choice are reallocated to their second choice. And on it goes until a winner is declared.

Ranked-choice voting doesn’t necessarily reduce the disproportionate influence of political parties. In fact, the system may preserve it. But the biggest objection is that it will lead to less informed democratic decisions. Most people have better things to do than fixate on politics. Making an informed first choice is quite enough to ask, much less simultaneously making a second, third or more choice. A runoff system is significantly better at concentrating an electorate’s attention on the real choice at hand.

How ironic, and a bit sad, that, when the time for a nonpartisan top-two primary system seems to have arrived, reformers have scurried off in a different direction.