Why Do We Let Political Parties Act Like Monopolies? - Open Primaries

Why Do We Let Political Parties Act Like Monopolies? 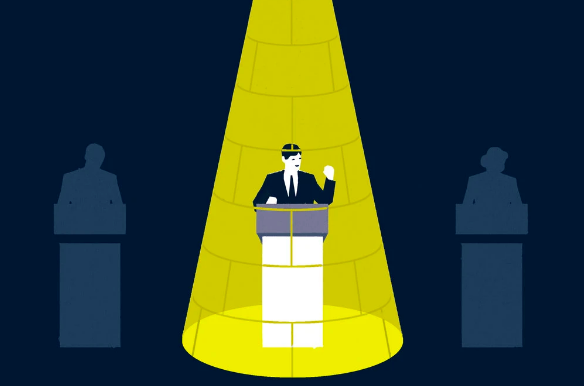 Why Do We Let Political Parties Act Like Monopolies

Why Do We Let Political Parties Act Like Monopolies?

When I ran against an incumbent senator, I learned the hard way how well insiders stack primaries against challengers.

written by David Dodson for the NYTimes

When Senator Mike Enzi, Republican of Wyoming, announced his retirement this month after four terms in the Senate, he set off a wave of political speculation similar to what we might expect from the retirement of a Supreme Court justice. After all — they’re both lifetime appointments.

This isn’t literally true, of course, but it might as well be. Protecting incumbents from their voters is one thing the Democrats and Republicans can still agree on. Through a series of anticompetitive tactics, the two political parties have created a hidden monopoly structure that accounts for a Congress with a 77 percent disapproval rating yet a nearly 90 percent re-election rate.

Challenging Senator John Barrasso last year in the Republican primary, I saw how this works first hand. When I tried to hire the law firm to which I’d directed millions of dollars in business while I was a chief executive, it turned me away, explaining that it could work only for Democrats. When I contacted a law firm known to serve Republicans, that firm told me it couldn’t work for a candidate running against an incumbent because it would put its entire practice at risk. As I tried to build an organization to run a credible primary challenge, this story repeated itself, whether I was recruiting campaign staff or a marketing firm.

Our political parties have a distinct distaste for competition. So it was no surprise to me when Representative Alexandria Ocasio-Cortez disclosed an internal memo from the Democratic Congressional Campaign Committee making it clear the committee would blacklist any companies that do business with candidates challenging incumbents in the 2020 primaries. “Our job is to support incumbents,” the committee chairman wrote.

None of this is news to political insiders. In 2013, the National Republican Senatorial Committee openly blacklisted an advertising firm for working with a Republican group that targeted Senator Mitch McConnell in a primary challenge. The committee’s spokesman was admirably direct: “We’re not going to do business with people who profit off attacking Republicans in primaries.”

If you make a living serving candidates in elections, you do as they say because you can’t afford to be blackballed. During the 2018 midterms the parties spent nearly $2.5 billion. They even use legislation to ensure their advantage. In 2014 Congress voted to cap individual contributions to a federal PAC at $5,000, but then, in an astonishing act of self-dealing, gave the PACs run by the two political parties — and only those PACs — a $106,500 limit, money they could divvy up however they choose.

To the political parties, competition at the polls, where the best person wins, is not part of American democracy — not when they have incumbents to protect.

The parties routinely impose restrictions on the consultants, fund-raisers and accounting firms on which challengers like myself depend to mount a realistic campaign. And because this behavior is intended to eliminate competition, in any other industry it would land the political parties in antitrust court.

I am hardly alone in my frustration. Michael Porter, a Harvard Business School professor, and his colleague Katherine Gehl, argue that the root cause of our dysfunctional political system is the stifling of competition. In a book to be published this year, “The Politics Industry,” they apply tools for understanding industry competition to politics.

“The problem is not the existence of political parties, per se, or that there are two major parties,” Ms. Gehl said. “The real problem is the nature of political competition that the current duopoly has created.”

The monopolistic tactics our political parties employ extend well beyond restricting access to their suppliers. Much as monopolists in the private sector check access to customers and capital, the political parties also limit access to voters and funding. For example, in my own campaign, the Republican Party invited all primary candidates to attend a Reagan Day dinner, but then allowed only the incumbent, Mr. Barrasso, to address the audience. When I complained to the party chairman, I was told there was nothing he could do.

Not only do challengers like me have no access to that $2.5 billion war chest, but prominent Republican donors explicitly told me they couldn’t contribute to my campaign and risk their donation showing up in public records, for fear of retribution by the party.

As Ms. Gehl and Mr. Porter helped me see, the primary system isn’t broken; by restricting access to suppliers, customers and capital, it functions exactly as intended — to protect the monopoly player. The political parties understand that in a political world made up mainly of partisan-drawn districts, where 90 percent of the seats in Congress are not competitive in the general election, controlling the primary process protects incumbents and controls the ultimate outcome.

Monopolies don’t restrict competition with noticeable barriers because that’s how they get caught. Instead, they hide 1,000 bear traps in the grass, rendering a successful challenge too unlikely for competitors to bother. With 96 percent of the film market in the mid-1950s, Kodak used its market power to bundle the cost of developing photos into the price of the film, making it more expensive to process the film of a competitor. In the ’90s, Microsoft didn’t make it impossible to use Netscape Navigator; it just made sure you never saw the browser on your PC by installing only Internet Explorer on Windows machines. The average users, newer to computers, never realized they had a choice.

Ms. Gehl and Mr. Porter argue that these anti-competitive tactics explain the disconnect between our opinion of Congress and our behavior at the polls. We re-elect incumbents not because we approve of them, but because they have no serious competition.

What I learned in grade-school civics is that democracy works when our representatives are accountable to the voters. The insight I gained running for office is that the partisan primary makes them anything but. Political parties have hijacked our elections and our representatives, making representatives accountable not to voters but to the party and its donors. Fortunately, there are three structural solutions that, if voters are prepared to insist on change, will remove the power of those 1,000 hidden bear traps.

First, to wrest control from one dominant political party, nonpartisan committees must take control of the taxpayer-financed primary process and run a single primary ballot, forcing incumbents to compete with members of the opposing party as well as of their own party.

Second, we should institute federal term limits, which would break incumbents’ stranglehold on office, create more open seats and attract new talent to the political process.

Finally, we need a constitutional amendment against partisan gerrymandering so that voters choose their politicians instead of politicians choosing their voters.

The lesson I learned from Ms. Gehl and Mr. Porter is that the monopolistic forces I witnessed are not inevitable. The solution is to restore congressional accountability to where it belongs, with voters. Just as our economic engine relies on competition to remain healthy, so does our democracy.

David Dodson (@davedodson307) is a former candidate for Senate in Wyoming and a lecturer in management at the Stanford Graduate School of Business.