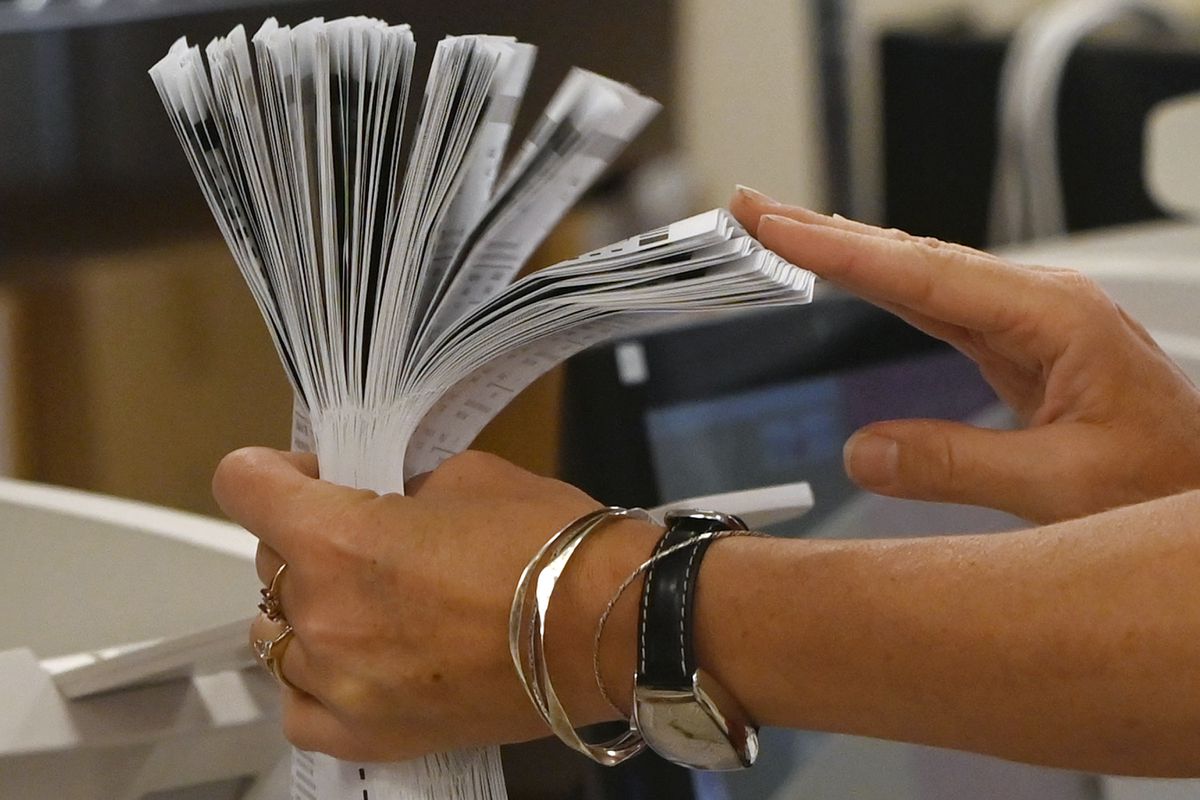 Why open primaries are better than open marriages

by Sam Patten for Village Soup

Bad outcomes are the result of bad options, some say. Our political process bears that pretty well; after all, Americans have been served up some crummy choices in recent years.

Unlike marriages, which are still legal covenants in most states, relations between a voter and their party can — and perhaps should — be more fluid. That’s why a new bill before the state Legislature that would allow unenrolled voters, aka independents, to participate in party primaries caught my attention.

District 13 Democratic Sen. Chloe Maxmin’s LD 231, or an Act to Establish Open Primaries, would allow the roughly one third of Maine voters who do not belong to a party to vote in either party's primary without registering as a member, as current law requires. It’s a good idea that, as Maxmin notes in her testimony on the bill, has already been endorsed by both the Portland Press Herald and Ellsworth American.

Her logic makes sense the more you think about it. Nearly half of all veterans are unenrolled. Pause for a moment and consider what that says: women and men who chose to wear the uniform in defense of our nation are significantly more likely to consider the partisan choices today distasteful.

I’ll have what they’re having.

The more fickle and ever elusive youthful voters are also vastly more likely to be unenrolled, which is a different kind of message, but an important one as well. A healthy society inspires its youth.

It’s no secret that party primaries across America have long been held hostage by the extremes on either side. After all, hardcore believers are more likely to spend cold nights at town or county committee meetings of their respective party than those who look at the whole landscape a little skeptically. The old school says those who do the work reap the rewards.

But our political system is no longer old school, and is closer to collapse than at any time in recent memory, so mixing it up may not be a bad thing.

Both Republicans and Democrats are likely to be leery of Maxmin’s bill the same way mega-corporations are leery of innovative, small competitors.

Yet, the beneficiaries are more legion than they are small: There are more unenrolled voters in Maine than Republicans, and in the last two generations, we’ve elected two independent governors. But some Republicans may welcome her innovation, as do some Democrats. Here’s why I think she’s onto something:

If you study politics as a trade today, they’ll teach you that it’s all about mobilization — identifying and turning out your base. If you look at your party and wonder how it got that way, this is how. When I got interested in politics, it was about persuasion. I persuaded my liberal parents to vote for George W. Bush, for instance. There’s less of that, these days. In fact, there’s almost none.

With open primaries, persuasion suddenly becomes important again. With that comes dialogue and more competitive ideas. I can't help but believe fixing politics today has a lot to do getting persuasion back into the picture.

Could dedicated bands of malicious insurgents infiltrate the other party’s primary with the aim of picking an extremist candidate sure to lose the general election? Sure, but if they’re really dedicated they can do that already, under existing law, as Maxmin points out.

How about bands of people who got turned off and want to give their party a second chance, or try a new one? The numbers suggest this describes more potential voters than the insurgent possibility.

As far as I’m concerned, the jury’s still out on open marriages. Still, I can’t help but think that someone will always get hurt in such scenarios.

Open primaries on the other hand (and Maxmin is only pushing for partially open) have worked in other states and — on paper anyhow — suggest a way to engage more Mainers in the party system. Maxmin assures me they would not allow for “super voters,” i.e., those seeking to participate in both primaries, which we hold on the same day. She’s also developed a tracking system to measure actual impact at the polls, which is both thoughtful and may inform future legislatures should tweaks be needed.

Anyone who believes the politics should use the same principles as the marketplace, i.e., freedom to choose and total focus on the customer, should like the idea of (semi) open primaries. It’s unlikely they’d make our current array of choices any worse.

Sam Patten is a recovering political consultant who was raised in Knox County and worked for Maine’s last three Republican senators.