Why should taxpayers foot the bill for closed primaries? - Open Primaries 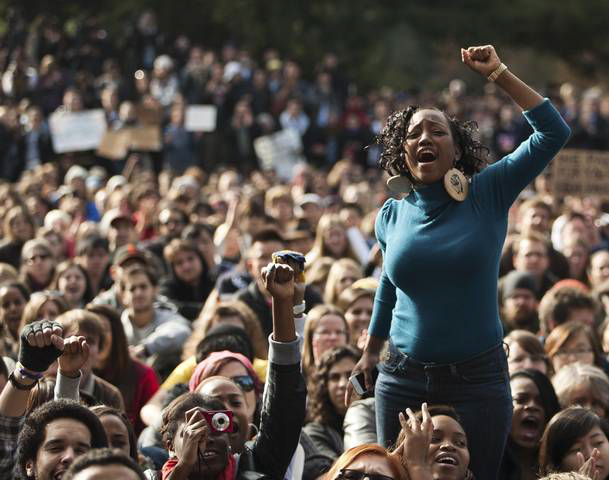 Why should taxpayers foot the bill for closed primaries?

This article was written by Thomas D. Elias for the Los Angeles Daily News

California’s June presidential primary election is now just a memory, long ago subsumed in the news by vice presidential derbies, political conventions, politicians’ gaffes and violence at home and abroad.

But one question lingers on: Why did taxpayers have to cover the primary election costs for those political parties that did not let any voter who liked cast a ballot in their contests?

In June, Democrats and Greens allowed anyone registered as either a Democrat or without party preference to vote in their primaries, although there were a few hoops for non-Democrats to jump through. Republicans and a couple of minor parties (American Independent, for one) did not. They ran completely closed affairs, with no one not registered as a party member allowed to vote.

This meant barely 27 percent of registered voters could participate in the Republican balloting, which turned out to be no big loss for anyone because Donald Trump’s significant opponents all dropped out weeks before the vote.

But why should the 68 percent of voters eligible to vote on the Democratic side have had to contribute to the costs of running the Republican primary when there was no way for them to participate even if they wanted to?

The parties say that was because by holding a primary, they did a public service. Wait a minute: That service was only for the relative few who chose to become members of the GOP.

Compare this to the Top-two primary system used in all California primaries except those for president. Anyone registered to vote, regardless of which party they chose to join, if any, can vote for anyone on the ballot.

That’s a truly public event, as opposed to the private nature of a closed primary like the GOP’s. It is arguably a far greater public service, too, because it offers all voters a chance to select whichever candidate they like — unlike a closed primary that denies most voters the right to participate.

No one has yet broken out the cost of any one party’s presidential primary from the overall costs of staging elections, mailing out ballots and then counting those that are cast.

Of course, both major parties would love to keep all their primaries closed. That’s why they sued (and won) in the late 1990s to throw out the so-called “blanket primary” system approved by California voters in 1996. That setup, like Top-two, allowed all voters to choose any candidate they liked, but separated vote counts by party, so that all qualified parties were guaranteed a place on the fall ballot in each race they entered.

But four years later, the U.S. Supreme Court upheld arguments from both major state parties claiming it was unconstitutional for non-party members to help choose party nominees. This left open the route taken by Top-two, where the runoff election candidates are not chosen by party, but simply by being one of the two leading vote-winners in a single primary. That’s why this fall California will see 28 races with both candidates from the same party.

This kind of selection process winnows out candidates who don’t draw many votes, but still could pull enough to distort the final outcome if they were on the November ballot.

It all harks back to the days when there were no primaries and parties chose their candidates in state and national conventions (now reduced to elaborate pep rallies) featuring “smoke-filled rooms.”

“Primaries are actually bad public policy,” says Richard Winger, who runs the newsletter Ballot Access News. “We’re the only country in the world that lets the population decide the candidates.”

Yes, things might be smoother for presidential candidates if they didn’t have to slog through up to two years of campaigning before the first primary. But primaries make politicians accountable to the public, where accountability is only indirect when the parties pick their own leaders.

The bottom line: Primaries do make sense in a populist-oriented country like America, but forcing the public to pay when those primaries are closed does not. Fortunately, Californians now face that fundamentally unfair situation only once every four years.

Cary kittner commented 2016-08-03 17:30:54 -0400 · Flag
The second paragraph has a typo so it doesn’t make sense. “But one question lingers on: Why did taxpayers have to cover the primary election costs for those political parties that did not let any voter who liked cast a ballot in their contests?” I would like ot share this article, but not with this kind of typo. Thanks.