With Independents on the Rise, Colorado Questions Their Role in Elections - Open Primaries 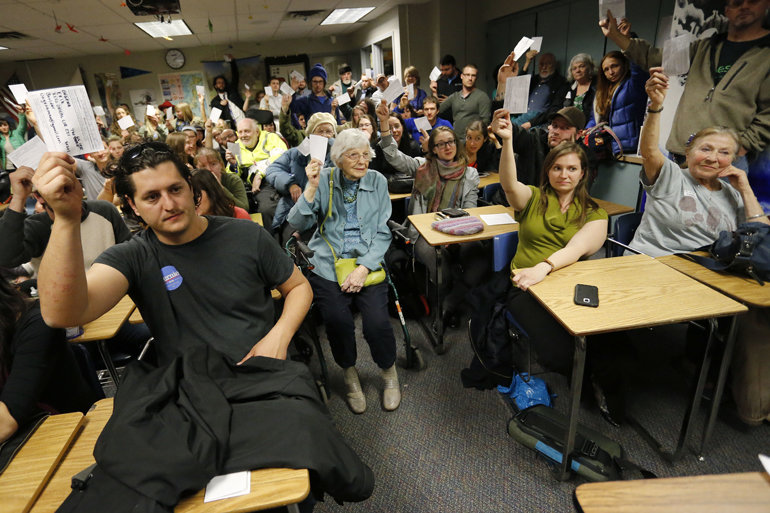 This article was written by Alan Greenblatt for Governing Magazine

Around the country, an increasing number of voters are registering as independents. Should they still have a say in who party nominees should be?

That question is being debated now in Colorado. A pair of measures on Tuesday's ballot would alter the state's primary elections, allowing unaffiliated voters -- who now outnumber Democrats and Republicans in the state -- to participate.

"If taxpaying citizens are going to pay for the cost of elections, they should have a say in them as well," said Jessie Koerner, spokeswoman for Let Colorado Vote, the group backing the measures.

With just over half the states keeping their primaries closed to only those registered with the relevant party, Colorado may not be the last state to revisit this issue.

Both major state parties in Colorado oppose the measures, arguing that the business of nominating candidates is central to the mission of a party and shouldn't be interfered with by people who are not affiliated with it.

"It's like saying the Mormon Church will get to choose who is going to be the Pope or allowing [New England Patriots coach] Bill Belichick to decide who's going to be the quarterback for the Denver Broncos," argued Ted Harvey, a former GOP state senator, during a public radio debate in September.

The U.S. Supreme Court has ruled that parties have First Amendment rights of association that allow only their members to choose their officers and nominees. In 1999, the court struck down a California measure that allowed primary voters to choose candidates regardless of party. That measure, wrote Justice Antonin Scalia, "forces political parties to ... have their nominees, and hence their positions, determined by those who, at best, have refused to affiliate with the party, and, at worst, have expressly affiliated with a rival."

Colorado limits initiatives to a single issue, so a pair of related ideas were split into separate ballot measures. Proposition 107 would require Colorado to hold presidential primaries, rather than relying on party caucuses and district conventions.

Proposition 108, which would apply to all partisan elections, would let unaffiliated voters participate in either Democratic or Republican primaries. They would have to stick to choosing candidates from one party or the other on a single ballot.

The Colorado measure would allow parties to close off their nomination process by holding assemblies or conventions instead of primaries. However, the measure would require a three-quarters vote of a party's state central committee to approve such a move.

Democratic Gov. John Hickenlooper supports the measures, saying they'll increase participation in the political process. Better decisions are made when the maximum number of people participate in democracy, said Kelly Brough, president of the Denver Metro Chamber of Commerce, which backs the measures.

"We have seen how extremes, whether on the right or left, have kept us from making progress," said Brough. "If you could engage unaffiliated voters, you could reward politicians who compromise and find solutions on these issues, instead of people being penalized for working across the aisle."

Forcing politicians to moderate their stances by having to appeal to a broader pool of voters has been the motivation behind electoral changes in other states. In California and Washington state, for example, voters approved ballot measures that created top-two primary systems. That means that, regardless of their party affiliation, the first and second place candidates face off in the general election. As a result, California's U.S. Senate race this year features two Democrats, while Washington's contest for state treasurer has come down to two Republicans..

But academic research suggests that such changes have done little to moderate the behavior of politicians in office, said Kyle Saunders, a political scientist at Colorado State University. There are other incentives in the system that keep politics polarized, such as free-spending outside groups that tend to be highly ideological.

It may sound counterintuitive, Saunders suggested, but strengthening the role of parties could actually help moderate politics. State parties tend to be less polarizing than groups such as super PACs because they have to worry about long-term results and the reputation of the party's brand for more than a single election cycle.

Saunders conceded that the argument in favor of the propositions -- that they would empower more people -- is "very appealing." Especially since Colorado has more than 1 million unaffiliated voters.

Public polls testing support for the measures have only been conducted in limited jurisdictions. Let Colorado Vote has raised more than $4 million, including $1.4 million from health-care executive Kent Thiry. The main opposition group, the Citizens for Integrity Issue Committee, has raised about $70,000, with more than half its funds coming from the Service Employees International Union.