When Bill Oppenheimer filed as a write-in candidate for Collier County’s District 4 commissioner, he closed the August primary to all voters who aren’t registered Republicans, disenfranchising roughly half of all eligible voters in that district.

At the time, the race included incumbent Penny Taylor, Dan Kowal, Daija Hinojosa, and Michelle McLeod. All were Republicans who had been campaigning and fundraising for at least a year.

On Aug. 25, two days after the primary, Oppenheimer withdrew as a write-in candidate on the Nov. 8 ballot, but he had already had a big effect on the race’s outcome: Kowal, his political ally, unseated incumbent Taylor in what some are saying was a calculated scheme to silence Taylor’s voters at the primary polls.

Collier school board races:Who won the Collier County School Board races? No one yet

“Kowal automatically wins after the November election and his race will not appear on the ballot,” Collier Supervisor of Elections Jennifer Edwards told the Naples Daily News.

Kowal told the Naples Daily News he neither encouraged Oppenheimer to run nor withdraw from the race.

Because of a 1998 constitutional amendment passed by Florida voters with 64% support Florida is one of nine states that operate under a system where primaries are open to all voters if all candidates are from the same political party.

However, if a write-in candidate enters the race, the primary is closed to voters of the other party and independents.

This tactic can become especially problematic in counties dominated by one political party, such as Republicans in Collier.

Related:What is the write-in vote loophole?

Opinion:Write-in loophole needs to be closed in state constitution

The 1999 Legislature tried to pass a Senate bill that would have clarified that write-in candidates would not have the same effect in primary elections when all candidates are of the same political party.

A competing House bill would have closed the primary if there was a write-in candidate in the general election.

Neither bill passed the Legislature.

Dealing with the 1999 Legislature’s failure to clarify the write-in issue, the Ethics and Elections committee in the Florida Senate issued a report on the topic.

One key observation in the report said that members of the Senate committee had “serious concerns that any person or group could field a ‘sham’ write-in candidate for the purpose of closing the primary election to party voters only.”

The report went on to say that members “felt that this would thwart the will of the voters who favored the (Universal Primary) amendment to the constitution.”

“I always thought it was evident Oppenheimer got on the ballot to close the primary,” said Jacob Winge, a Republican and president of East Naples Civic and Commerce.

He added that his withdrawal from the race “shows that it was purposeful.”

When asked why he withdrew from the race, Oppenheimer told the Naples Daily News he had “no comment.” Asked whether he filed as a write-in for the purpose of closing the primary, Oppenheimer had no comment on that question as well.

“Regardless of who benefited, it disenfranchised voters,” Winge said of Oppenheimer’s tactic.

Taylor agreed, telling the Naples Daily News that Oppenheimer had “served his purpose.”

Because the loophole exists under the law, write-in candidates accused of acting in bad faith cannot be punished by the Florida Commission on Ethics for their mere entry into election races.

Write-in candidates, like all other candidates, can, however, be punished for not following all of Florida’s election laws requirements, such as filing proper financial disclosure.

In the past decade, Dave Aronberg, the state attorney for Palm Beach County, and Sherry Plymale, the former Constitution Revision Commission member, have taken this route, filing ethics complaints against a number of so-called “sham” write-in candidates in an effort to dissuade others from continuing the practice.

“This is voter suppression in massive form. It has disenfranchised more voters than any other election scam in Florida history,” Aronberg told the Naples Daily News.

“The constitution says everyone can vote in most circumstances, and here you have phony candidates who file to undermine the will of the voters and take away their right to vote,” he said, adding “and most politicians are OK with it because it benefits them.”

And in 2020 the ethics commission reprimanded and fined Clay County Sheriff write-in Francis Bourrie $1,000 after a finding that he failed to fully and correctly disclose his financial interests.

Unlike his opponents, Oppenheimer never formally announced his campaign nor did he ever set up a campaign website.

In the past two months, he would not answer phone calls and e-mails from the Naples Daily News.

He neither raised nor spent money on his campaign. He never made campaign signs, never distributed campaign materials, and never showed up to any voter forums as a candidate.

Rather than announcing or promoting his candidacy and platform, a review of his online activity shows a devotion to his supposed opponent Kowal and a distinct, shared disdain for Taylor.

A week before the primary, Oppenheimer commented, “Dan-You’ve got this,” under one of Kowal’s campaign Facebook posts. The comment included an insult lobbed at Taylor: “Penny without makeup,” along with a photo of the Wizard of Oz’s Wicked Witch of the West.

In the same post, Oppenheimer wrote, “Penny is on the ropes!!”

From time to time his support extended to other candidates, most of which were endorsed by the Collier County Republican Executive Committee or personally endorsed by GOP state committeeman Alfie Oakes and his PAC Citizens Awake Now.

The day after Kowal won the primary election, Oppenheimer took to Facebook to congratulate him and celebrate the downfall of Taylor.

“There’s a new Sheriff in District 4! Bye Penny Taylor …” Oppenheimer wrote in one Facebook post. A day later he shared a photo of Kowal, his would-be challenger in November, standing next to District 2 Commission winner Hall and Oakes.

Election data reveals that minorities in District 4 were impacted the hardest as they were far more likely to be registered as a Democrat or with other parties compared to their white counterparts.

District 4 had approximately 54,717 eligible voters, according to a July report put out by the Supervisor of Elections Office. In District 4, 28,599 of the total voters, or 52%, were registered Republicans.

Compared to all five districts in Collier County, District 4 has the most registered Democrats with 12,023 voters, and District 1 comes in a close second with just 17 fewer.

White voters make up the majority in District 4, representing 86%. Within the white voter group 56% are Republicans.

As for Republican women voters (14,466), white women make up the majority representing 54%, while Black women make up 8% and Hispanic women represent 27%.

This means 92% of Black women and 73% of Hispanic women did not have a voice in this year’s District 4 County Commission primary.

This is not the first time a write-in candidate has made its way into a Collier Commission race. In 2010 Georgia Hiller won the Republican primary for the District 2 commission seat, defeating two opponents.

In the general election, she faced write-in candidate Chuck Roth, a Collier resident and former owner of a software development company. Roth raised $5,500 for his campaign. He ended up with 3% of the vote, solidifying Hiller as the clear victor.

In the decade since then, Collier has not seen another write-in attempt, but it has seen a handful of attempts by Democrats and no-party affiliation candidates to enter Commission races. None have been successful.

Early on in his campaign, Kowal focused his messaging on painting himself as a “conservative outsider” and Taylor as the complete opposite. This included various political ads and websites branding Taylor a “liberal” or likening her to Nancy Pelosi, a California Democrat and Speaker of the U.S. House of Representatives.

In March, he took the stage during Patriot Fest in Sugden Park in East Naples, lamenting his chances against Taylor if the primary remained open to all voters, according to a video posted to his campaign Facebook page.

“I’m not gonna sugarcoat this in any way, but I probably have the toughest race up here,” Kowal said. “It’s an open primary I’m running in, and she (Taylor) has about 2,000 Democrats” that will vote for her.

He added, “If this election stays the way it is right now, where I stand, with three Republicans going into this race, we divide the vote, and she wins.”

The video ended with a plea to the crowd: “We need to work together.”

The move was not surprising to Dave Carpenter, the elections qualifying officer, who after accepting Oppenheimer’s qualifying forms was told by Oppenheimer he had no intentions of fundraising for his campaign.

While write-in candidates are allowed to raise campaign funds, “they seldom do,” Carpenter told the Naples Daily News. “It’s usually a political maneuver 99% of the time.”

He added that it “told me he was probably in it just to block the primary, which happens a lot in Florida.”

Elizabeth Radi, a registered Republican who runs the Collier County Tenants Union and has interacted with Oppenheimer on Facebook, said she was always skeptical of his candidacy and “whether it was a strategic move to lock out Democrat voters in that district.”

If that is the case, Radi said, the “vote and voices of the district were stolen,” adding that “there are no real winners in that.”

When Oppenheimer submitted his candidate paperwork on June 15, he listed his primary residence on Mooring Line Drive in Naples and claimed it as an asset.

But, according to Zillow.com, Oppenheimer listed his Naples home for sale the next day, and then it sold on July 23. The sale is still pending.

If he had won the District 4 election, his primary residence would need to be in the district.

“It’s funny how one week you can run for county commissioner and the next week you’re moving,” Radi told the Naples Daily News, adding, “why would you have your house up for sale and then run for the district” that house is located in.

Oppenheimer did not respond to a request for comment on where he planned to move. 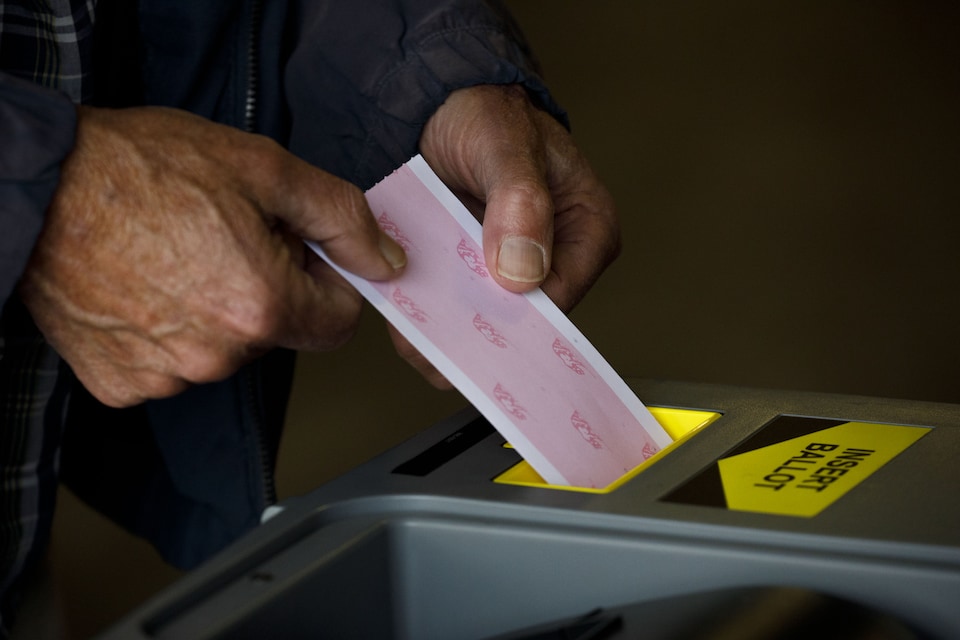