YOURS: Amendment V gives everyone a vote - Open Primaries 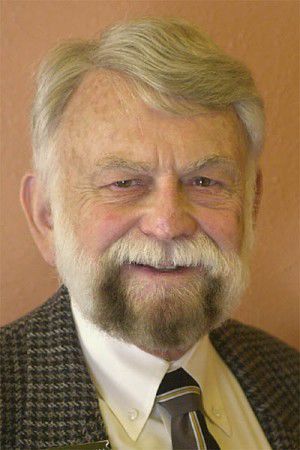 Opening up our elections to all voters is an issue I have long championed. When I was in the Legislature, I introduced a bill in 2011 that would require opening up our primary elections to independent voters. Unfortunately, the inept Secretary of State Jason Gant convinced the Senate's Local Government Committee to oppose my bill.

Today, when I ask truly qualified young people (or successful older people) to run for the Legislature, the usual reply is “it’s a closed circuit, why should I waste my time?” For example, Republican Sen. Ryan Maher, an outstanding and thoughtful legislator, had no choice but to run as a Democrat if there was any hope of being elected in his district. If he had not run as a Democrat, the “in the club” candidate Ted Klaudt would have been elected — who shortly thereafter became a convicted felon. He is now serving 54 years in the state penitentiary for sexual abuse of his foster children.

We know from our own experience that nonpartisan elections work to choose school board members, judges, mayors and city councilors. Sometimes there are candidates suggested by one party or the other, but their party is not shown with their name on the ballot. Most importantly, all voters are able to vote for whom they want regardless of party.

Nonpartisan elections have worked in Nebraska at the legislative level for over 80 years. They produce elected officials that are public servants, not party servants specifically because every voter has a voice. South Dakota deserves that kind of government.

After reviewing all the evidence, it is now clear that the only way to guarantee that every voter has a voice is to support Amendment V for nonpartisan elections.

Opponents are using the scare tactic that because party affiliation won't be on the ballot, that voters should be afraid of nonpartisan elections. It’s complete nonsense, of course.

We already use nonpartisan elections for local elections. And candidate affiliation is public information that will be publicized by the media, the candidates, the parties and, of course, by the opposition candidates. Ensuring all voters have a voice is the real transparency that our state and country desperately needs.

Please join me in voting "yes" on Amendment V — and give independent voters a voice. Every South Dakotan deserves the right to vote in the primary election.